Accessibility links
Pennsylvania Governor Calls For State To Legalize Marijuana, Citing Pandemic : Coronavirus Live Updates Gov. Tom Wolf calls for some of the revenue from marijuana sales to go toward "repairing the harm done to crime victims and communities as a result of marijuana criminalization." 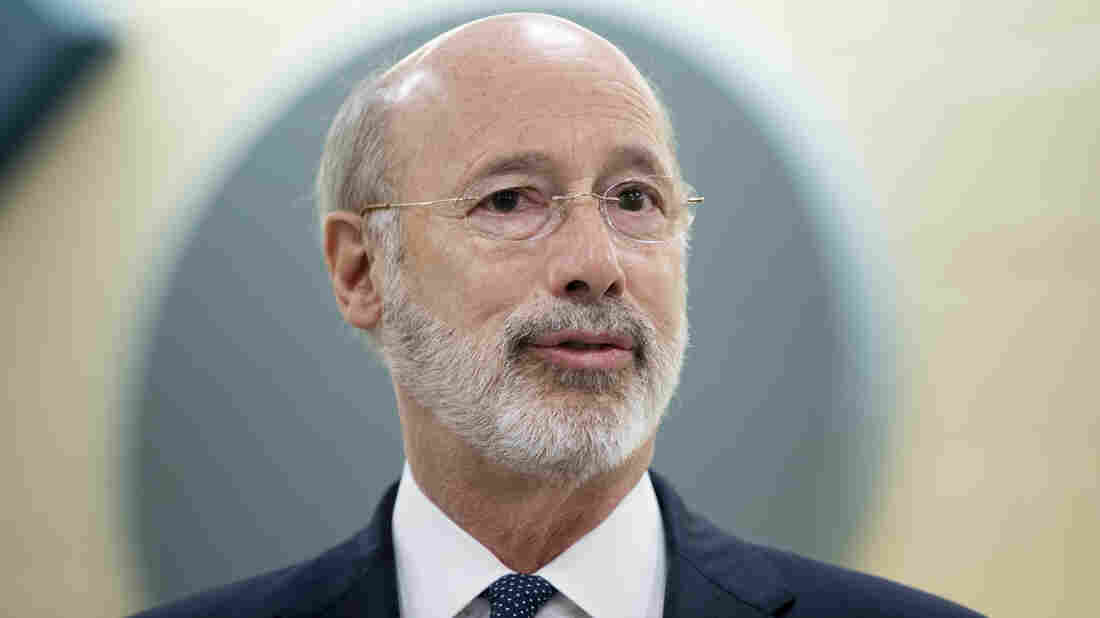 Some of the revenue from recreational marijuana sales would go toward historically disadvantaged businesses, Pennsylvania Gov. Tom Wolf says. Wolf is calling for legal pot sales as part of a plan to help Pennsylvania's economy recover from the COVID-19 pandemic. Matt Rourke/AP hide caption 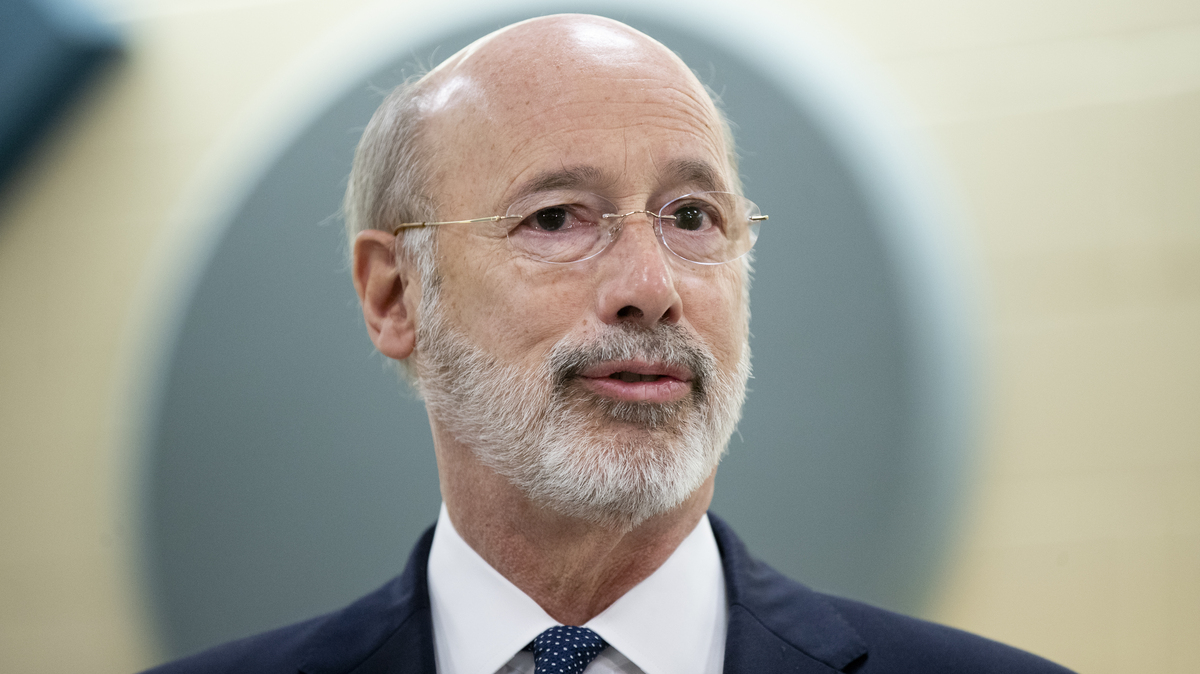 Some of the revenue from recreational marijuana sales would go toward historically disadvantaged businesses, Pennsylvania Gov. Tom Wolf says. Wolf is calling for legal pot sales as part of a plan to help Pennsylvania's economy recover from the COVID-19 pandemic.

Pennsylvania Gov. Tom Wolf is asking state legislators to legalize recreational marijuana, saying the government could use the tax revenue to support small businesses and to fund restorative justice programs.

The governor's call to legalize the sale and use of marijuana is part of a broader plan that Wolf says will help Pennsylvania's economy, which is suffering from months of shutdowns and slowdowns due to the COVID-19 pandemic.

Wolf's plan calls for some of the revenue from marijuana sales to be used to fund grants for small businesses. And 50% of that funding, he says, would be reserved for historically disadvantaged businesses.

Other revenue would go toward "restorative justice programs that give priority to repairing the harm done to crime victims and communities as a result of marijuana criminalization."

Marijuana has been legal for medicinal use in Pennsylvania since 2016, thanks to legislation Wolf signed. The state formally activated its medical marijuana program in 2018.

It's uncertain what kind of reception the Democratic governor's plan could meet in the Republican-led General Assembly. Wolf acknowledged that in recent months, Democrats' initiatives "have been stopped at every turn by the Republican majority focused on ignoring the public health crisis."

I'm calling on the legislature to legalize recreational marijuana, with the revenue going to:

At the same time, we must pursue policies that restore justice for individuals convicted of marijuana-related offenses.

House Majority Leader Kerry Benninghoff, a Republican, responded to Wolf's proposal by accusing him of being "disingenuous" by putting out "an unaffordable legislative agenda."

In a statement, Benninghoff said Wolf wants taxpayers to bail him out of the economic trouble that Republicans say was caused not by the pandemic, but by the governor's response to it.

Wolf says that in addition to cannabis revenue, the state could pay for his agenda by tapping the more than $1 billion in federal coronavirus relief money it still has in its coffers from the CARES Act.

Other elements of the governor's proposal to address the coronavirus and boost Pennsylvania's economy include a $3.00/hour increase in hazard pay for more than 200,000 frontline workers.

And in light of the many bars and restaurants that have struggled to survive the pandemic, his plan would also cancel or eliminate the state's alcohol tax for six months.

Pennsylvania Republicans have clashed repeatedly with Wolf over coronavirus-related restrictions, challenging his authority in a battle that was recently decided by a state Supreme Court ruling (Wolf won that skirmish).

As member station WITF reports, Republican lawmakers in the House plan to focus on limiting Wolf's powers when they reconvene this month.

Wolf does not face a reelection vote in November. As a two-term governor, he must leave office after the 2022 election.