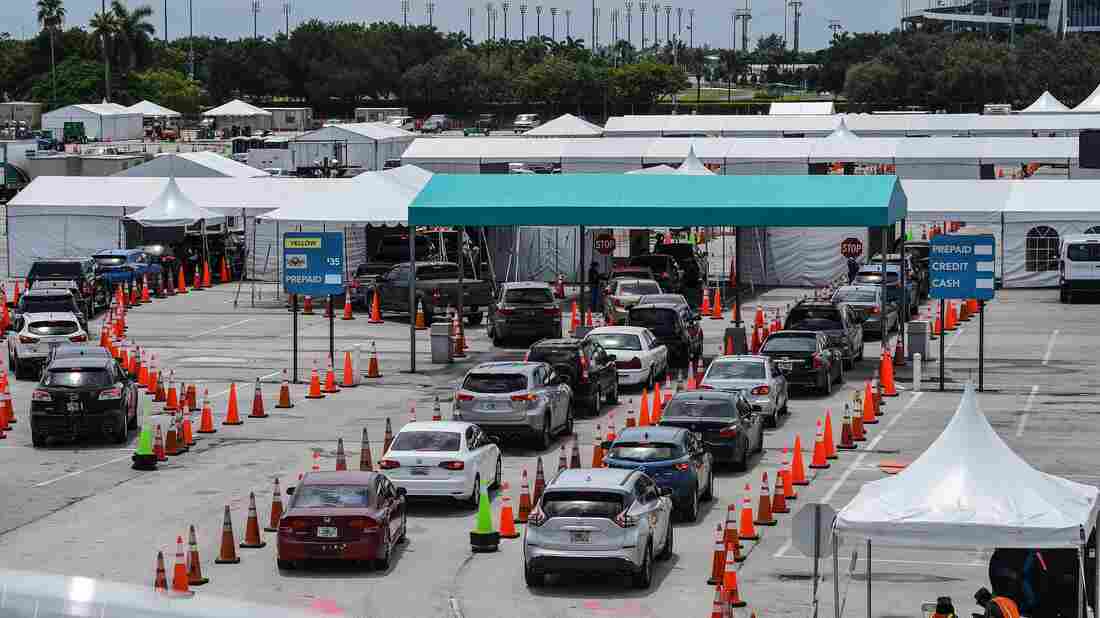 Cars line up last month at a rapid coronavirus testing site at Hard Rock Stadium in Miami Gardens, Fla. Florida's agencies have cut ties with the testing lab Quest Diagnostics over the delayed reporting of tens of thousands of test results to the state. Chandan Khanna/AFP via Getty Images hide caption 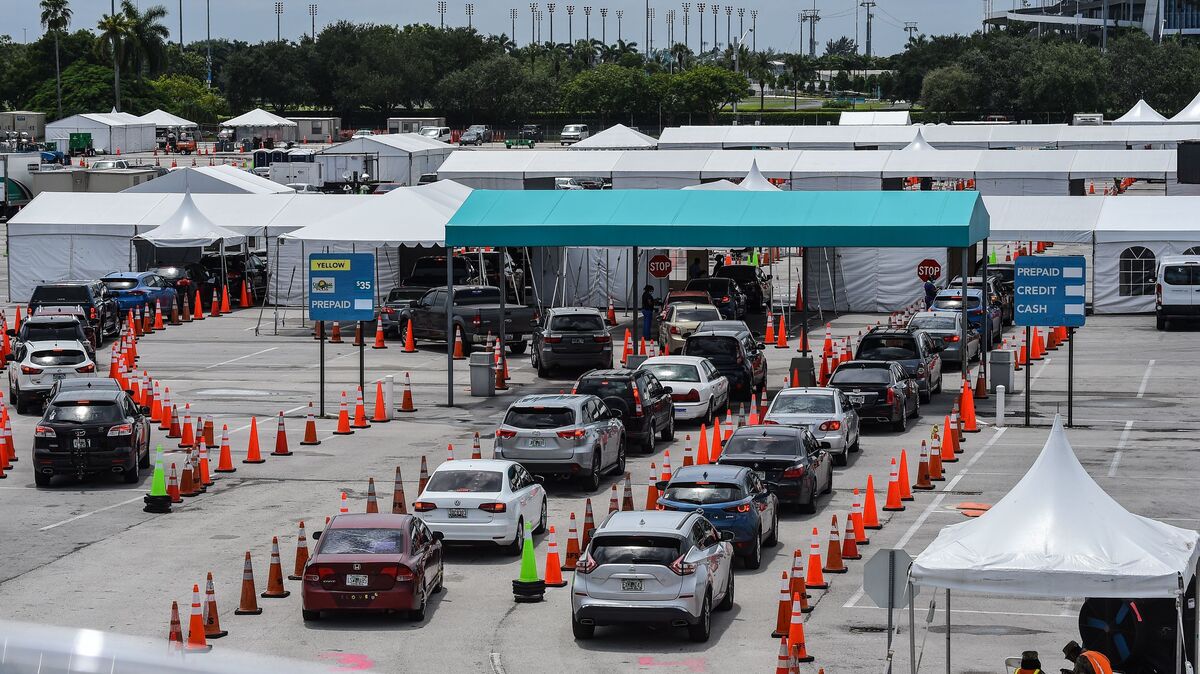 Cars line up last month at a rapid coronavirus testing site at Hard Rock Stadium in Miami Gardens, Fla. Florida's agencies have cut ties with the testing lab Quest Diagnostics over the delayed reporting of tens of thousands of test results to the state.

Florida Gov. Ron DeSantis is ordering state agencies to end their relationships with Quest Diagnostics after the large medical laboratory said it had mistakenly delayed reporting the results of nearly 75,000 coronavirus tests to the state.

The delayed results dated as far back as April. Quest has apologized, saying a technical error was at fault.

While the problem resulted in Florida's Department of Health being left in the dark about a large clump of results, it did not keep people who took the tests from getting their results, the lab said.

"The issue has since been resolved," Quest said Tuesday in a statement. "Importantly, the issue did not affect or delay reporting of test results to providers and patients."

The governor's office learned on Monday night that Quest would include the large batch of delayed results as part of its next data entry into the state's monitoring system — meaning that thousands of tests performed weeks, or even months, ago would be reported in a single day's results. The delayed release of such a large number of results could drastically change the daily statistics that officials monitor for virus trends.

"To drop this much unusable and stale data is irresponsible," the governor said. "I believe that Quest has abdicated their ability to perform a testing function in Florida that the people can be confident in."

The Florida Department of Health called it an "unacceptable dump of test results." But the agency also said that while Quest performs services at many private sites, the lab only does "limited testing" through Florida agencies.

Quest Diagnostics is one of the largest testing labs in the United States. The company said it has reported the results of some 1.4 million coronavirus tests in Florida — roughly 30% of the state's total of 4,682,883 tests that were reported as of Tuesday.

Because of the problem, the Florida health agency reported two sets of data for Monday — one with and one without the added Quest results.

The positivity rate for new cases was reported as 5.9% without the delayed results, and 6.8% with the results. Total new cases for the day were 7,643 including the Quest numbers, and 3,773 without them.