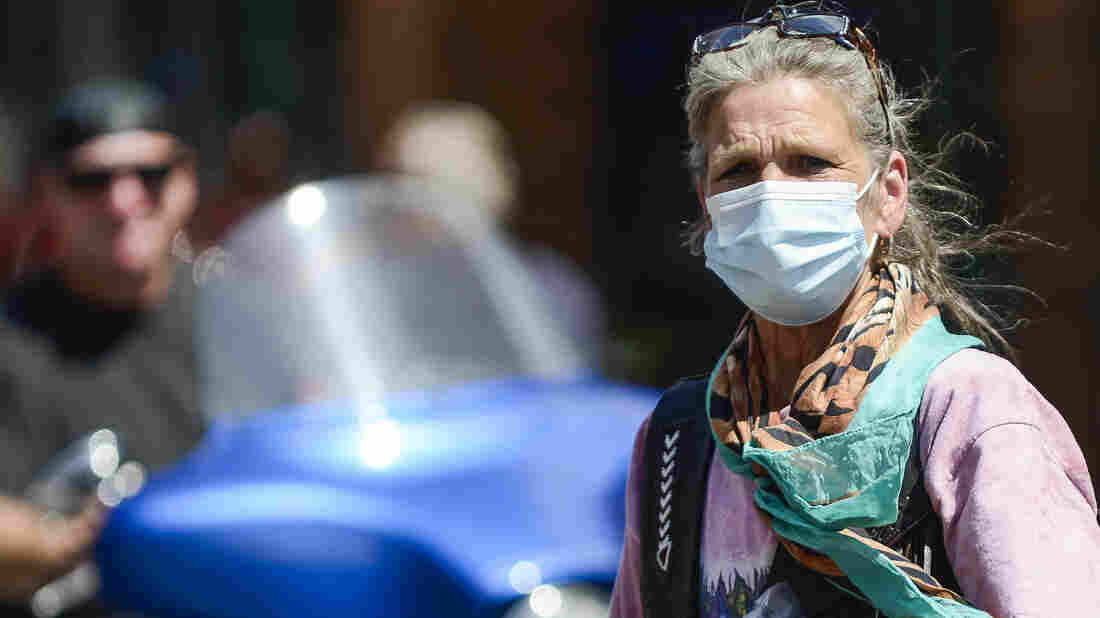 A woman crosses the street as motorcyclists ride through Deadwood, S.D., during the Sturgis Motorcycle Rally. Despite the pandemic, this year's rally drew nearly half a million attendees. Michael Ciaglo/Getty Images hide caption 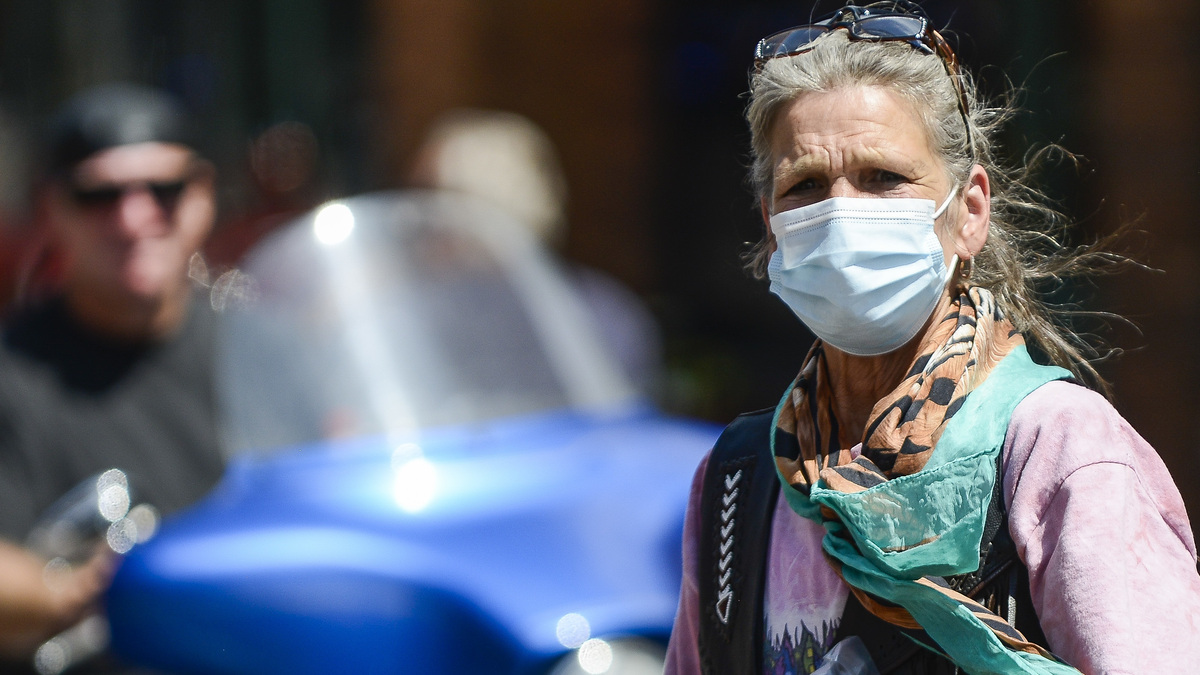 A woman crosses the street as motorcyclists ride through Deadwood, S.D., during the Sturgis Motorcycle Rally. Despite the pandemic, this year's rally drew nearly half a million attendees.

More than two weeks after nearly half a million bikers flocked to South Dakota, the tally of coronavirus infections traced back to the Sturgis Motorcycle Rally has surpassed 260, an estimate that is growing steadily as more states report cases and at least one death.

At least 12 states have turned up cases linked to the 10-day event.

The greatest share of cases so far have emerged in the rally's home state, South Dakota, which has registered more than 100 cases so far.

A Minnesota man in his 60s who went to the rally was later hospitalized for COVID-19 and died earlier this week, said Kris Ehresmann, head of infectious disease for the Minnesota Department of Health.

Minnesota has counted more than 45 cases tied to the rally, and that only includes people who got tested and then notified state health departments about their possible exposure at Sturgis.

"It's definitely frustrating because we certainly aren't surprised to see cases," said Ehresmann.

Public health experts say the number of cases linked to the event will probably never be clear.

During the event, wearing masks was not the norm among rallygoers and some events were crowded, with little social distancing, according to some reports.

"I think it's still a little early to really know how this is going to play out," says Dr. Marcus Plescia, chief medical officer for the Association of State and Territorial Health Officials.

Plescia said many health departments are already struggling with contact tracing within their own state.

"Then you bring in somebody who may have had contacts in one state and then potentially on their way back to their state of residence," he said. "It's very, very challenging, this intrastate travel issue."

Attendees had visited 61% of all counties in the U.S., according to one analysis.

The event attracted national media attention and became a flashpoint in pandemic politics.

South Dakota's Republican governor, Kristi Noem – a strong ally of President Trump — encouraged people to attend the rally, despite warnings it could seed outbreaks in her state and across the country.

Noem has resisted pandemic precautions like requiring people to wear masks while in public or limiting large gatherings. In the last few weeks, South and North Dakota have emerged as coronavirus hot spots with the highest rates of new cases per capita in the country.

But so far residents of Sturgis — a city with a population of about 7,000 — appear to have weathered the rally without any major outbreaks. The city held free testing after the rally and of the 650 people who participated, only 26 cases turned up positive.

Sturgis City Manager Daniel Ainslie said that a 4% positivity rate falls within the range that state health officials would expect to find when testing asymptomatic individuals – even before the rally.

"I think it shows that a lot of the mitigation efforts that we did proved to be very successful," said Ainslie.

Many Sturgis residents left town during the rally and those who stayed were encouraged not to have much contact with visitors and to take precautions when they did, but Ainslie also believes that visitors did a better job socially distancing than some of the pictures and stories coming out of the event suggested.

"When people were in the city, the vast majority of the visitors were very respectful," said Ainslie who makes a distinction between how people behaved within the city and outside city limits at large venues and campgrounds.

"A lot of times, there were pictures and images from those venues that were being shown and ... I would agree that a lot of that was not really being respectful of CDC guidelines."