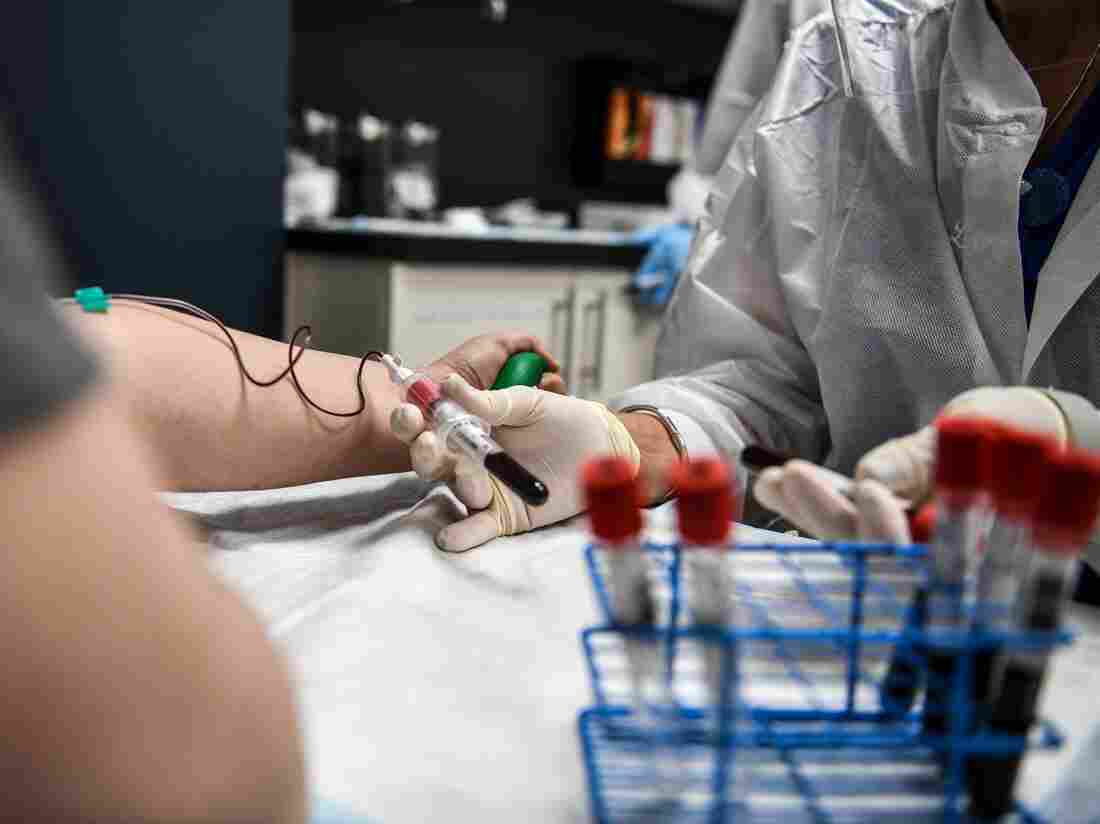 A researcher takes blood samples from a patient as she participates in a COVID-19 vaccine study last month at the Research Centers of America in Hollywood, Fla. Chandan Khanna/AFP via Getty Images hide caption 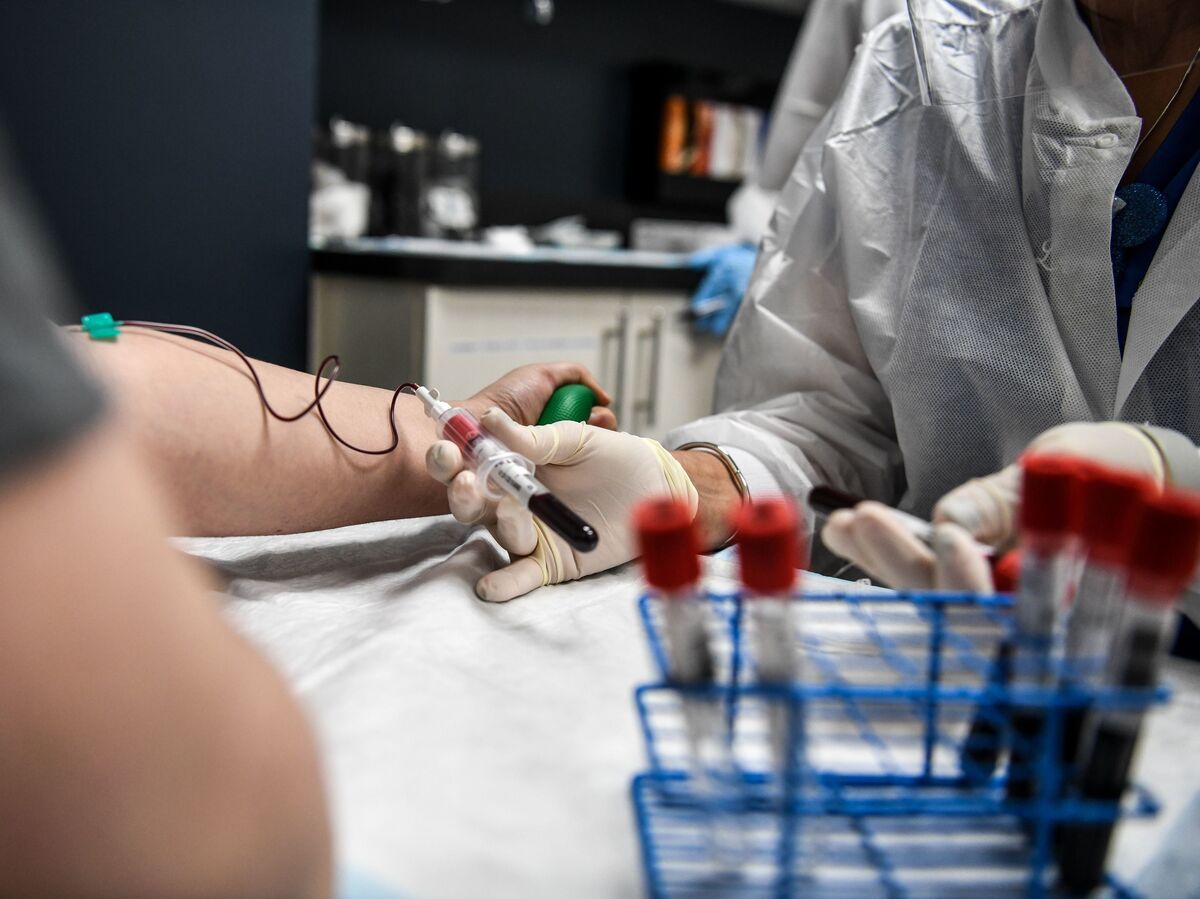 A researcher takes blood samples from a patient as she participates in a COVID-19 vaccine study last month at the Research Centers of America in Hollywood, Fla.

The Centers for Disease Control and Prevention is asking states to have a plan in place to distribute a COVID-19 vaccine as soon as late October — but that doesn't mean an effective treatment will be ready quite so soon.

In separate interviews Thursday with NPR, the chief scientific adviser to the Trump administration's vaccine development effort and the former director of the CDC's office of public health preparedness cautioned that an effective vaccine is likely still months away.

Dr. Moncef Slaoui is one of two men that President Trump has put in charge of Operation Warp Speed, which has a goal of developing a COVID-19 vaccine by January. The former GlaxoSmithKline executive said having states prepared is "the right thing to do" in case a vaccine does become ready, but he acknowledged that having one by October or November was "extremely unlikely."

"There is a very, very low chance that the trials that are running as we speak" could be ready before the end of October, Slaoui said.

"And therefore, there could be — if all other conditions required for an Emergency Use Authorization are met — an approval. I think it's extremely unlikely but not impossible. And therefore, it's the right thing to do, to be prepared in case."

Slaoui said that he "firmly" believed a vaccine could be ready by the end of the year and that "we may have enough vaccine by the end of the year to immunize probably I would say between 20 [million] and 25 million people." He said immunizing the U.S. population as a whole would take until "the middle of 2021."

His assessment follows new CDC guidance, first reported by The New York Times on Wednesday, for states to prepare to distribute a vaccine to health care workers and other high-risk groups within a matter of weeks. In another letter, CDC Director Robert Redfield asked governors to fast-track permits and licenses in an attempt to make vaccine sites operational by Nov. 1, just two days before the presidential election.

Dr. Ali Khan, former director of the Office of Public Health Preparedness and Response at the CDC, called that timetable unlikely.

"I do not believe that this is going to be ready in a matter of weeks," he said.

Khan, now dean of the College of Public Health at the University of Nebraska Medical Center, said the CDC's guidance was less a prediction, and more a typical action the agency takes to ensure that once a vaccine is ready, states can use it.

CDC Urges States To Be Ready For COVID-19 Vaccination Distribution

There are currently three different COVID-19 vaccines in phase 3 trials in the U.S., during which the vaccine is given to thousands of people to test its safety and efficacy. If a vaccine were made available as early as next month, it would shatter what is typically a years-long process to develop a new vaccine.

"I'm very optimistic about a vaccine and potentially more than one vaccine," Khan said. But the notion that one may be ready in October was "super optimistic," he said.

The CDC is facing backlash for the timing of its guidance, with critics charging that the development of a vaccine has been politicized ahead of the November election.

Khan said for his part, he was confident "that we will have good science to finally make a decision on an efficacious vaccine with a good side effect profile," but he said that "the most important thing we need right now for vaccines is trust."

Trust, however, is something with which many Americans appear to be struggling. An NPR/PBS NewsHour/Marist poll last month found that more than a third of Americans said they would not get vaccinated when a vaccine comes available.

"Trying to propose that there is going to be a vaccine available before the election actually may undermine people's trust in the process to develop an efficacious and safe vaccine," Khan said.

Slaoui said he understands why the date might concern people but added that the people working on Operation Warp Speed aren't interested in the politicization of the vaccine. He said vaccines would not be introduced before clinical trials are completed.

"For us there is absolutely nothing to do with politics, and many of us may or may not be supportive of this administration," he said. "It's irrelevant frankly."