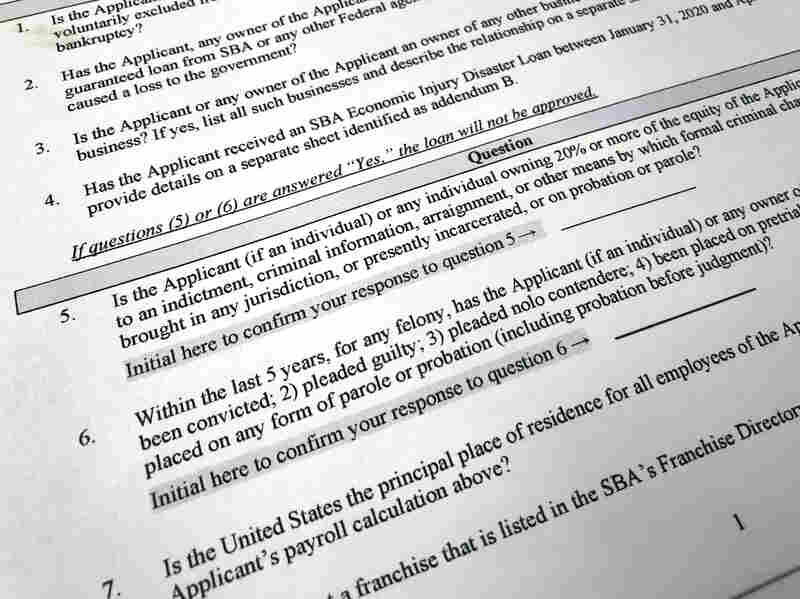 The Justice Department has accused 57 people of defrauding the Paycheck Protection Program. A portion of the program's application is shown here. Wayne Partlow/AP hide caption 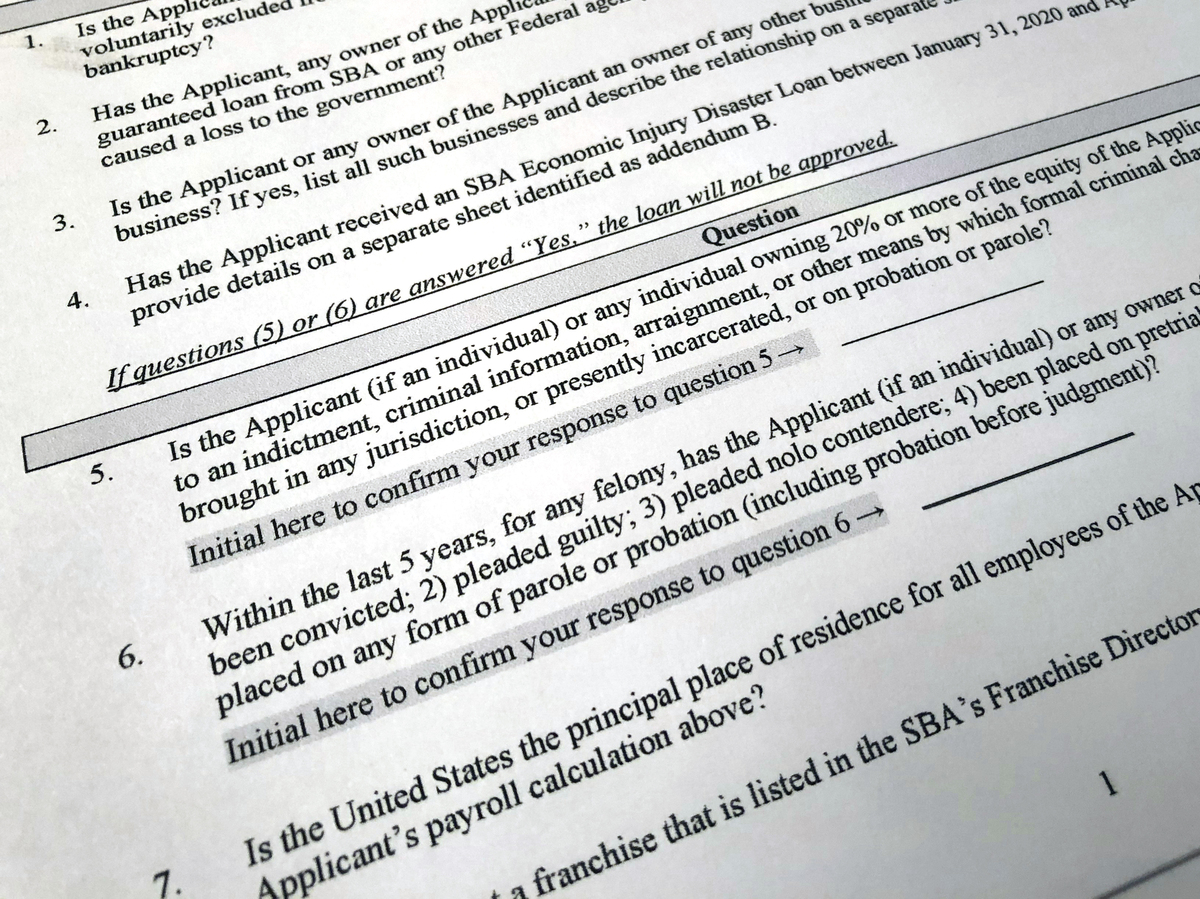 The Justice Department has accused 57 people of defrauding the Paycheck Protection Program. A portion of the program's application is shown here.

The Justice Department's Criminal Division says it has charged 57 people to date over allegedly defrauding a federal program meant to provide relief to small businesses during the coronavirus pandemic.

The Criminal Division's acting assistant attorney general, Brian Rabbitt, told reporters that those charged attempted to steal more than $175 million. They actually obtained more than $70 million, he said, and the Justice Department has been to recover or freeze over $30 million.

The Paycheck Protection Program, which was designed to help businesses keep workers on their payroll, was approved by Congress in March as the coronavirus crisis was emerging. Before it closed to new applications last month, according to Rabbitt, it doled out some $525 billion in forgivable loans.

"We allege that many of these defendants took the relief money offered by the PPP and spent it on things having absolutely nothing to do with relief," Rabbitt said. For example: A Miami man who allegedly obtained almost $4 million in funds and used some of this money to buy a Lamborghini.

Rabbitt said the cases varied in size and scope. Some were individuals who allegedly lied about details of their business – or its existence — and then used the funds for "illegitimate purposes," such as to buy luxury items. Others were involved in coordinated crime rings. The money the alleged fraudsters sought ranged from $30,000 to $24 million.

He stressed that the money taken fraudulently from the program took available funds away from businesses that needed them.

These are not the only federal cases aimed at tamping down PPP fraud — U.S. attorney's offices around the country are bringing similar cases.