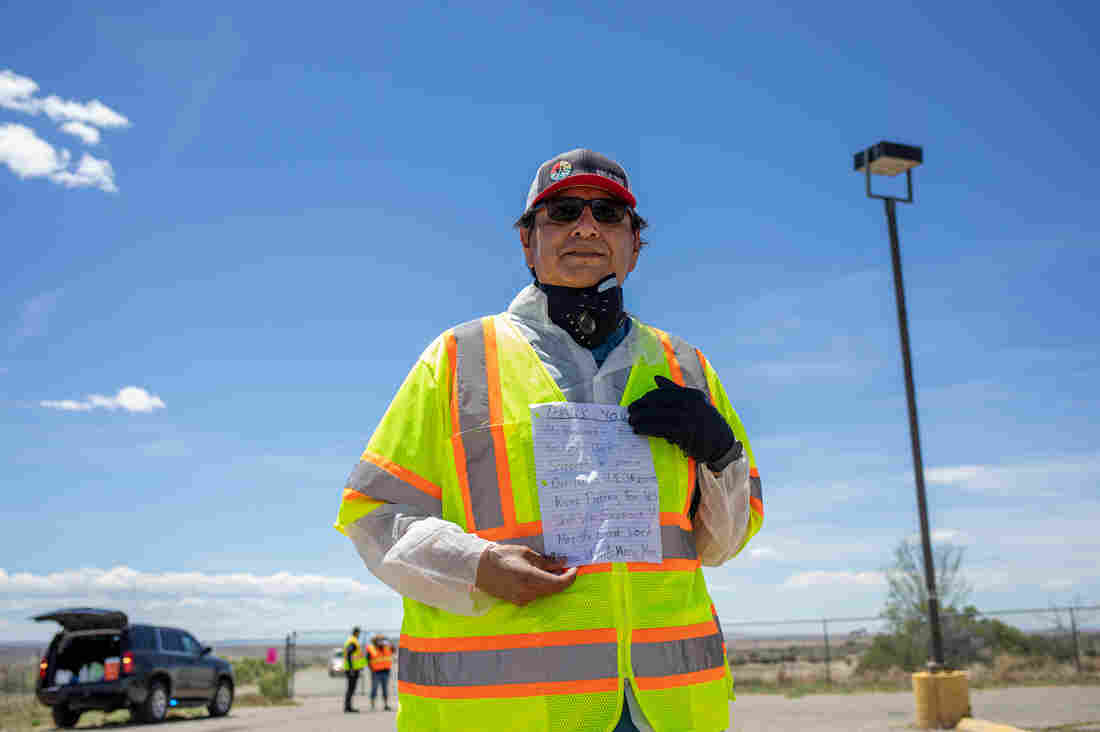 Navajo Nation President Jonathan Nez holds a letter from a Navajo family while distributing food, water and other supplies on May 27, on the Navajo Nation Reservation in New Mexico. Sharon Chischilly/Getty Images hide caption 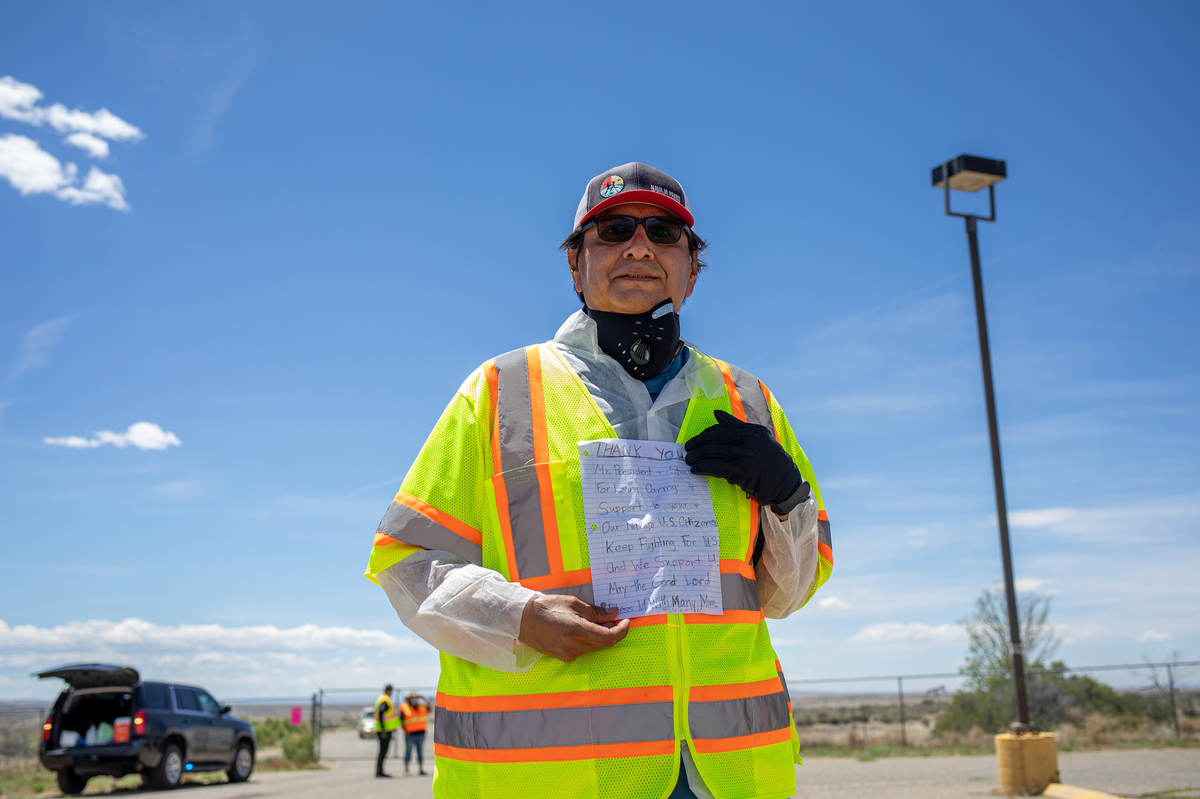 Navajo Nation President Jonathan Nez holds a letter from a Navajo family while distributing food, water and other supplies on May 27, on the Navajo Nation Reservation in New Mexico.

Earlier this year, the Navajo Nation Reservation was a major hot spot for coronavirus cases. Now, it's seen a day without a single positive case.

It's a turning point in its battle against the virus. Navajo Nation President Jonathan Nez attributes that to Navajo leaders and citizens heeding the advice of public health officials.

A few new cases have popped up on the Navajo Nation since last week, when it reported a 24-hour period without any. In May, its per capita infection rate was one of the highest in the country.

Nez tells All Things Considered that the Navajo Nation has given 99,000 residents COVID-19 tests — that's more than 50% of its total population. There have been about 10,000 positive cases.

Do you know what made the Navajo Nation so vulnerable to COVID-19?

This monster that we call COVID-19 took advantage of our strengths. And one of our strengths here on the Navajo Nation is that we like to be in multigenerational homes. We like to be with our elders, our grandparents, our parents, our aunts and uncles. And when the virus came here onto the Navajo Nation, it took off like wildfire and many families were infected within the same household.

Early on we didn't have contact tracers, we didn't know much about this virus. But now, with people investigating ... and isolating and quarantining individuals in their communities has helped to lessen the spread here on the Navajo Nation.

We mandated our citizens to wear masks early on, in mid-April. Now, we are still mandating that. And we also incorporated roadblocks. ... Right now we have a law saying that any visitor that comes on the Navajo Nation should traverse through as quickly as possible, and our tourism economy has gotten hit hard. ... We live in one of the most beautiful places in the United States, but the first thing is the health and well-being of our Navajo citizens.

Do you have advice for communities that are fighting rising COVID numbers?

Simple. Listen to your public health professionals. I wish many leaders throughout this country would do that, all the way up to the White House — you know, wearing masks. And you have to be a model as well. You gotta walk the talk. If you're telling your people to do something, you'd better be doing it yourself.

Lauren Hodges and Patrick Jarenwattananon edited and produced this story for broadcast. Heidi Glenn adapted it for the Web.