Accessibility links
U.K. Government Imposes New Coronavirus Rules : Coronavirus Updates Prime Minister Boris Johnson announces that pubs, bars and restaurants in England must close at 10 p.m. He also encourages people who are able to work from home to do so.

'This Is The Moment When We Must Act': U.K. Government Imposes New Coronavirus Rules

'This Is The Moment When We Must Act': U.K. Government Imposes New Coronavirus Rules 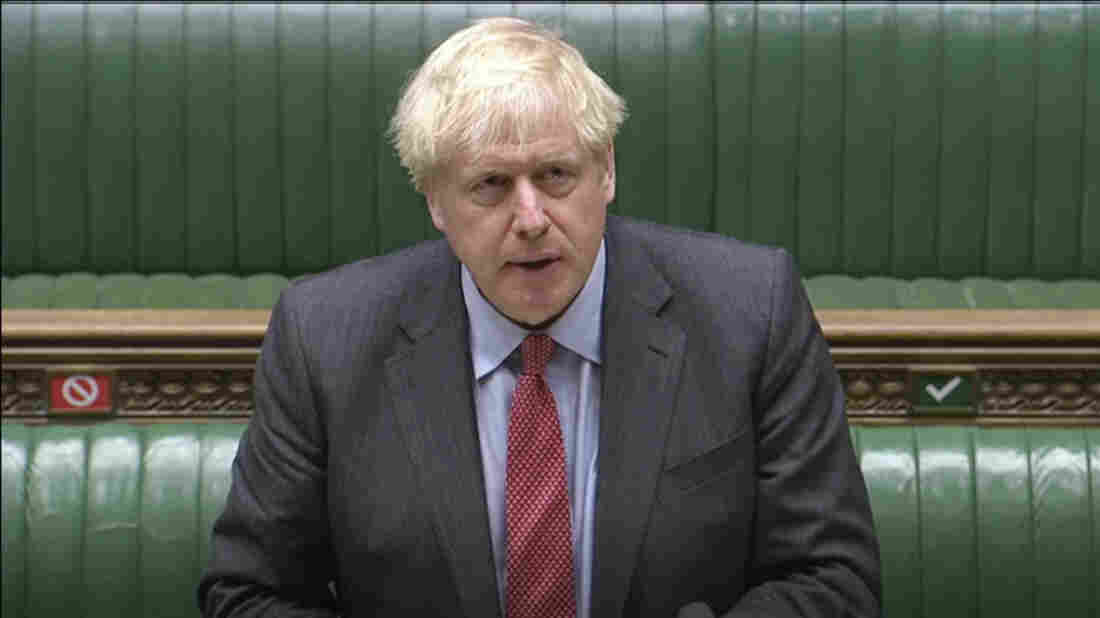 In this image taken from video, British Prime Minister Boris Johnson makes a statement to the House of Commons on the state of the COVID-19 pandemic. House of Commons/AP hide caption 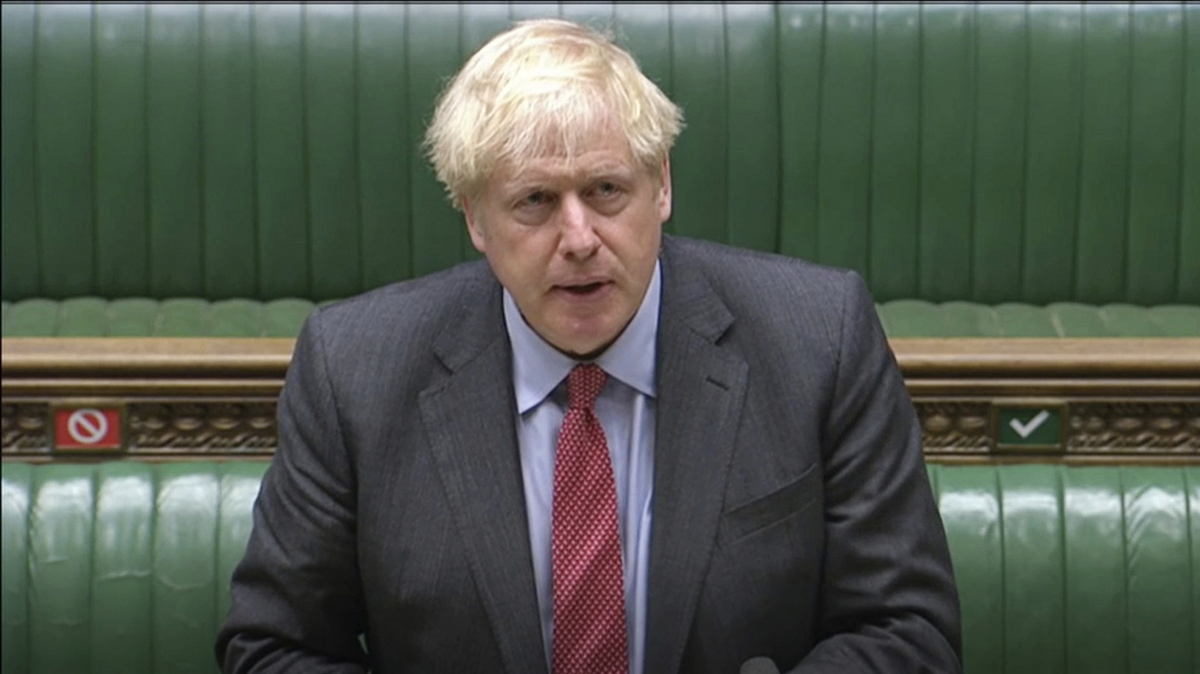 In this image taken from video, British Prime Minister Boris Johnson makes a statement to the House of Commons on the state of the COVID-19 pandemic.

After a quiet summer where life largely returned to normal, England now faces new restrictions designed to slow the spread of COVID-19.

U.K. Prime Minister Boris Johnson announced in the House of Commons on Tuesday morning that pubs, bars and restaurants in England must close at 10 p.m. He also encouraged people who are able to work from home to do so, reversing a previous government position.

"This is the moment when we must act," Johnson said. "If we can curb the number of daily infections and reduce the reproduction rate to one, then we can save lives, protect the NHS [National Health Service] and the most vulnerable, and shelter the economy from the far sterner and more costly measures that would inevitably become necessary later on."

In addition, the prime minister said weddings will be limited to 15 people, though funerals are limited to 30. These measures follow rules imposed last week limiting social gatherings to no more than six people, indoors or out.

The U.K. government's COVID-19 dashboard shows that after a surge of cases and deaths this spring, a second wave of new cases began in August and has risen sharply this month. On Monday, the U.K. reported nearly 4,400 new cases.

The government's scientific advisers say that if the virus is left unchecked, the U.K. can expect to see 50,000 cases a day by mid-October and more than 200 deaths a day by mid-November.

"We have, in a bad sense, literally turned a corner," Chris Witty, England's chief medical officer, said Monday in a national telecast. "I think everybody will realize that at this point, the seasons are against us. ... This period of the next six months, I think we have to realize that we have to take this collectively very seriously."

There is skepticism about how much of an impact Johnson's new measures will have. For instance, in suburban London, the curfew would trim the operating time of some pubs only by 90 minutes. Meanwhile, the government continues to fail to meet the demand for coronavirus testing, raising concerns it won't be able to track the virus's spread this fall.

"We warned the prime minister months ago that testing needed to be fixed by the autumn," said Keir Starmer, leader of the opposition Labour Party, responding to Johnson in the House of Commons. "But the government didn't listen. They pretended it wasn't a problem. They didn't act quickly enough. Now the testing system isn't working just when we need it."