Accessibility links
Sizzler Steakhouse Chain Files For Bankruptcy Protection : Coronavirus Updates The restaurant chain, which first opened 62 years ago, says it wants to keep all of its locations open. There are more than 100 Sizzler restaurants in the U.S. 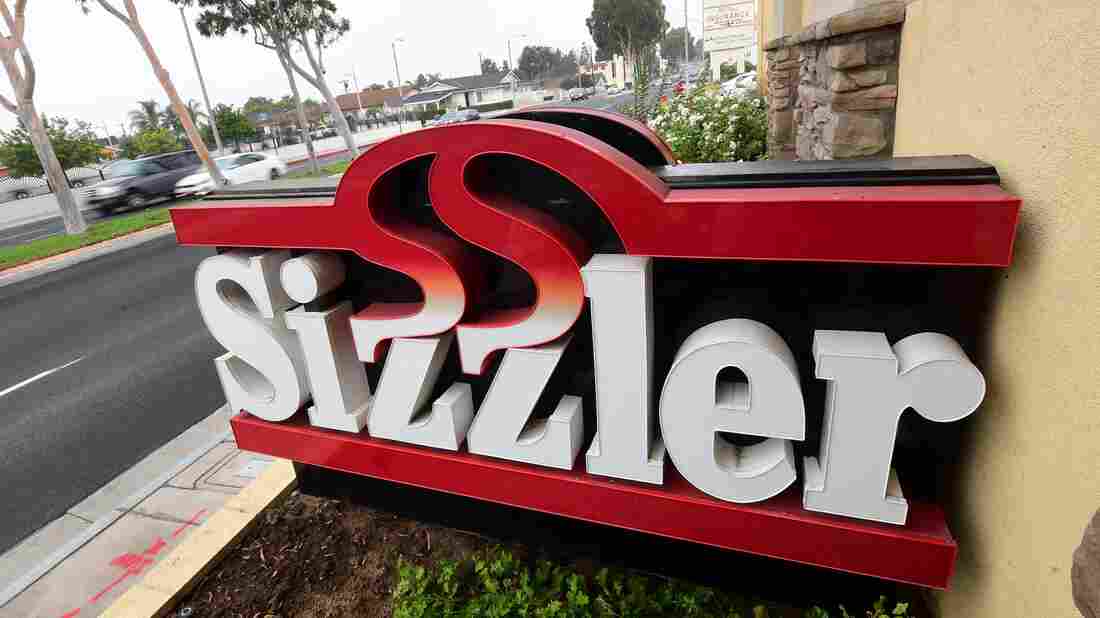 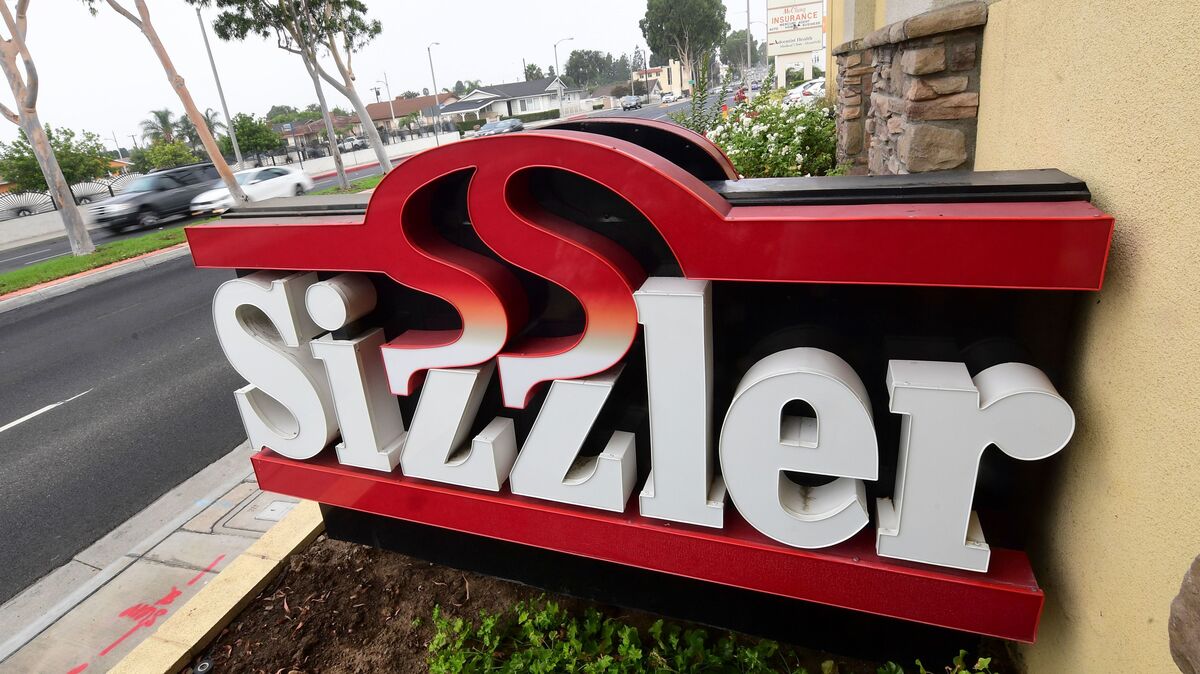 Sizzler USA has filed for bankruptcy as a result of the COVID-19 pandemic and related restrictions. Here, drivers pass a closed Sizzler restaurant in Montebello, Calif.

The venerable Sizzler USA family steakhouse chain has filed for Chapter 11 bankruptcy protection, citing a business environment roiled by COVID-19 restrictions — and saying that not enough has been done to help restaurants survive.

The company, which first opened 62 years ago, says it wants to keep all of its locations open. Sizzler says it hopes to renegotiate its leases over the next four months; it will also undergo a restructuring process aimed at reducing long-term debt.

Sizzler USA received between $2 million and $5 million in federal loans from the Paycheck Protection Program, which was designed to ease job losses from the coronavirus and help keep small businesses afloat. That's according to data released by the U.S. Treasury Department.

"It is our ultimate goal to keep all Sizzler locations open for business throughout this process," the company said in a statement sent to NPR. It added that it intends to fulfill financial commitments to employees, franchised locations and vendors.

Sizzler, based in Mission Viejo, Calif., filed for voluntary Chapter 11 protection in a federal bankruptcy court for the Northern District in California. The filing directly affects the company's 14 restaurants it owns. There are also more than 90 franchised locations, which Sizzler says "will not be impacted during the Chapter 11 process."

During the pandemic, Sizzler has been selling takeout meals, including to-go versions of its popular salad bar. Some of its locations also offer outdoor dining. And like many restaurants struggling to find customers, Sizzler is offering delivery through third-party companies such as DoorDash, GrubHub, Uber Eats and Postmates.

Sizzler got its start in 1958, when founders Del and Helen Johnson offered steak dinners for 99 cents at their first restaurant in Culver City, Calif. Sizzler currently has 107 locations in 10 states — most of them in the West — and Puerto Rico. That's down from 2018, when the chain said it had 134 locations.