Accessibility links
Coronavirus Rules: Florida Lifts All COVID-19 Limits On Businesses : Coronavirus Updates Restaurants and bars in the state can now operate at full capacity. However, Gov. Ron DeSantis says local governments can keep limits in place if they're justified for health or economic reasons. 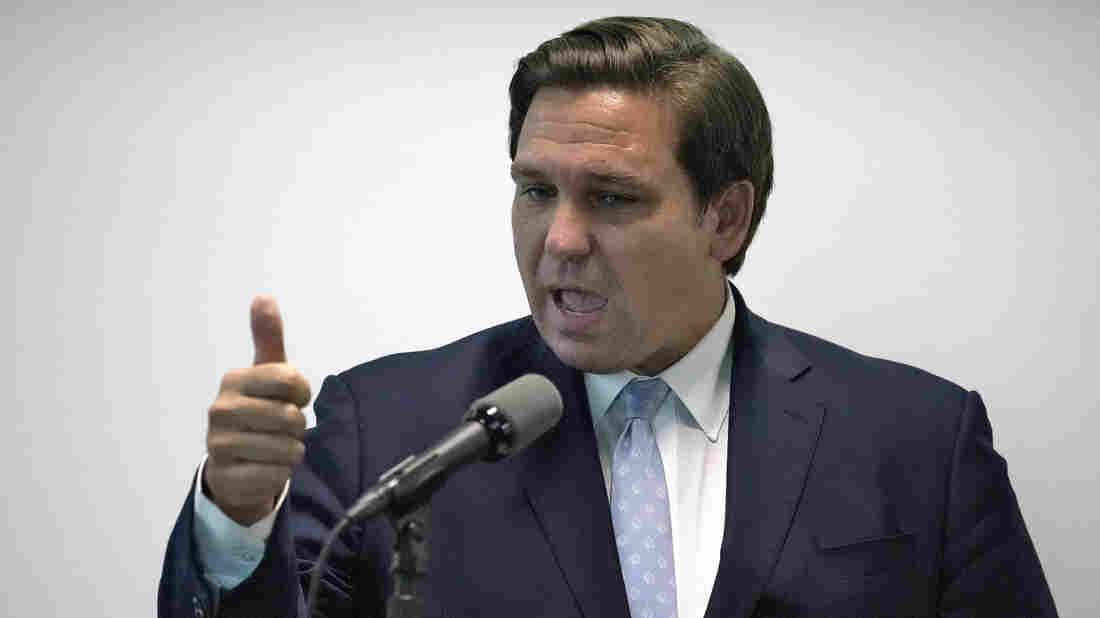 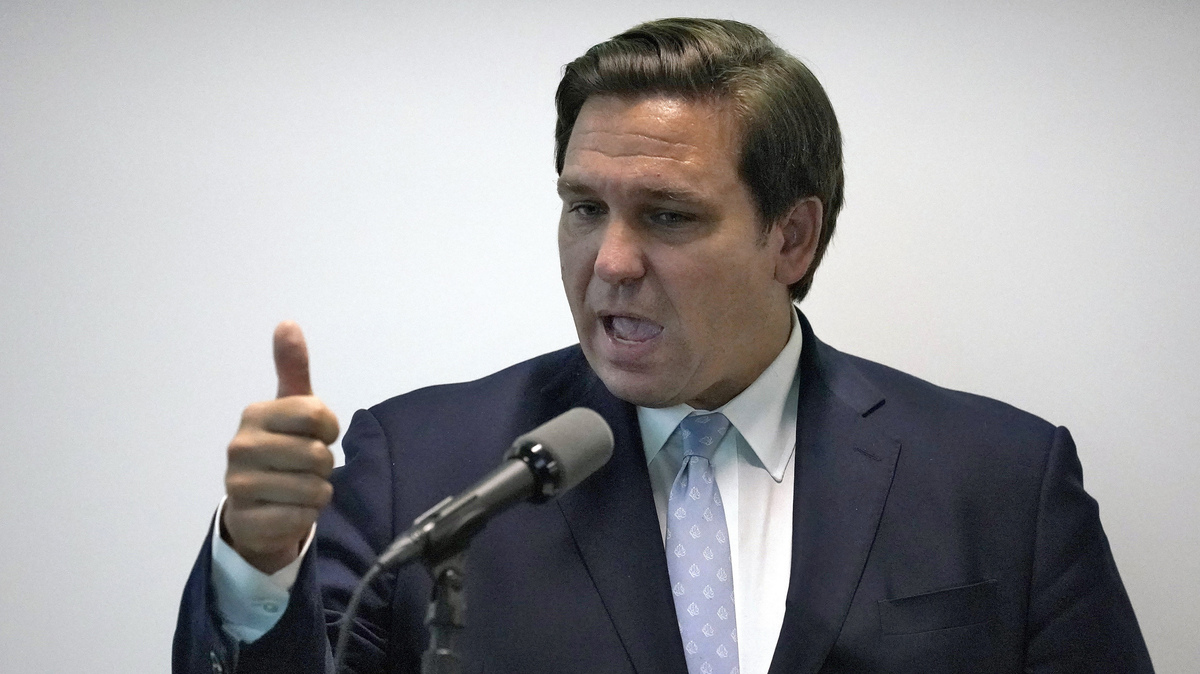 Florida Gov. Ron DeSantis, here during a news conference last month, says his state is ready to respond if a surge of coronavirus infections emerges.

Florida Gov. Ron DeSantis says he is lifting all restrictions on businesses statewide that were imposed to control the spread of the virus that causes COVID-19. Most significantly, that means restaurants and bars in the state can now operate at full capacity.

Up to now, restaurants and bars in Florida could serve customers indoors at 50% of legal occupancy. DeSantis said his new executive order lifts that restriction statewide, though local governments can keep additional limits in place if they're justified for health or economic reasons.

"Every business has the right to operate," DeSantis said. "Some of the locals can do reasonable regulations. But you can't just say no."

DeSantis also said his order would stop cities and counties from fining people for not wearing mandated face coverings. He said fines and other penalties imposed so far would be suspended.

Currently, Miami-Dade, Broward and other counties in South Florida have locally imposed limits on the hours restaurants and bars can operate and how many customers they can serve indoors.

Broward County Mayor Dale Holness told NPR member station WLRN on Friday, "We're hoping that the governor will allow us to have deeper restrictions than the rest of the state. We have a greater spread of the virus in South Florida than other parts of the state."

Miami-Dade officials said they were still assessing what the order means for the county. Mayor Carlos Giménez told The Miami Herald that he believed the county would still be able to enforce its face covering mandate but "will have to speak to our attorneys about [our] ability to enforce individual fines."

The number of coronavirus cases in Florida has dropped steadily since the peak in mid-July. Since then, DeSantis said, "we've actually seen more economic activity, more interaction. Schools have opened, all the theme parks are open, more people have visited."

Hospitalizations for COVID-19 statewide are down 76% from the peak, the governor said.

DeSantis said he's seen no signs of a possible "second wave" of infections but said that hospitals have plenty of capacity and the state is ready to respond if one emerges.

There are no restrictions on the number of people who can attend outdoor sporting events in Florida, according to the governor, who added the state hopes to host what he called "a full Super Bowl" in Tampa in February.

And if the NFL has issues with insurance costs and potential liability, DeSantis said that "maybe we'll address that after the election here in Florida with the new Legislature."