Accessibility links
Whistleblower Bright Says Sidelined From Coronavirus Response : Coronavirus Updates Lawyers for Rick Bright wrote in the addendum to his May filing that "the work of scientists is ignored or denigrated to meet political goals and to advance President Trump's re-election aspirations." 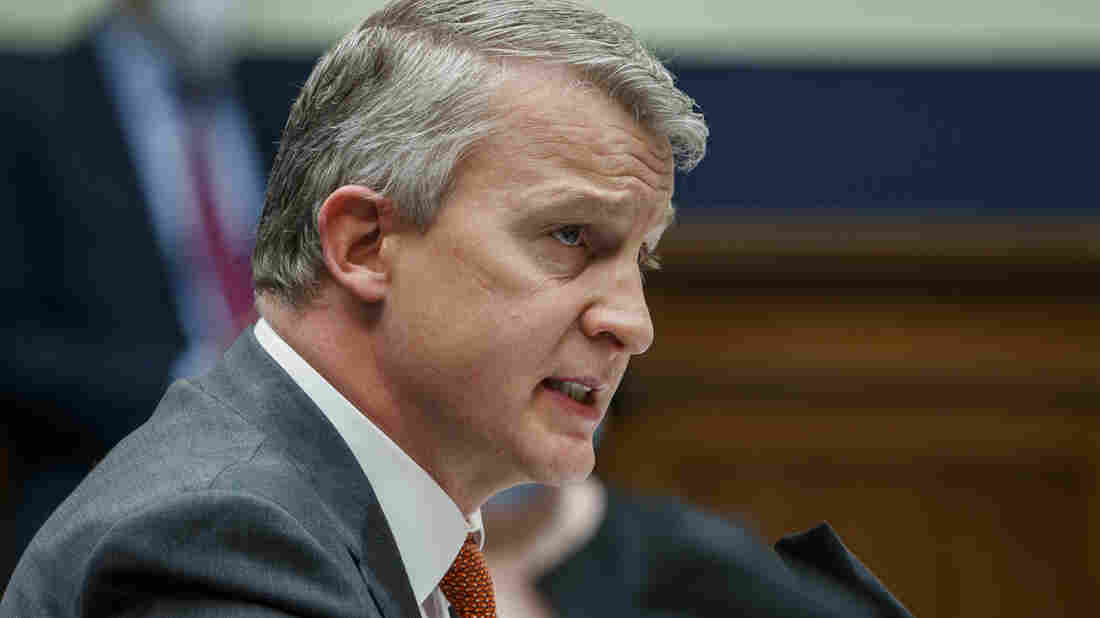 Rick Bright, former director of the Biomedical Advanced Research and Development Authority, testifies to a House subcommittee hearing in May about the government response to the coronavirus. Bloomberg via Getty Images hide caption 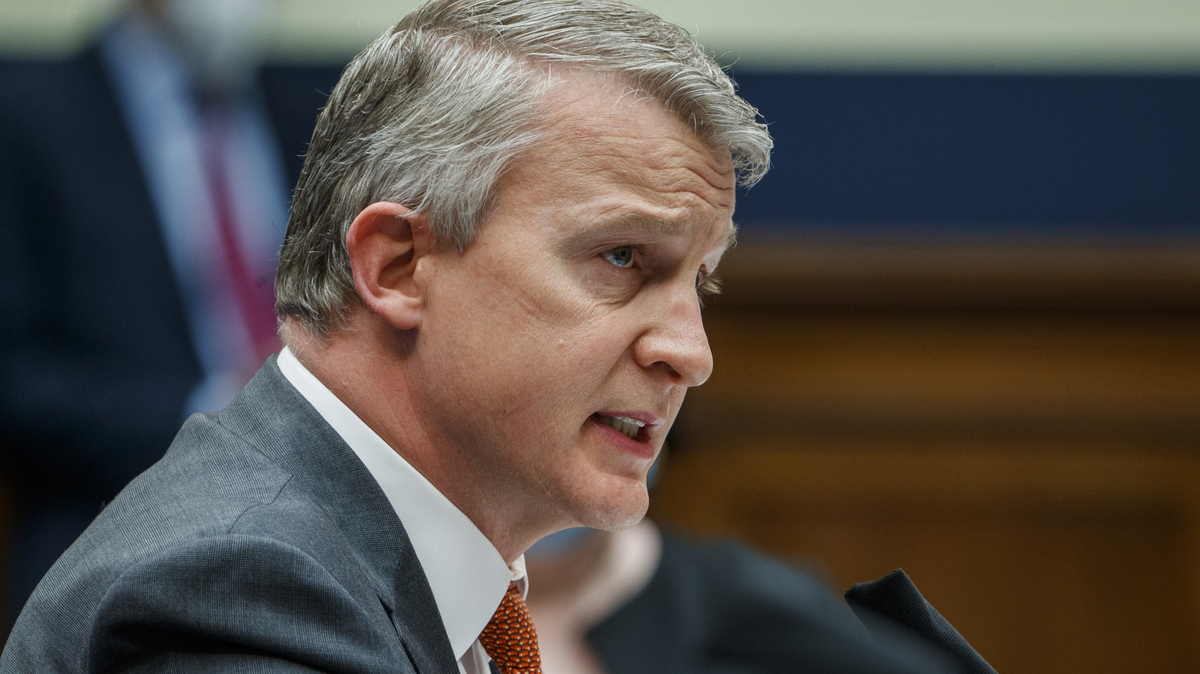 Rick Bright, former director of the Biomedical Advanced Research and Development Authority, testifies to a House subcommittee hearing in May about the government response to the coronavirus.

After a rocky, short-lived tenure at the National Institutes of Health, a former top federal scientist who clashed with the Trump administration in the early days of the U.S. coronavirus outbreak has stepped down from his post over what he said were continued efforts to thwart his work on the nation's pandemic response.

According to his attorneys, Dr. Rick Bright submitted his resignation on Tuesday to NIH leadership, claiming he was "sidelined from doing any further work to combat this deadly virus."

Alongside his resignation, Bright has leveled new allegations against top federal health officials who he said blocked his efforts to roll out a plan aimed at better identifying and testing people with the coronavirus.

"In this Administration, the work of scientists is ignored or denigrated to meet political goals and to advance President Trump's re-election aspirations," wrote Bright's lawyers in an addendum to a whistleblower complaint he originally filed back in May.

They go on to say that "there is too much at stake now for Dr. Bright to continue to stay silent," adding that his testing recommendations were not supported "because of political considerations, plain and simple."

President Trump previously referred to Bright as a "disgruntled employee."

In April, Bright, who specializes in vaccine development, was ousted from his position as head of the Biomedical Advanced Research and Development Authority (BARDA) to what he described as a "less impactful position," after he raised concerns that top federal officials were mishandling the U.S outbreak.

He soon filed a whistleblower complaint in which he details how he sounded the alarm in January about the need to prepare for the coronavirus but received pushback from administration officials.

Bright had spent about six months in his new position at NIH but had not been assigned any meaningful work since Sept. 4, according to his lawyers.

"Although not allowed at NIH to utilize his expertise in vaccines and therapeutics, Dr. Bright developed a plan to implement a robust national testing infrastructure," wrote Bright's attorneys Debra Katz and Lisa Banks in his resignation announcement.

According to the complaint, Bright's efforts to get backing from federal health officials for his testing plan met resistance from NIH Director Dr. Francis Collins, who "told Dr. Bright that he feared that the Trump administration would not approve a plan that called for broad-based testing of asymptomatic people," and worried about stepping on the toes of other administration officials.

Bright's complaint also says he asked to help lead the Operation Warp Speed vaccine and drug development teams, because of his expertise in vaccines, but never received a definitive answer from Collins or others at NIH.

In May, Bright captured attention when he testified on Capitol Hill about how the federal government failed to prepare for the U.S. outbreak in the early days of the pandemic as it played out overseas.

At the time, Bright told members of Congress that his "urgings were causing a commotion."

He also said that a major source of contention was his resistance to promoting the antimalarial drug hydroxychloroquine, which Trump touted as a possible cure for COVID-19, despite a lack of scientific data.

An NIH spokesperson confirmed Bright's resignation and said the agency does not discuss personnel issues.