Accessibility links
New Zealand Declares Victory Over Coronavirus Again, Lifts Auckland Restrictions : Coronavirus Updates "We can let ourselves once again feel pride," said New Zealand Prime Minister Jacinda Ardern, "that we managed to get to that position together." Auckland's restrictions lifted on Wednesday. 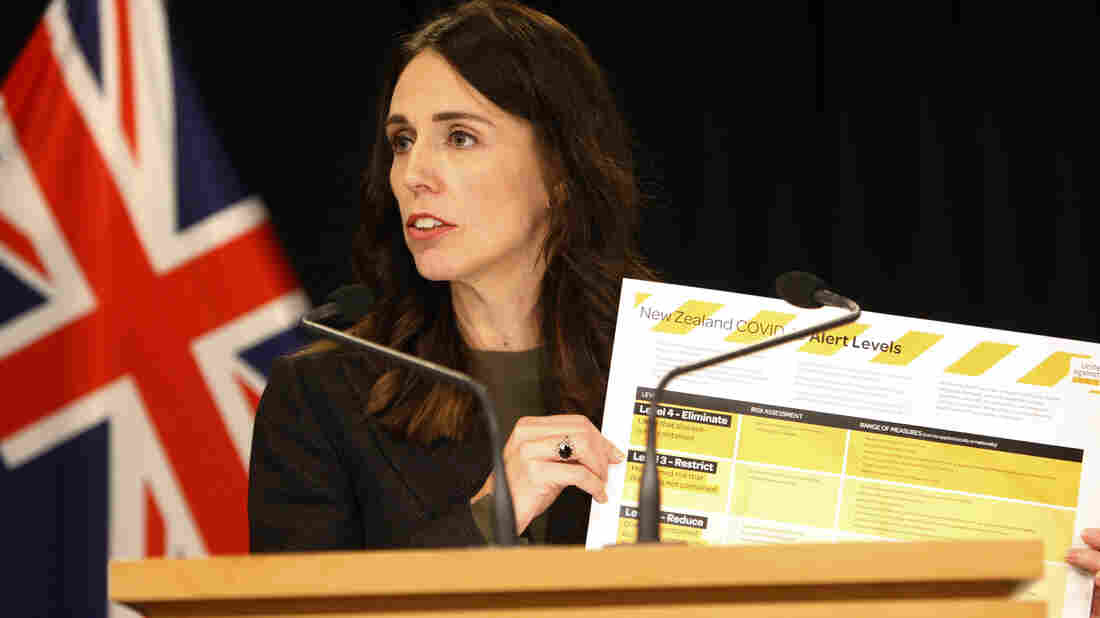 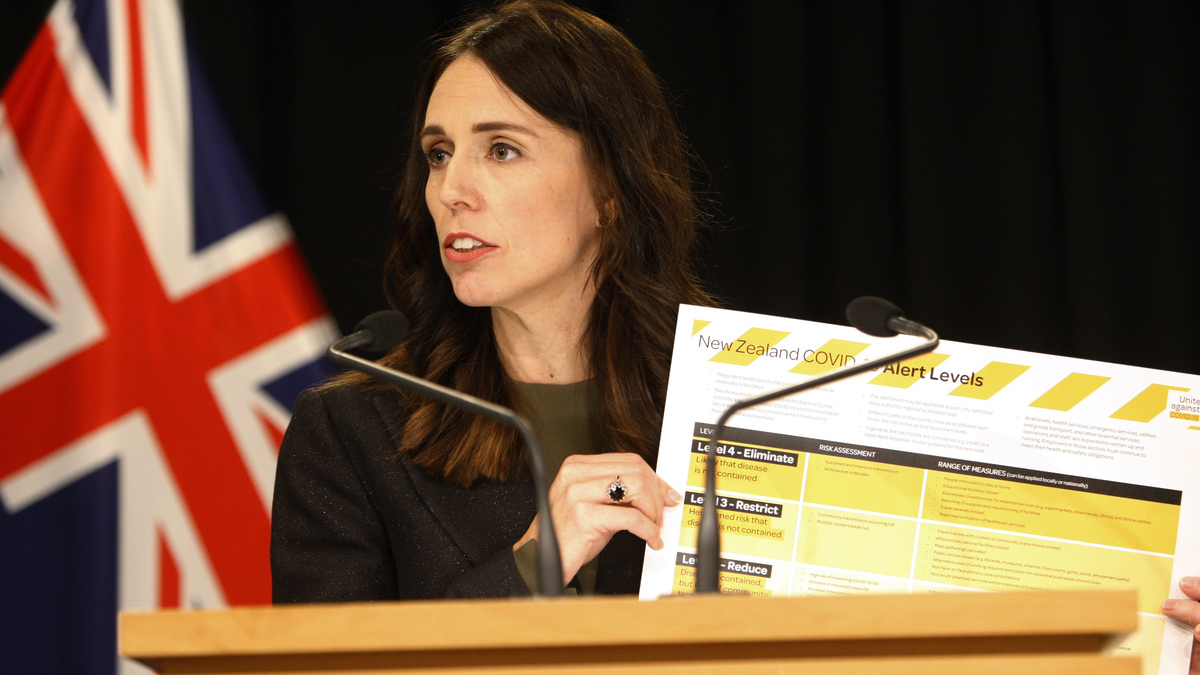 New Zealand Prime Minister Jacinda Ardern, shown here in March, says community spread of coronavirus is believed to be eliminated in the country.

New Zealand's Prime Minister lifted coronavirus restrictions on its largest city on Wednesday, after the country appears to have eradicated community spread of the virus a second time.

"We can let ourselves once again feel pride," said Prime Minister Jacinda Ardern, "that we managed to get to that position together."

After a second outbreak in August, the island country hasn't had a positive case in 10 days. On Monday, Ardern announced that New Zealand's latest COVID-19 cluster is "under control."

The prime minister said at a press conference that 179 cases have been linked to a cluster that emerged in August in Auckland. It was the largest outbreak in the country of 5 million people, which has been widely praised for its handling of the pandemic.

After more than three months without any known coronavirus community spread, the August outbreak triggered a second round of Alert Level 3 rules in Auckland.

New Zealand's health ministry said Wednesday that there are three new cases in "managed isolation," and "no active community cases of COVID-19 remaining."

"There is 95% probability of the cluster being eliminated," Ardern said. "I know for many this [lockdown] has felt harder, especially for Aucklanders," she said despite that, New Zealanders stuck to the plan and "beat the virus again."

Soon after the first outbreak hit New Zealand earlier this year, the country set up a robust system of managed isolation and quarantine facilities in hotels around the island.

These efforts paid off, and in late April, Ardern announced that New Zealand had "currently" defeated the virus.

The latest level 3 rules in Auckland were a blow to local businesses, Ardern told reporters, but she said she's confident the economy will rebound quickly.

She suggested that foregoing such restrictions would have been worse: "You only need to see around the world to see the alternative to our approach her in New Zealand."

Last week, Tedros Adhanom Ghebreyesus, the World Health Organization's director-general, warned that "every week we are adding approximately 2 million cases and we have over a million deaths worldwide." He said that many countries are effectively suppressing the virus, "with a strong leadership, clear and comprehensive strategies and consistent communication and an engaged, empowered and enable population."

New Zealand has some of the lowest coronavirus numbers in the world, with 1,861 confirmed cases and 25 deaths, according to the Johns Hopkins University dashboard.

At Alert Level 1, which is now the alert level of the entire country, people are still encouraged to wear face coverings "on public transport and when you cannot maintain physical distance from people you do not know."

Ardern said she's not only concerned about a resurgence of the virus, but about "complacency." She added that this doesn't mean "COVID is absolutely absent from New Zealand — it means there's no sign of it currently."

"We all want to avoid further restrictions," Ardern added, but "we need to stay vigilant."