Accessibility links
Former CDC Director Says Agency Has Gone From "Gold to Tarnished Brass" : Coronavirus Updates In a private, leaked letter, a former CDC director urges Dr. Robert Redfield to stand up for public health and stop the "slaughter" caused by COVID-19 in the U.S. 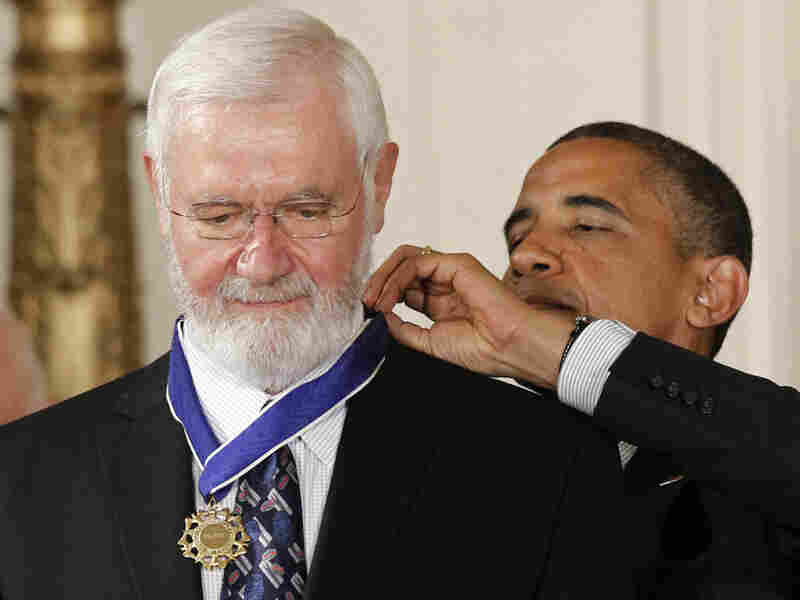 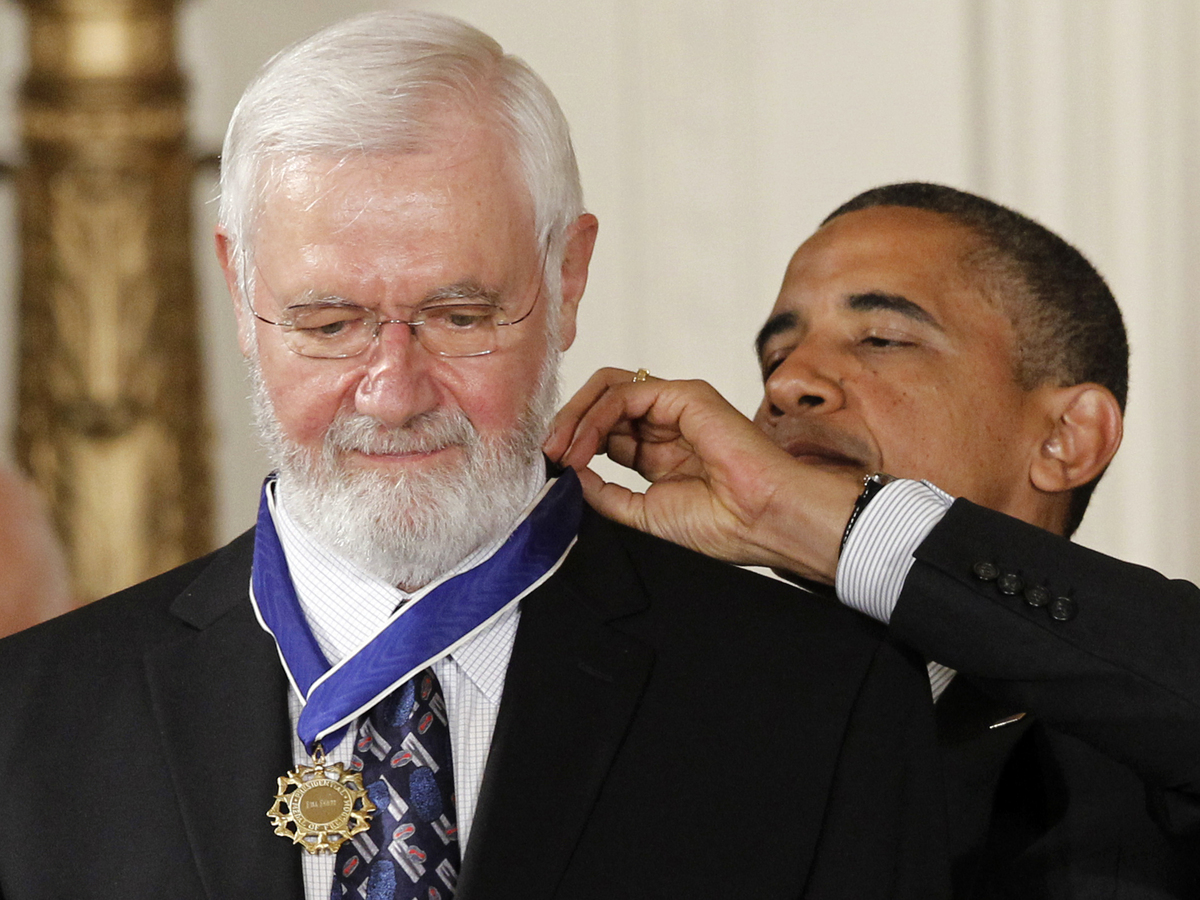 William Foege, former director of the Centers for Disease Control and Prevention, receives the Medal of Freedom from President Barack Obama in 2012.

Dr. William Foege doesn't know how his private letter to the director of the Centers for Disease Control and Prevention, Robert Redfield, got leaked — but he stands by its contents.

"I think we've got about the worst response to this pandemic that you could possibly have," said Foege, who served as CDC director from 1977 to 1983, spanning the Carter and Reagan administrations, in an interview with NPR.

He blames the White House, which he says has not allowed the CDC, the nation's public health agency, to apply its considerable knowledge to the pandemic response: "It felt to me like President Trump had his knee on the neck of the public health community holding them down so that they could not actually do their work," he says.

In a scathing letter sent Sept. 23, Foege tells Redfield that, while the CDC director has "shown great resilience in being willing to take [the Trump administration's] abuse," current and former CDC employees have lost confidence in his leadership. "At the moment, they feel you accepted the White House orders without sufficient resistance," he wrote. The letter was obtained and published this week by USA Today.

Foege says he penned the letter because he was frustrated that the nation's messy, piecemeal efforts have led to many unnecessary deaths. The situation in the U.S. "is a slaughter and not just a political dispute," he wrote.

"We have 75 years of experience at CDC on how to handle outbreaks," he says, "And we've learned a lot of lessons. And it appears to me that every one of those lessons has been violated."

Those mistakes include: lacking a strong federal strategy — which has led to 50 states having 50 different plans; ceding the CDC's authority as a source of credible, timely information to the opinions of myriad academics across the country; and maintaining an isolationist "America First" policy and refusing to coordinate with other countries during a pandemic that spans the globe.

In just six months, the CDC's reputation has gone "from gold to tarnished brass," Foege wrote, which could make it difficult for the agency to recruit top scientists and set global standards, as it has for decades. "It's incredible that one person or a group of people can tarnish your reputation to that degree," Foege says, "It's going to be hard to regain that position."

Until now, Foege has not been openly critical of the CDC's performance, but he says he felt a moral urgency to speak up. "If you know how to prevent torture and don't do it, you become the torturer," Foege said, citing writings by Auschwitz survivor Primo Levi. "This is the burden I found myself living under: that silence was complicity."

Foege hoped the personal letter to Redfield would compel the CDC director to take steps toward restoring the credibility of the public health agency. He counseled Redfield not to resign, but to take measures that would likely get him fired. He advised Redfield to write a letter to all CDC staff, elucidating and rejecting the political pressures he was under, "and to say 'We are now going to come up with a national plan, and I'll stand behind you.'" While Foege acknowledged that such a letter would probably get him fired, "he could leave with his head held high, knowing that he had done the right thing to try to correct the course of this pandemic."

What's unacceptable, Foege says, is to stay the course. "I think President Trump and Vice President Pence are doing the best they can. And that is a tragic statement," he says. The U.S. continues to lead the world in the number of coronavirus cases and deaths.

Foege says he and Redfield have exchanged emails since the letter was sent — but that those exchanges will remain private.