Accessibility links
A Coronavirus Vaccine Could Kill Half A Million Sharks, Conservationists Warn : Coronavirus Updates The use of an immune-system stimulant harvested from shark liver oil in the development of some coronavirus vaccines has animal conservationists pressing for alternatives.

Listen · 4:28 4:28
A Coronavirus Vaccine Could Kill Half A Million Sharks, Conservationists Warn 4:28 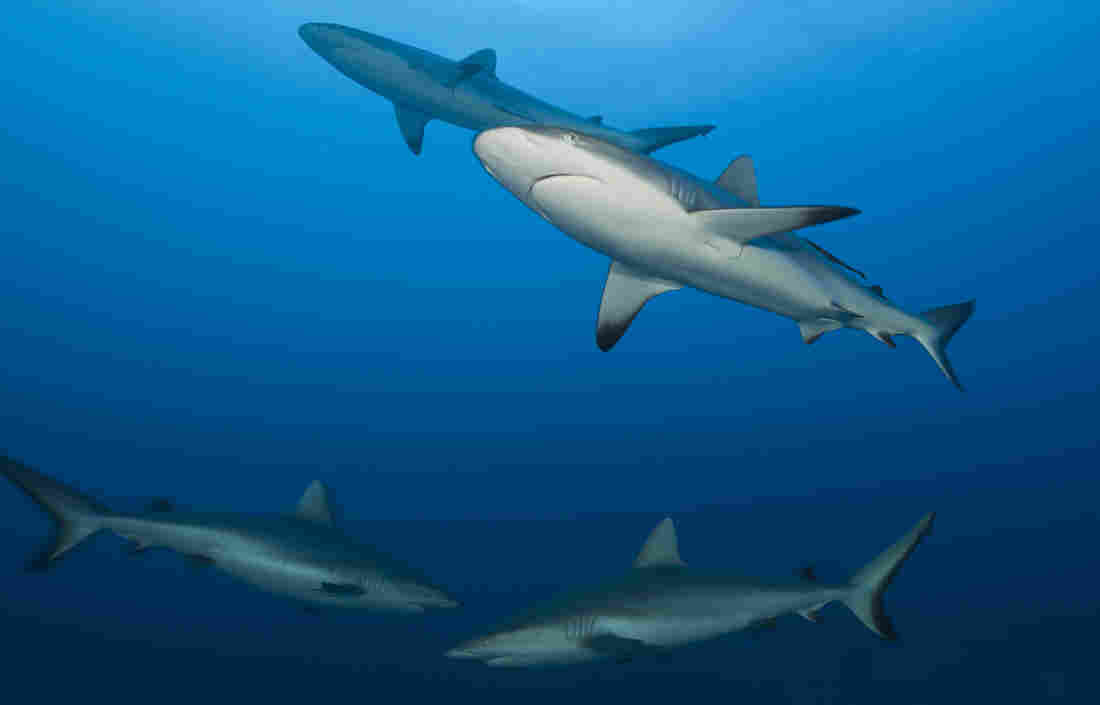 Grey reef sharks, seen in Fiji, are among the top species of sharks fished for their liver oil. Reinhard Dirscherl/Ullstein Bild via Getty Images hide caption 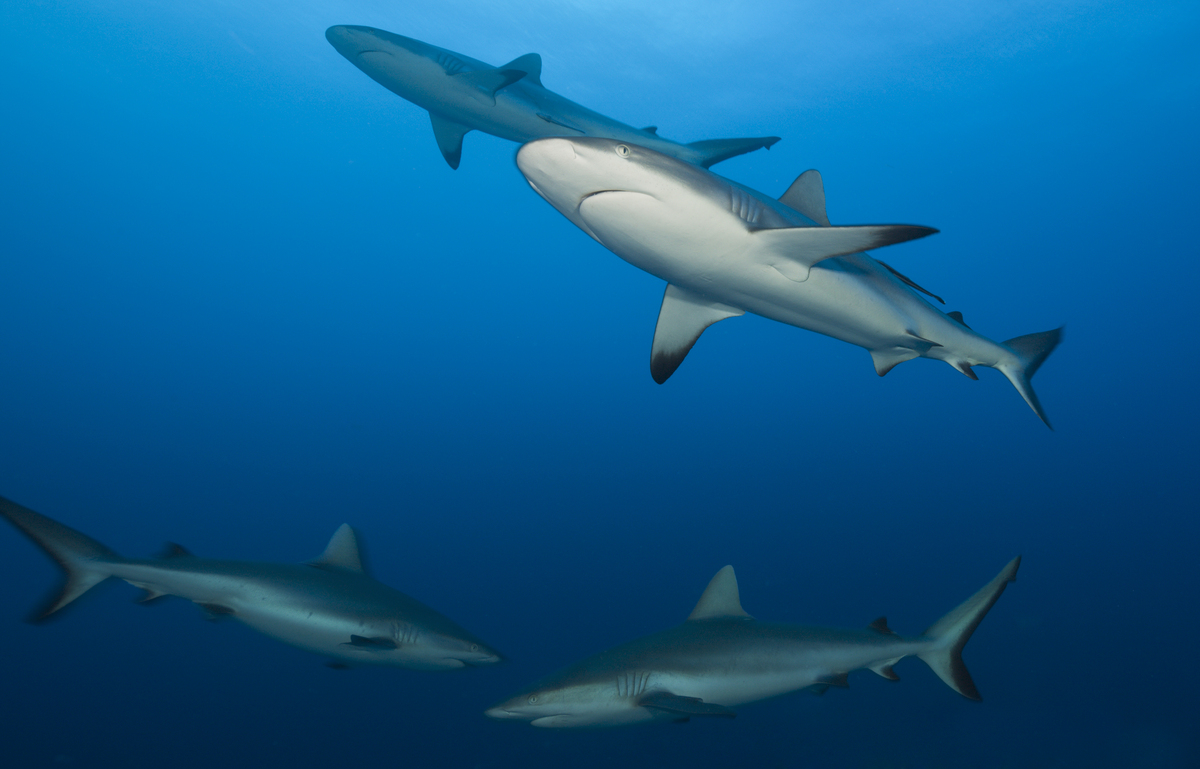 Grey reef sharks, seen in Fiji, are among the top species of sharks fished for their liver oil.

A conservation group is warning that the development of an effective coronavirus vaccine on a global scale could ravage shark populations worldwide, as researchers race to produce a vaccine using an oil derived from sharks.

Squalene, a compound that is harvested from the livers of sharks, is a common moisturizing ingredient in cosmetics. It's also used in malaria and flu vaccines as an agent that boosts the immune system's response.

Shark Allies, a nonprofit that advocates for the protection of sharks, projects that some 500,000 sharks could be killed if a coronavirus vaccine with shark squalene proves to be effective. Already, an estimated 2.7 million sharks are killed annually for their squalene to make cosmetics, according to the group.

"The problem is that squalene, used as an ingredient in a COVID-19 vaccine, will be seen as something that's unavoidable, and then as it becomes tested, it becomes the normal ingredient, and nothing else will be tested," Shark Allies executive director Stefanie Brendl told NPR's Weekend Edition Saturday.

As of Oct. 2, there were 193 coronavirus vaccines in clinical and pre-clinical evaluation, according to data released by the World Health Organization. At least five of those vaccines contain shark squalene, according to Shark Allies.

Nonanimal squalene's identical chemical nature to shark squalene should mean an indistinguishable effectiveness in vaccines, according to Shark Allies. However, the extraction of shark squalene has been a more attractive option for producers as it can cost less and yield greater quantities than nonanimal alternatives.

Brendl worries that a dependence on shark squalene in coronavirus vaccine trials is shortsighted and prevents the exploration of sustainable alternatives.

"Our ask is that we start testing the alternatives, because long term, we cannot rely on a wild animal resource for a global need of anything," she said.

When it comes to a potentially life-saving vaccine, Brendl isn't saying that shark populations are worthier of protection than humans. But conserving the ocean's top predators, she said, can in fact preserve the rest our ecosystem — humans included.

"They keep our fish stock healthy, they keep the food chain intact, they keep diseases out of other animal populations," she said. "Good luck trying to replace that when we lose them."

NPR's Andrew Craig and Dorothy Parvaz produced and edited this interview for broadcast.