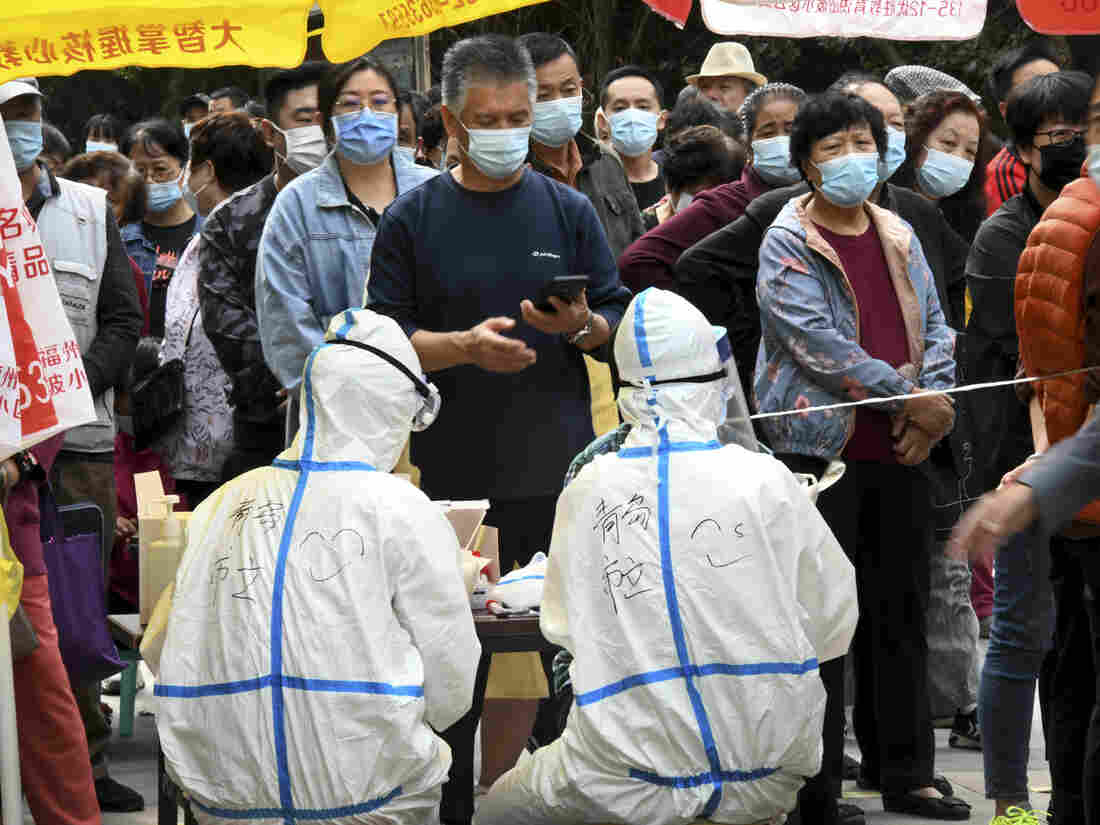 In this photo released by Xinhua News Agency, residents line up for coronavirus tests in Qingdao this week. China says it has carried out 10 million tests in the northern port city with no new cases found. Li Ziheng/AP hide caption 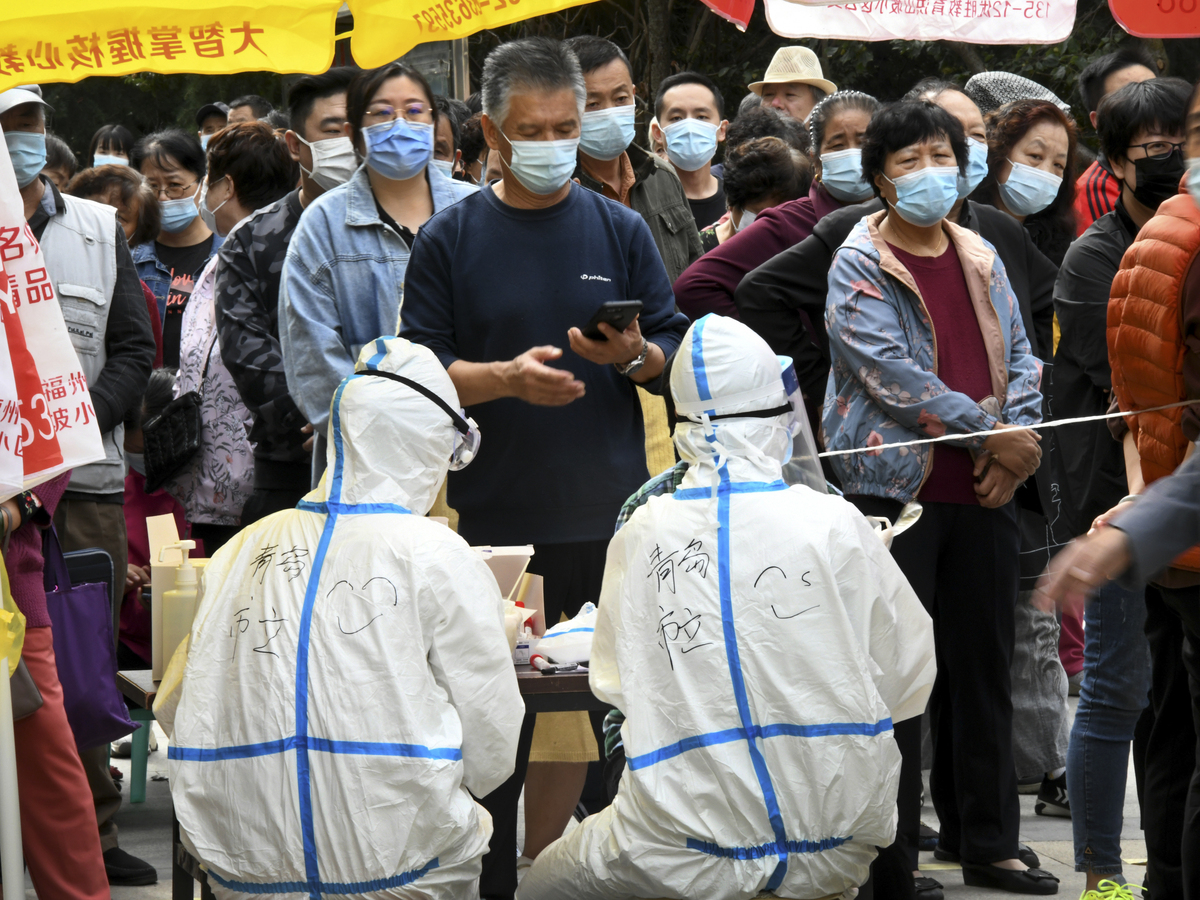 In this photo released by Xinhua News Agency, residents line up for coronavirus tests in Qingdao this week. China says it has carried out 10 million tests in the northern port city with no new cases found.

The Chinese port city of Qingdao is under soft lockdown after a cluster of 13 COVID-19 cases was discovered last weekend.

In the past five days, health authorities say they conducted more than 10 million coronavirus tests of all Qingdao residents, all of which came back negative. Still, residents have been asked to remain at home, flights to Beijing have been canceled and travelers from Qingdao to other parts of China must quarantine.

All 13 cases were traced back to a Qingdao hospital, municipal authorities said Friday. The 13 include seven patients, three health workers, a dock worker and two people in close contact with the others. Two asymptomatic coronavirus carriers were also staying at the same hospital.

According to Qingdao's deputy mayor, prior to contracting COVID-19 many of the 13 patients also suffered from tuberculosis, making them vulnerable to coronavirus infection.

On Sept. 24, Qingdao reported that two dock workers tested positive for the coronavirus during a routine health check, but neither showed any symptoms. (China tallies asymptomatic carriers separately from confirmed COVID-19 patients until an asymptomatic individual develops fever or flu-like symptoms.)

On Friday, the city of Guangzhou, more than 1,000 miles south of Qingdao, found one asymptomatic coronavirus carrier, a 40-year-old man, during a routine health check. Local health authorities say the case likely is linked to contact with an infected international traveler. The man works at a hotel used by the city for centralized quarantines and has been placed under medical observation at a local hospital.

Since March, China has instituted mandatory, centralized 14-day quarantine for any individual entering the country from abroad. Almost all COVID-19 cases in China now occur among inbound travelers.