Accessibility links
Pfizer COVID-19 Vaccine Delayed Until At Least Late November : Coronavirus Updates Pfizer Chairman and CEO Albert Bourla said in a public statement Friday that the company won't have data showing that the vaccine is safe before the third week of November at the earliest. 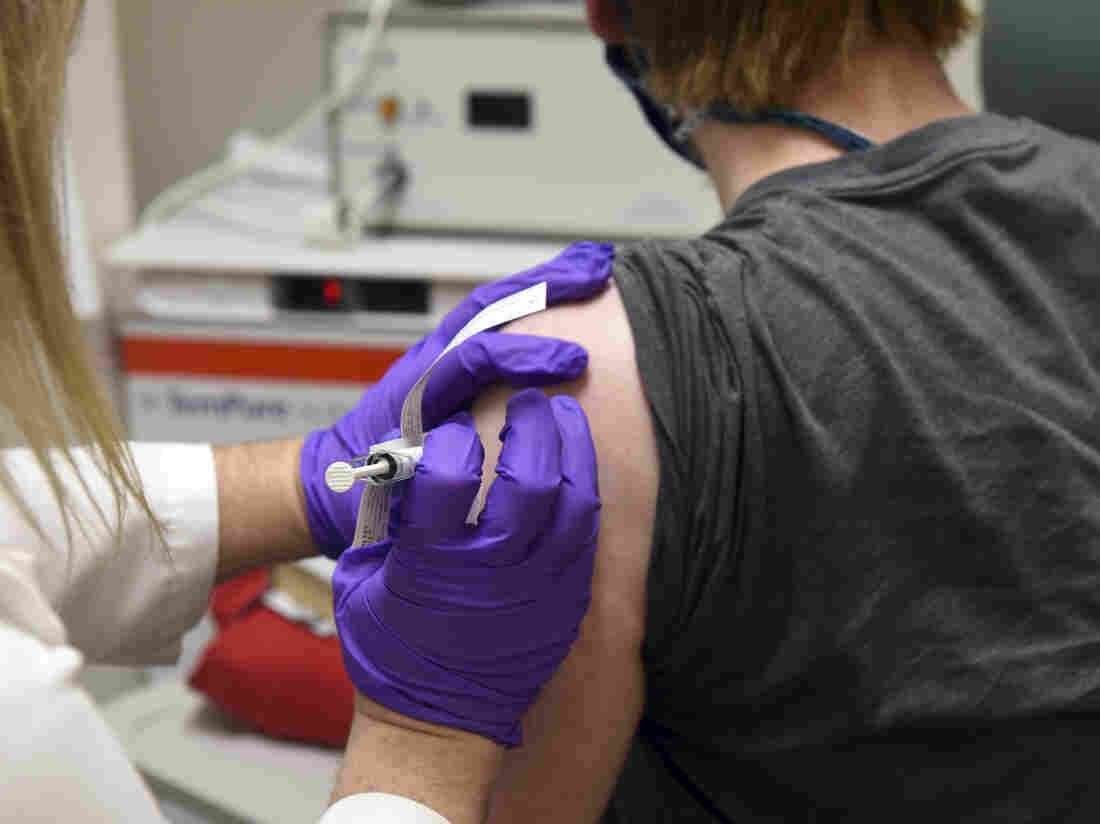 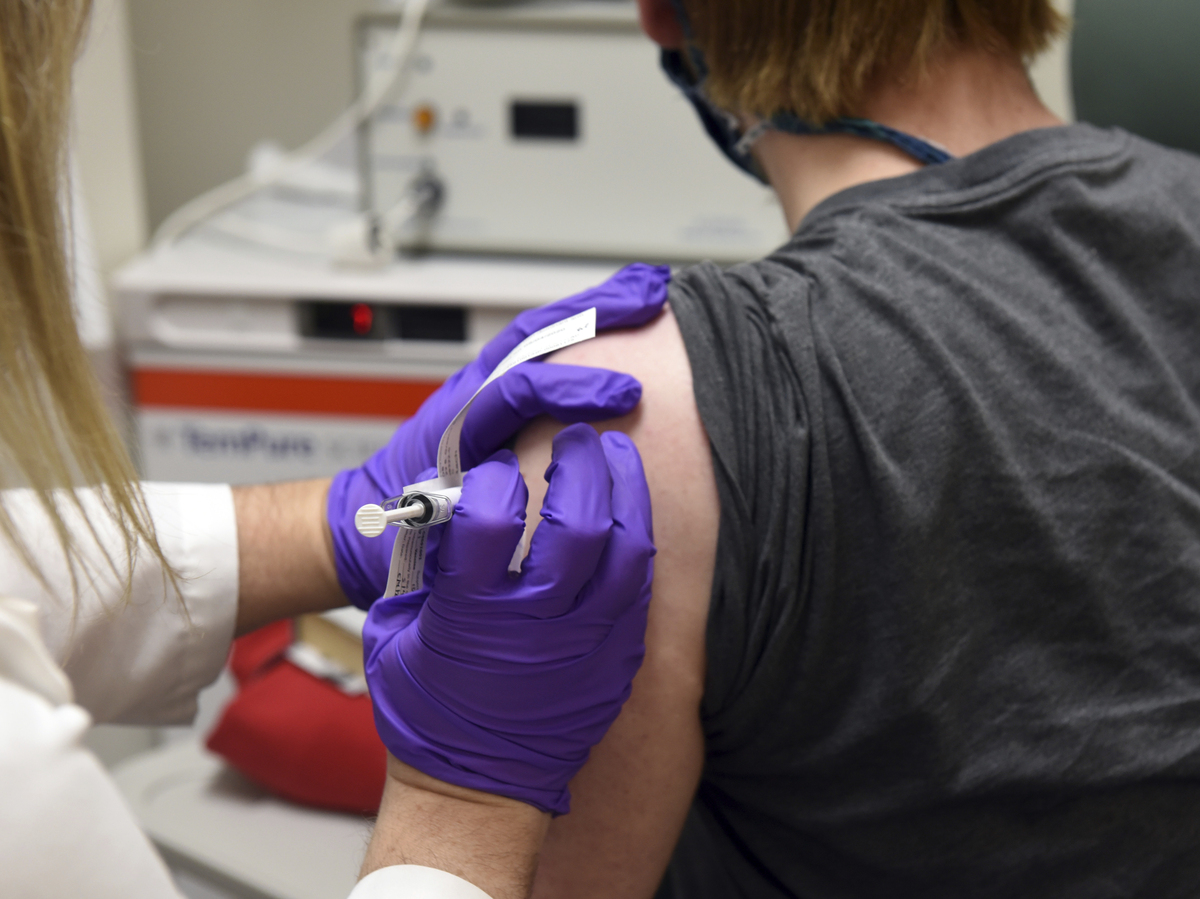 The first patient enrolled in Pfizer's COVID-19 vaccine clinical trial at the University of Maryland School of Medicine in Baltimore receives an injection in May.

Pfizer, the apparent front-runner in developing a COVID-19 vaccine for the United States, says its results won't be ready until mid-November at the earliest. That dims any lingering expectation that there could be a vaccine by Election Day, as President Trump has asserted.

Trump's hopes had been bolstered by Pfizer executives, who have said they could have clinical trial results sometime in October. Even if that were so, a pre-election vaccine would mean the Food and Drug Administration would have to give an almost immediate thumbs-up.

Pfizer Chairman and CEO Albert Bourla said in a public statement Friday that it is indeed possible the company could have enough data to know this month whether the vaccine it is developing actually protects people from COVID-19. But the company won't have data showing the vaccine is safe before the third week of November at the earliest.

The FDA said earlier this month that, before it reviews a coronavirus vaccine application, a company must have safety data that extends for a median of two months. That means Pfizer needs to wait until half of the volunteers in its ongoing trial have been followed for at least two months before the company can submit its material for FDA review.

"We estimate that we will reach this milestone in the third week of November," Bourla wrote.

The company has been waiting for a certain number of people in its study to come down with COVID-19. Once that threshold has been reached, scientists can analyze the data and see whether those who got sick were in the group that got vaccinated or in the comparison group, which received a dummy shot. The vaccine must reduce the risk of infection by at least 50% to be considered for FDA emergency authorization.

Polls show many Americans are hesitant about taking a coronavirus vaccine and concerned that the approval process could be driven by politics. But vaccine companies have said they won't let that happen, and Pfizer said its announcement underscores its commitment to safety.