Accessibility links
Top Palestinian Official Receiving COVID-19 Treatment In Israeli Hospital : Coronavirus Updates Palestinian politician Saeb Erekat is in critical but stable condition in Hadassah Hospital, where he has been moved after reportedly testing positive for coronavirus earlier this month. 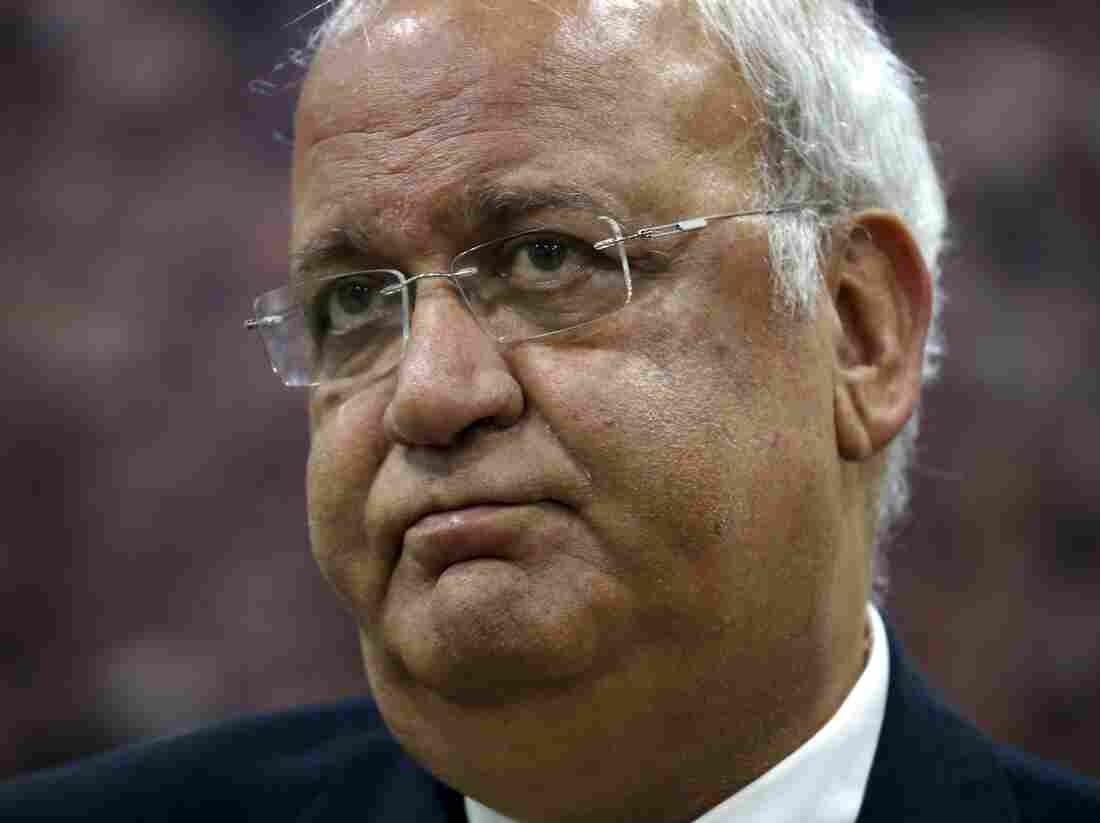 Saeb Erekat, Secretary-General of the Palestine Liberation Organisation and chief Palestinian negotiator, talks to reporters in the West Bank city of Ramallah in March. Erekat is being treated in a Jerusalem hospital after contracting COVID-19. Abbas Momani/AFP via Getty Images hide caption 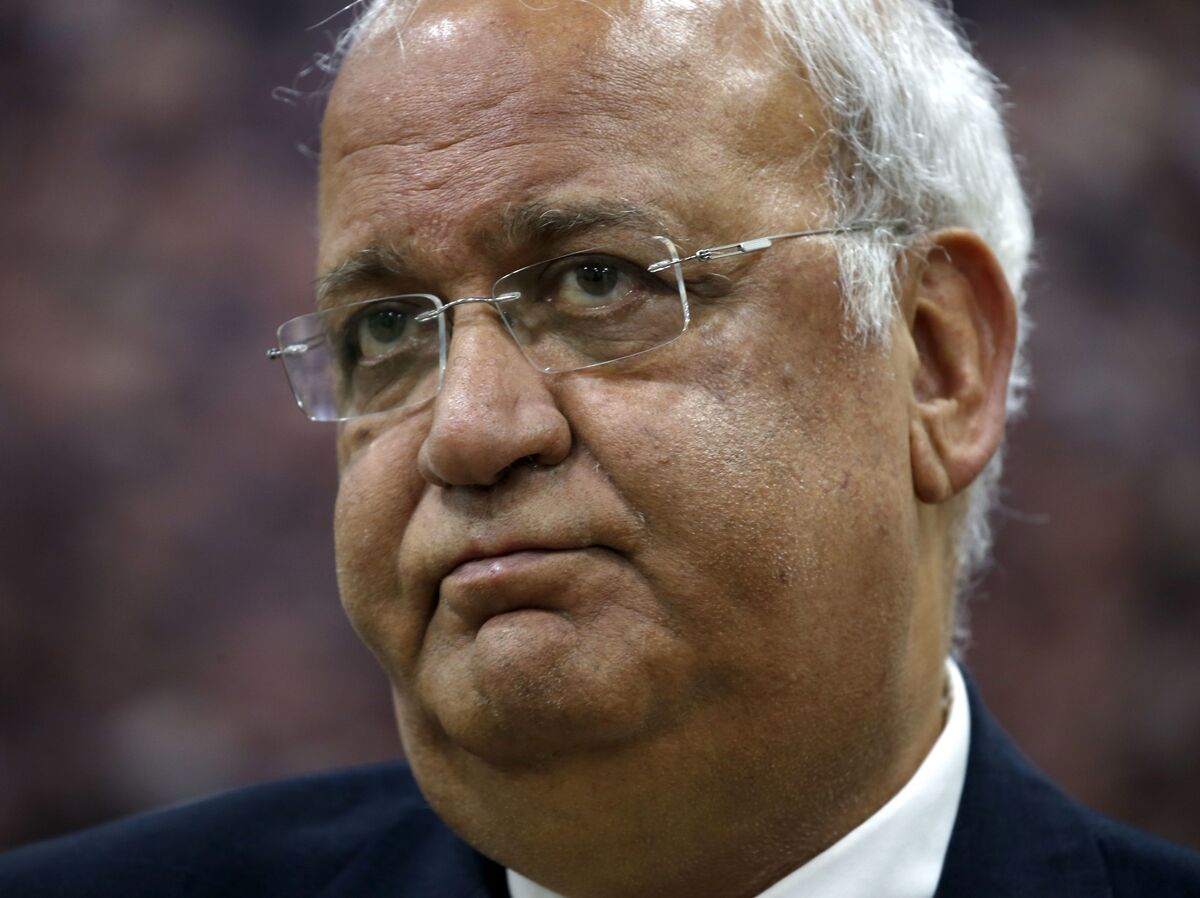 Saeb Erekat, Secretary-General of the Palestine Liberation Organisation and chief Palestinian negotiator, talks to reporters in the West Bank city of Ramallah in March. Erekat is being treated in a Jerusalem hospital after contracting COVID-19.

Chief Palestinian negotiator Saeb Erekat is being treated for COVID-19 in a Jerusalem hospital, according to the hospital, after Israel gave the OK for his transfer from the West Bank.

Erekat, 65, received a lung transplant in the U.S. in 2017 after suffering from pulmonary fibrosis. He reportedly tested positive for coronavirus earlier this month.

A PLO statement said Erekat required medical attention at a hospital after contracting COVID-19 and "due to the chronic health problems [Erekat] faces in the respiratory system."

Wishing @ErakatSaeb a full and speedy recovery. Stay strong, my friend! The future of the #Palestinian people need your commitment to peace, democracy and statehood. You are in the hands of some of the best doctors in #Israel— the unsung heroes in the battle against #COVID19.

Erekat is "critical but stable," is sedated and on a ventilator, Jerusalem's Hadassah Hospital said in a statement.

"Mr. Erekat poses an immense challenge for coronavirus treatment given his lung transplant and suppressed immune system, and a bacterial infection in addition to the coronavirus," hospital spokeswoman Hadar Elboim said in a written statement.

Palestinian patients needing advanced treatment seek care in hospitals in Israel, though many patients are currently blocked from hospital care in Israel because of the Palestinian Authority's suspension of ties with Israel and its refusal to guarantee payment of bills incurred in Israeli hospitals. 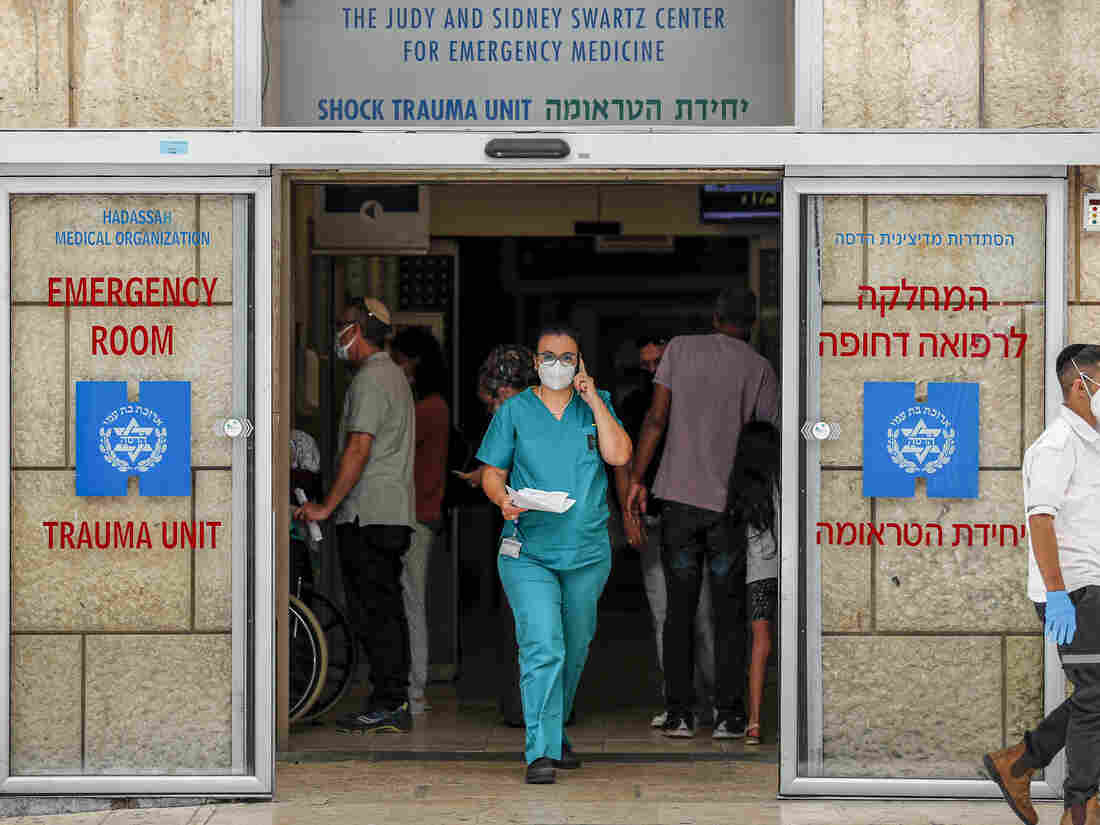 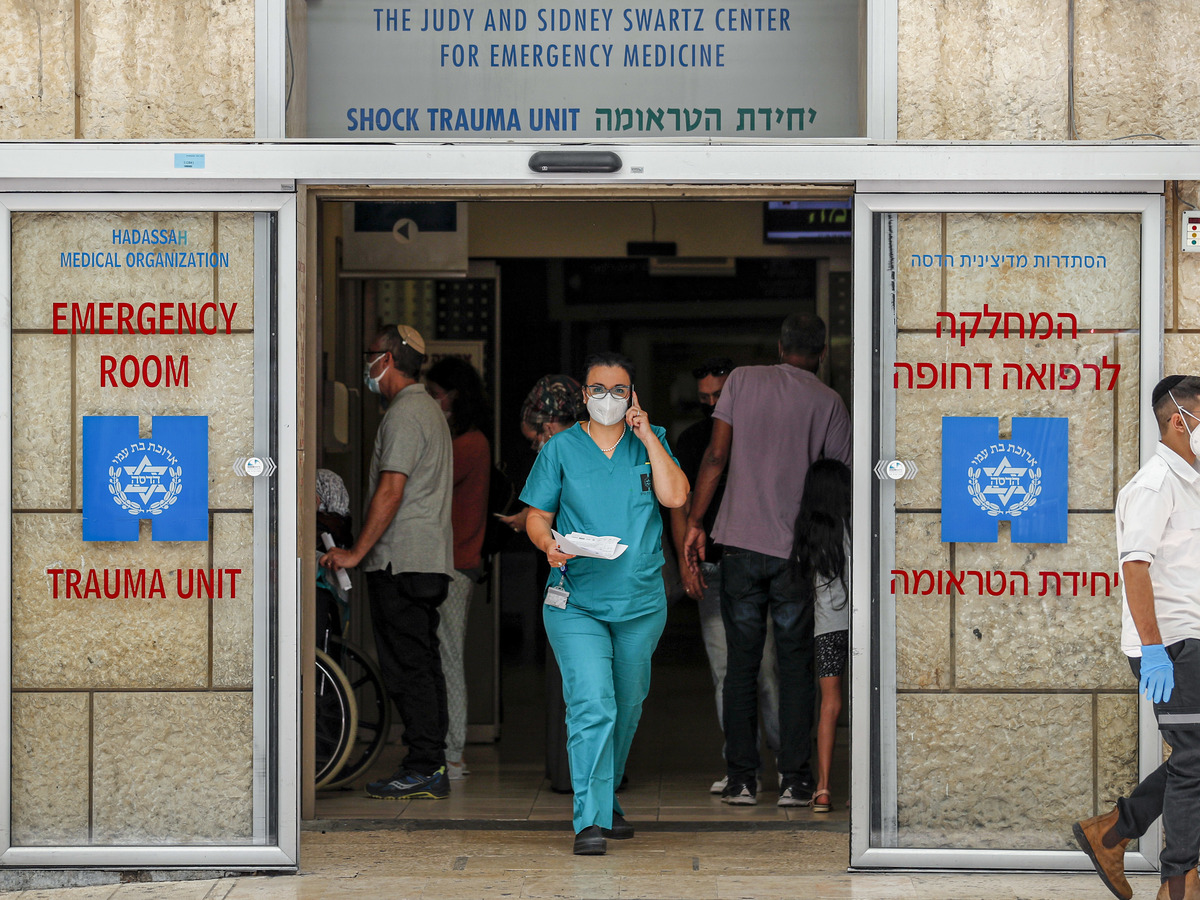 The emergency medicine center of Hadassah University Hospital Ein Kerem in Jerusalem, where senior Palestinian official Saeb Erekat is being treated, in a photograph taken on Monday.

Erekat's hospitalization in Israel has sparked controversy among both Israelis and Palestinians. Israel's United Nations ambassador, Gilad Erdan, accused Erekat of "hypocrisy" for accepting Israeli treatment while supporting calls to boycott Israel. Some Israeli lawmakers said Hamas should release Israeli captives held in Gaza in exchange for Erekat's treatment. Palestinians have protested Erekat's treatment in Israel while the Palestinian Authority continues to suspend ties with Israel and block many Palestinian patient referrals to Israeli hospitals.

"I wish you would care about the health of the people the way you care about yourselves," wrote one Palestinian named Aseel Jadallah on the Palestinian Health Ministry's Facebook page.

In February, the Palestinian Authority, which governs the occupied West Bank, cut diplomatic ties with Israel over the Trump administration's Mideast proposal, which envisioned Israel annexing about 30% of the West Bank.