Accessibility links
U. Of Michigan Students Under Stay-In-Place Order, But Football Can Still Kick Off : Coronavirus Updates The public health order does not apply to varsity sports such as the football team, which plays University of Minnesota on the road Saturday. The two-week order was prompted by surging virus cases.

U. Of Michigan Students Under Stay-In-Place Order, But Football Can Still Kick Off

U. Of Michigan Students Under Stay-In-Place Order, But Football Can Still Kick Off 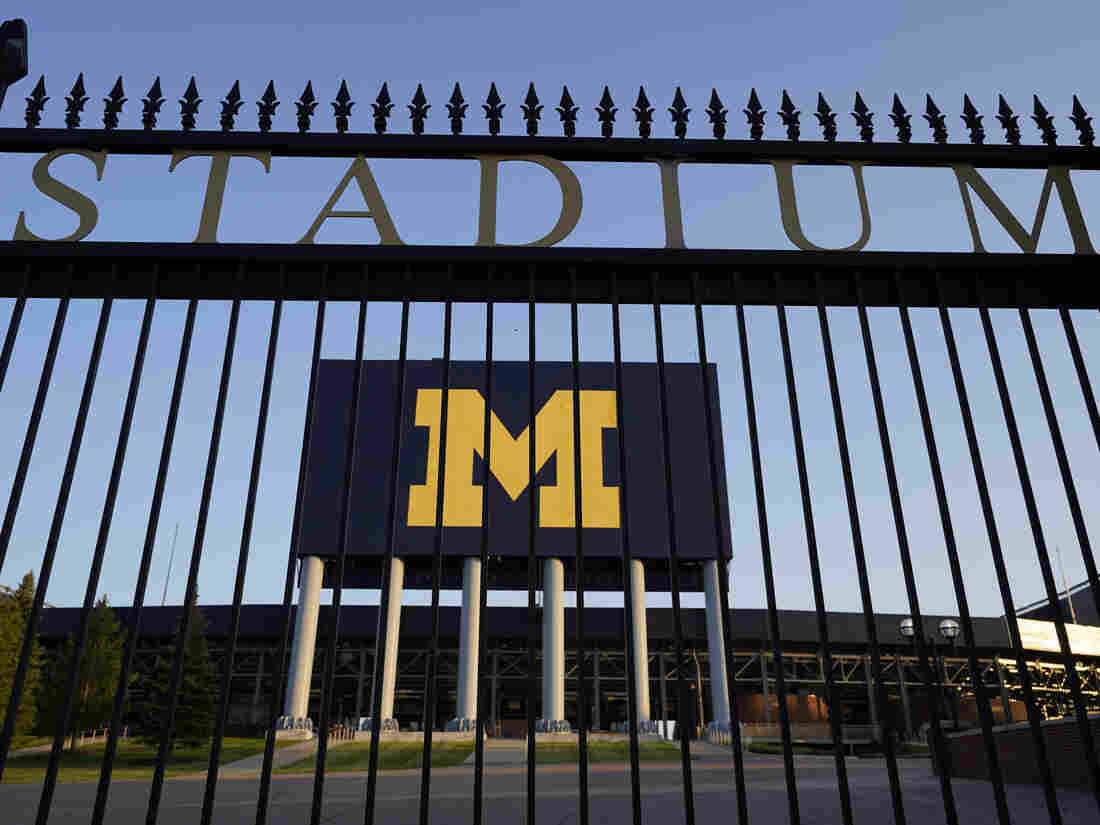 The University of Michigan football stadium is shown in Ann Arbor, Mich., this summer. Health officials in Michigan say infections among university students account for over 60% of local infections. Paul Sancya/AP hide caption 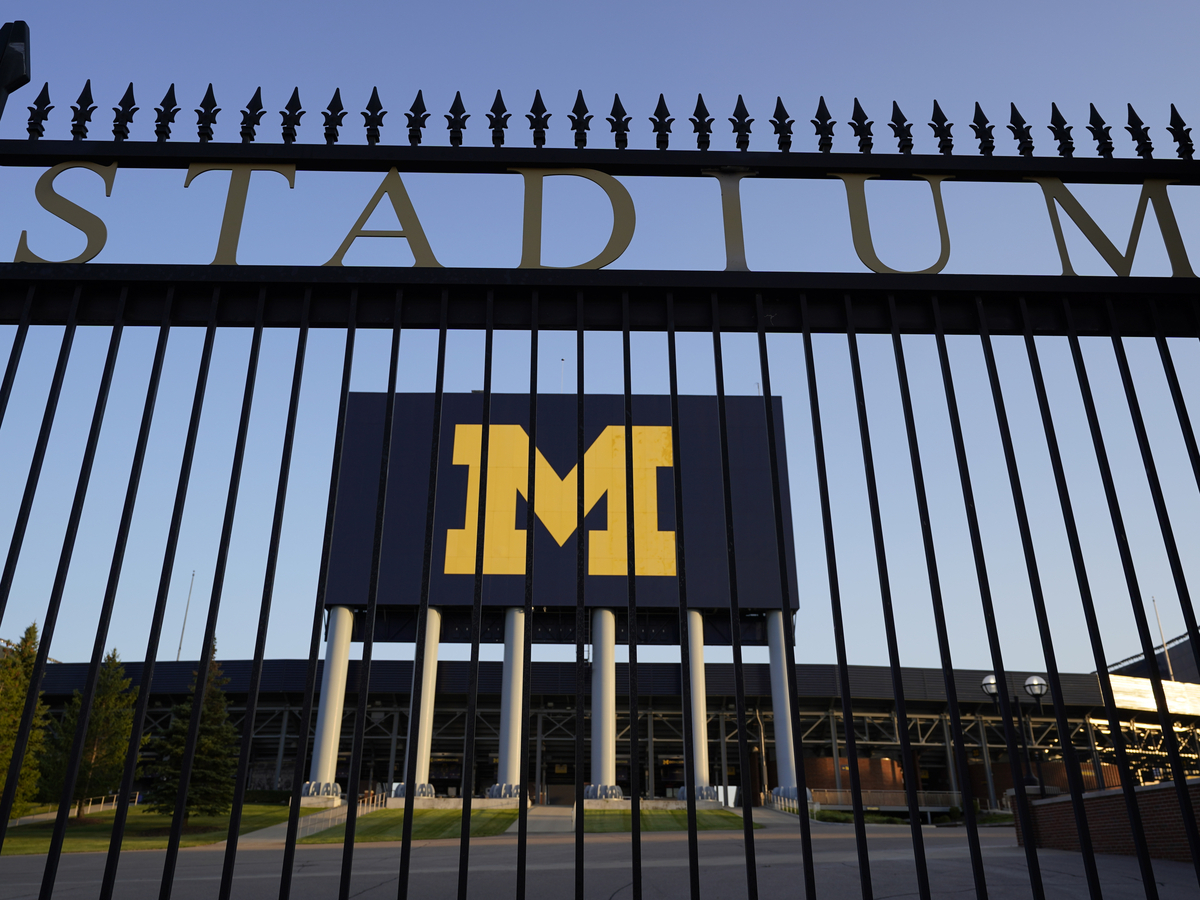 The University of Michigan football stadium is shown in Ann Arbor, Mich., this summer. Health officials in Michigan say infections among university students account for over 60% of local infections.

The public health directive does not apply to varsity student athletes, who are exempt and allowed to take part in practices and competitions.

Washtenaw County, which includes University of Michigan's campus in Ann Arbor, announced the order Tuesday. It is effective through 7 a.m. on Nov. 3.

"The situation locally has become critical, and this order is necessary to reverse the current increase in cases," Jimena Loveluck, a county health officer, said in a statement.

"We must continue to do what we can to minimize the impact on the broader community and to ensure we have the public health capacity to fully investigate cases and prevent additional spread of illness," she added.

Students are allowed to leave their residences to attend in-person classes and instructional labs, to do approved work, and to tend to basic needs like picking up food, medication and outdoor exercise in groups no larger than two, according the full order.

It does not apply to varsity sports, which would include the university's perennial powerhouse football team. It's still scheduled to kick off its season opener in Minneapolis on Saturday against the University of Minnesota.

"Students who are associated with intercollegiate varsity sports may attend practices and competitions provided that athletic medical staff is present during the entire process," the order states.

It also said the athletic medical staff oversees the team's COVID-19 mitigation activities and has the power to shut down practice if warranted.

The Big 10 Conference, which includes Ohio State, Michigan State, University of Maryland and Purdue University, announced last month it will return to the gridiron this weekend, after initially sidelining football and other fall sports because of the coronavirus.

During the summer, Michigan's Head Football Coach Jim Harbaugh pushed for playing games, saying, "This virus can be controlled."

He said at the time he was pushing for a return to play not just out of his "passion" for the sport, but also because of COVID-19 testing statistics his team collected on players during summer practices.

On Monday, Harbaugh acknowledged that there have been an unspecified number of cases in the program since Sept. 10, according to the Detroit Free Press.

As of Wednesday morning, Washtenaw County had 4,301 confirmed coronavirus cases, according to state statistics.

On Tuesday, county officials said more than 600 confirmed and probable cases had been reported "and 61% of these are connected to University of Michigan students living on or off campus."