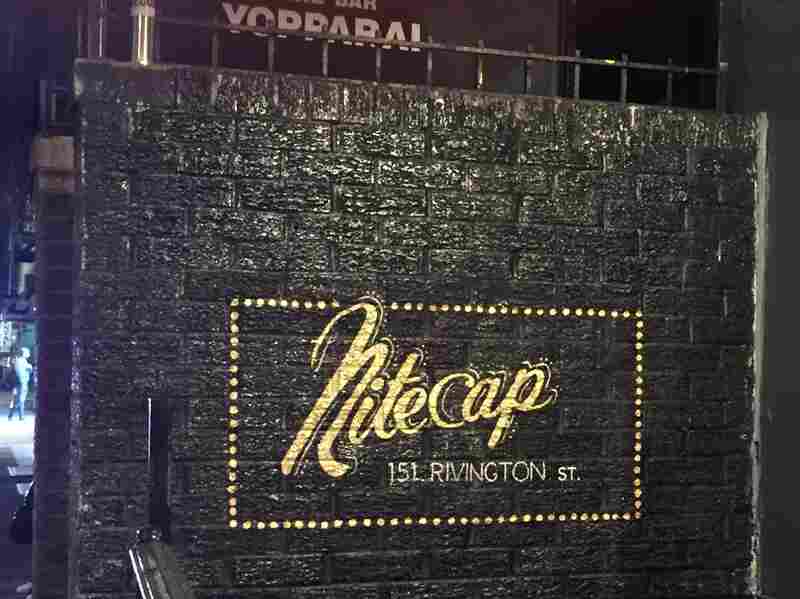 Nitecap is one of many New York City bars and restaurants forced to close by the pandemic. Camille Petersen hide caption 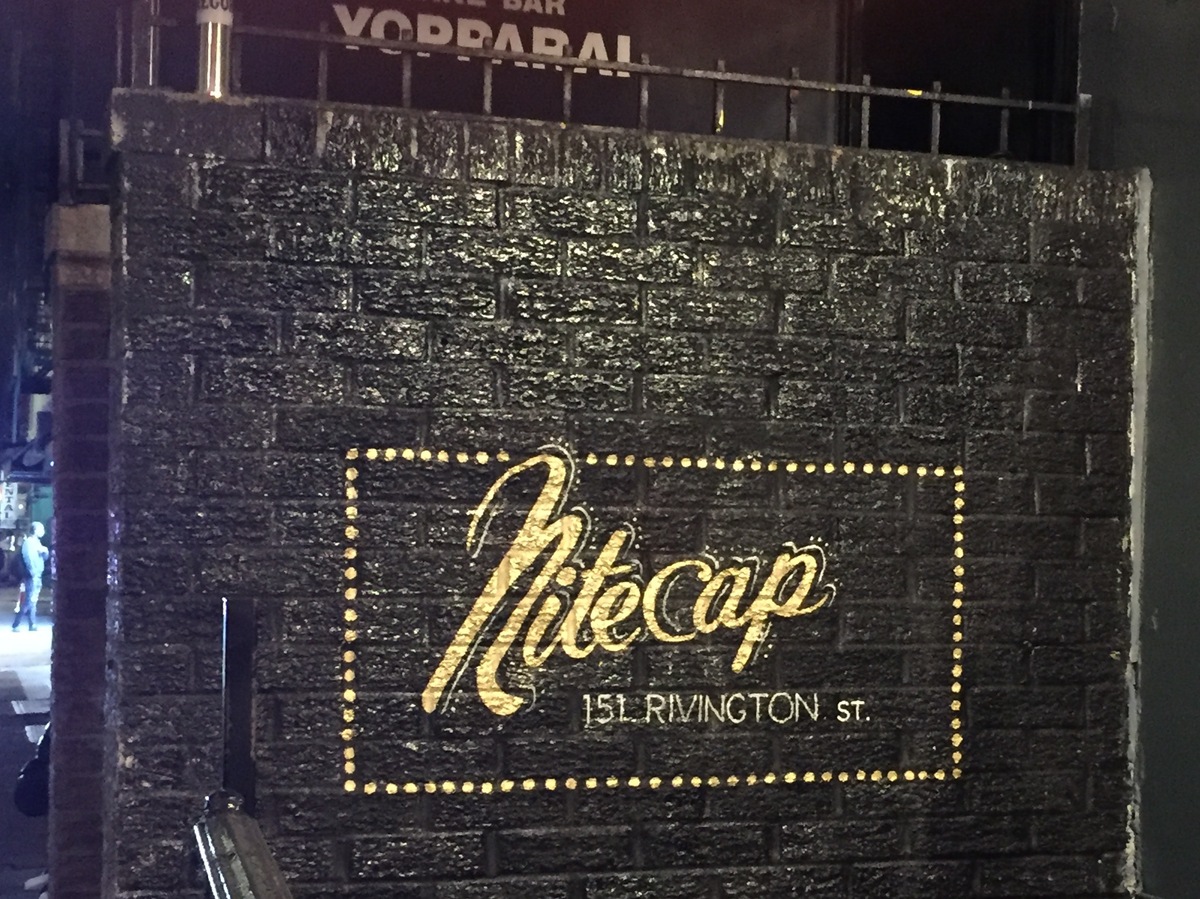 Nitecap is one of many New York City bars and restaurants forced to close by the pandemic.

Nitecap, a bar in Manhattan's Lower East Side, did not have a big party to say goodbye. It celebrated its final night in COVID-19 style. Customers could pre-order drinks and pick them up through a small doorway.

Neshann Chan, 40, lives in Jersey City but came into the city to pick up two bags of cocktails and ask Nitecap's owner for an autographed menu. Chan has been a regular at the bar for years and even spent a New Year's Eve there.

"There was this spectacular cocktail that was basically a riff on a banana daiquiri. I mean, it was poetry," Chan says.

Natasha David, one of the bar's owners, describes the inside of the bar as your fun, kooky aunt's basement — full of kitsch, flowers, with a disco ball always on.

But Nitecap is in an actual basement, and David knew from the beginning of the pandemic the bar would take a huge hit to its revenue. She says she told Nitecap's landlord early on that the bar would not be able to make its usual rent payments.

Nitecap was not able to do outdoor dining, so its revenue stayed low for months, and rent debts piled up. The bar basically reached a tipping point — with no agreement on reducing rent and no way to pay off accumulated rent debts, Nitecap had to close.

Some city restaurants have added year-round outdoor dining, others are serving indoors at 25% capacity. But it's still projected that up to one-half of the city's restaurants may close permanently in the next six months to a year. The coming of winter is adding to mounting financial pressures in the industry.

Jee Kim is one of the operators of Pado, a sushi restaurant in Manhattan that closed at the end of September.

"Sushi sashimi were the most popular, and also crispy tuna rice."

Kim says Pado closed because the restaurant's landlord was not willing to negotiate a lower rent to account for a drop in revenue. And, because the outdoor dining that had been keeping Pado afloat did not seem viable in winter.

"No one wants to eat cold, hard sushi outside. That's quite disgusting."

As debts keep piling up and winter approaches, restaurants in the city are up against stubborn math.

"Outdoor dining is going to be less and less feasible for the vast majority of these restaurants that are doing outdoor dining and at 25% indoor dining, or even if we're able to get to 50% occupancy, that is not enough to save these restaurants," says Andrew Rigie, the Executive Director of NYC Hospitality Alliance, a hospitality industry trade group.

But Tracy Hadden Loh, a fellow at the Brookings Institution, says the pandemic is changing what it means for a restaurant to close. Many restaurants recognize it's the pandemic, not their business idea, that forced them to close.

Because of that, they are trying to reinvent themselves, beyond their old brick-and-mortar locations. After all, we still love to buy food and drinks we didn't make.

"And so there's no reason to think that demand is going to go away. And that is a market that creative entrepreneurs are going to find a way to sell to."

Loh says closed restaurants might do pop-ups, start food trucks, or move to a location with lower rent.

Basically, it's just goodbye to this version of a restaurant or bar, in this kooky aunt's basement.