Accessibility links
Britain's Boris Johnson: 'No Alternative' To Strict New Coronavirus Lockdown : Coronavirus Updates Speaking to Parliament, the prime minister defends his decision to order a renewed lockdown, saying a new wave of infections could be "twice as bad" as anything seen before. 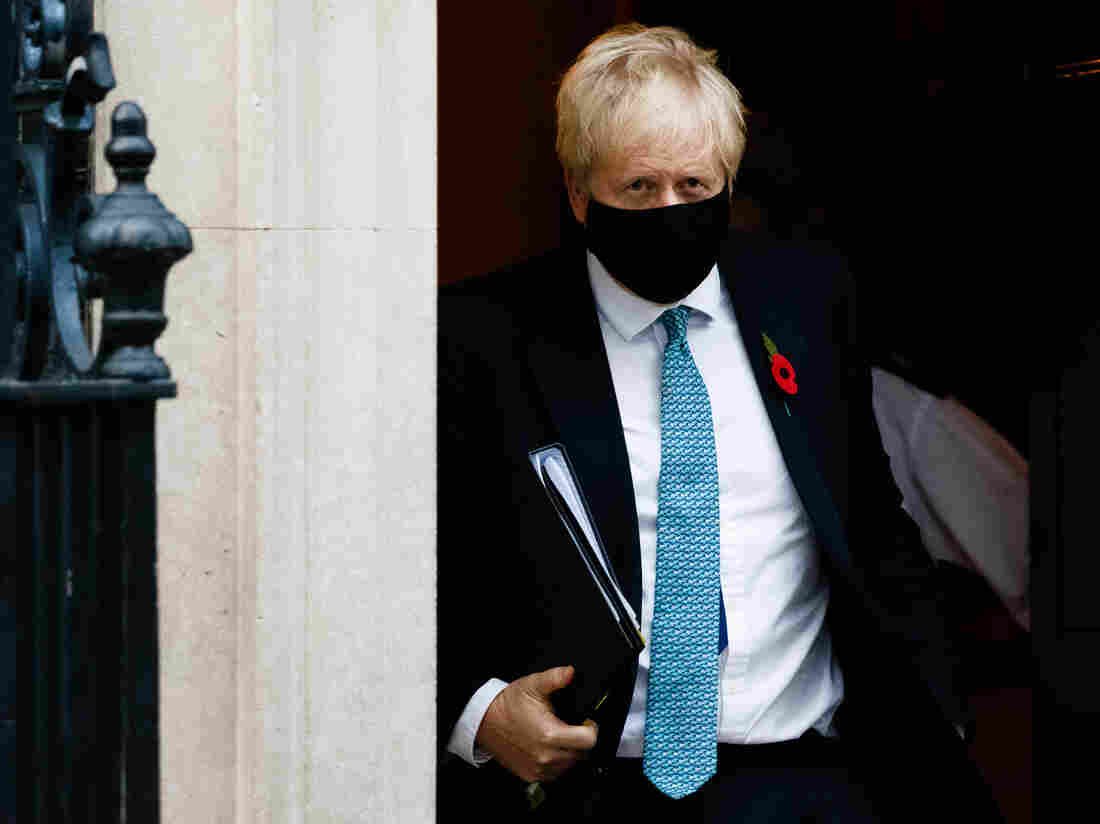 British Prime Minister Boris Johnson wears a mask and remembrance poppy as he leaves No. 10 Downing St. heading for the Houses of Parliament in London after ordering a new England-wide coronavirus lockdown. NurPhoto via Getty Images hide caption 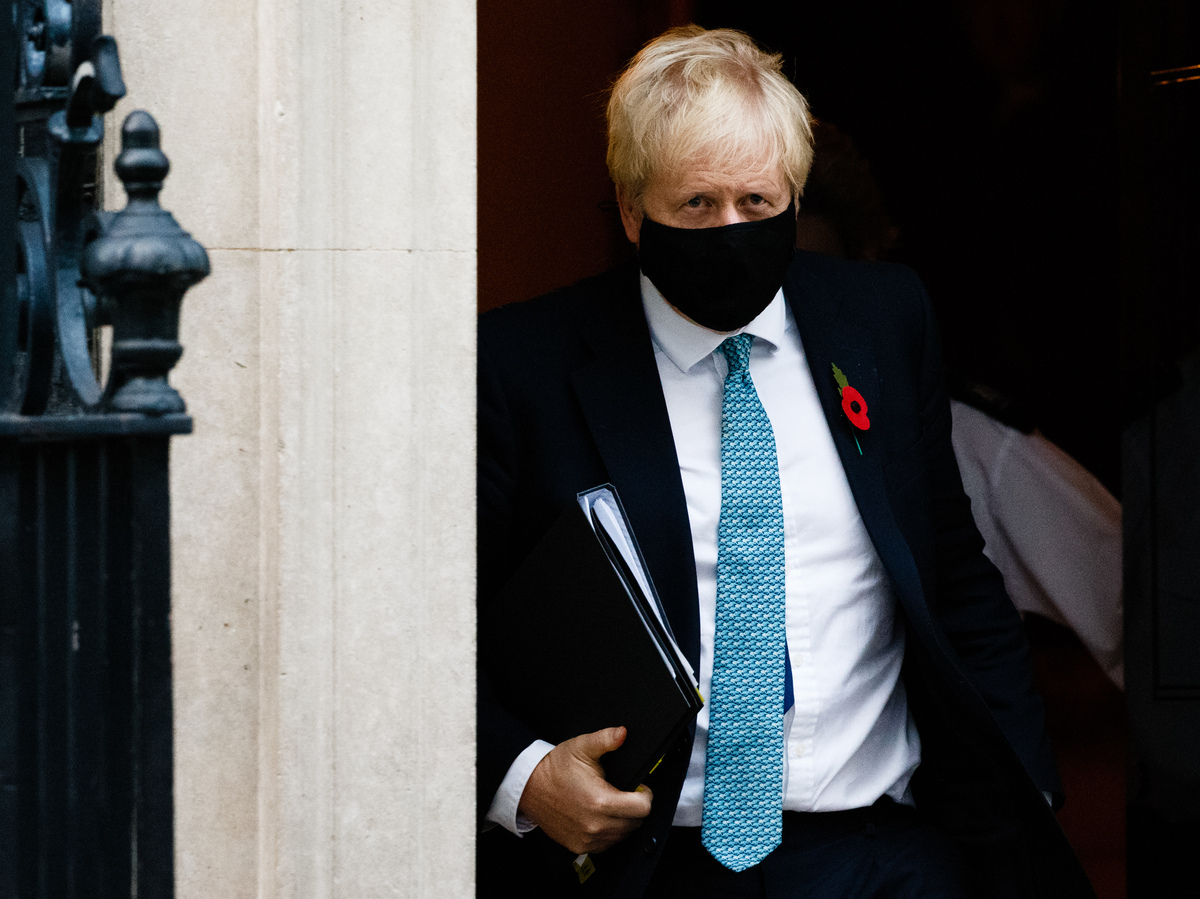 British Prime Minister Boris Johnson wears a mask and remembrance poppy as he leaves No. 10 Downing St. heading for the Houses of Parliament in London after ordering a new England-wide coronavirus lockdown.

British Prime Minister Boris Johnson on Monday said there was "no alternative" to a new England-wide lockdown amid a spike in coronavirus cases that he warned could be "twice as bad" as anything seen in the spring.

In a statement to the House of Commons, Johnson sought to defend his government from sharp criticisms. On one hand, Labor members accuse him of waiting too long to heed the advice of his scientific advisers — a delay they say contributed to thousands more infections and hundreds of deaths. On the other hand, Brexit Party founder Nigel Farage, in an article in the Daily Telegraph, called Johnson's response to the pandemic "woeful" and urged more targeted measures. The prospect of a second lockdown has terrified Britons, Farage said.

Johnson said he was "right to try every possible option" before issuing another stay-at-home order.

"We are fighting a disease. ... When the data changes of course we must change course too," Johnson said in Parliament.

Over the weekend, the prime minister announced that pubs, restaurants, gyms, nonessential shops and places of worship would be closed starting Thursday. In addition, outbound international travel will be prohibited, except for work, while schools and universities will remain open. The government said it would reevaluate the lockdown in early December.

Johnson, who has received heavy criticism for his handling of the crisis, had initially refused to consider a second lockdown, despite the advice of scientists who warned the country was risking a new spike in cases and deaths. As the virus began to rebound in August, the prime minister insisted that renewed lockdown measures would be a disaster for the country.

Since the start of the pandemic, the United Kingdom has had more than 1 million diagnosed cases of the coronavirus, and nearly 47,000 people have died from COVID-19.

"The virus is spreading even faster than the reasonable worst-case scenario of our scientific advisers, whose models ... now suggest unless we act, we could see deaths in this country running at several thousand a day," Johnson said in an earlier national address.

The decision from No. 10 Downing St. to renew extraordinary measures to control the spread of the virus that causes COVID-19 comes as other countries in Europe are facing similar dilemmas.

France imposed a stricter lockdown on Friday, ordering people to stay home except for essential work or medical reasons. French President Emmanuel Macron warned that the second wave of the coronavirus is "likely to be deadlier than the first."

Germany also ordered the closing of restaurants, bars, gyms and theaters starting this week, with Chancellor Angela Merkel calling on her country to abide by the new rules in hopes of returning to relative normal conditions by December. Other European countries, such as Spain and Italy, have seen a surge in new cases as well.