Accessibility links
Parts Of Northern Denmark On Lockdown Over Coronavirus Variant Outbreak In Minks : Coronavirus Updates The government announces a number of restrictions on parts of northern Denmark, the area hit hardest by the infections. Danish officials recently ordered the killing of up to 17 million minks.

Minks look out from a cage after a farm near Naestved, Denmark, was told to kill off its herd Friday. Mads Claus Rasmussen/Ritzau Scanpix/AFP via Getty Ima hide caption 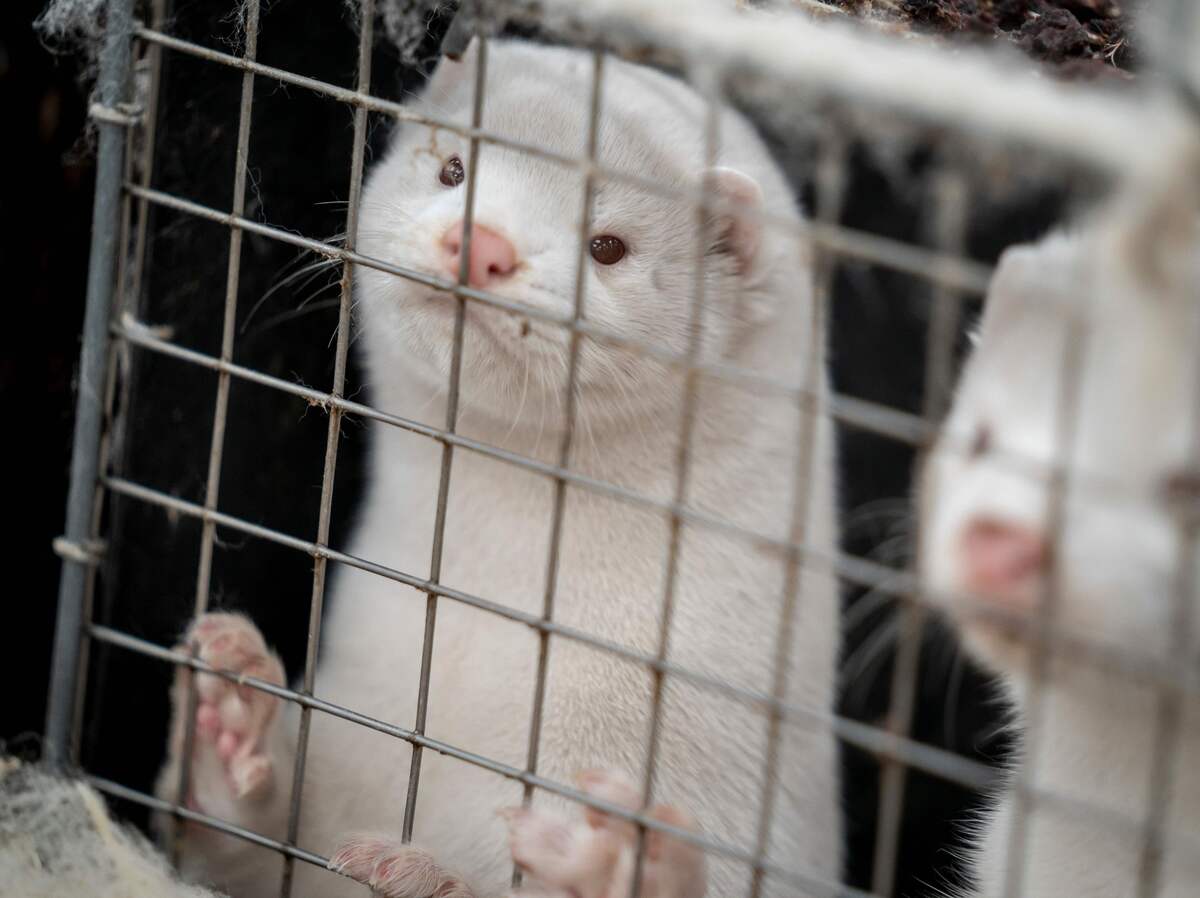 Minks look out from a cage after a farm near Naestved, Denmark, was told to kill off its herd Friday.

Denmark is putting over a quarter of a million of residents on lockdown after discovering coronavirus outbreaks among bred minks, including a mutated strain.

The government announced a number of restrictions on parts of northern Denmark, the area hit hardest by the infections. Two days ago, officials ordered the mink population to be killed, totaling up to 17 million animals.

Restaurants in these areas are closed to diners. Public transportation within the region are shut down. Gatherings are largely limited to 10 attendees. Colleges are instructed to switch to online classes with a few possible exceptions.

The regional health authority said it was preparing to test the 280,000 residents in the affected areas for the coronavirus.

The mutated strain has not been found to be more dangerous than the coronavirus, but Danish officials warn it appears to have a weak reaction to antibodies. This could affect a future vaccine's effectiveness.

Twelve people have been diagnosed with the mutated virus strain so far, according to the World Health Organization. About 200 coronavirus cases overall can be traced to exposure from mink in Denmark.

Maria Van Kerkhove, WHO's technical lead for COVID-19, called the animal-to-human transmission among minks "a concern" during a WHO briefing Friday.

However, she stressed that viruses regularly mutate and the organization has been tracking changes from the beginning.

"It's too early to really jump to conclusions as to the implications of what the specific mutations have," Soumya Swaminathan, WHO chief scientist, said during the briefing. "I don't think we should come to any conclusions about whether this particular mutation is going to impact vaccine efficacy or not. We don't have any evidence at the moment."

"The worst-case scenario is that we would start off a new pandemic in Denmark," Mølbak said, according to The Guardian. "There's a risk that this mutated virus is so different from the others that we'd have to put new things in a vaccine, and therefore [the mutation] would slam us all in the whole world back to the start."

Control measures to prevent the spread of mink-related strains beyond northern Denmark are being developed, WHO said in a statement to NPR.

The U.K. said Friday it will require travelers coming from Denmark to self-isolate for 14 days in light of the mink outbreaks.

Denmark, which is the world's largest supplier of mink fur, is offering compensation to breeders in exchange for culling the animals.

But it represents a huge blow to the industry, said Tage Pedersen, president of the Danish mink breeders association.

"It is a dark day for all of us and for Denmark," Pedersen said, according to The Guardian. "Of course, we don't want to be the cause of another pandemic, but the government's decision is a disaster for our industry and Denmark. It is a de facto permanent shutdown and liquidation of the fur industry."