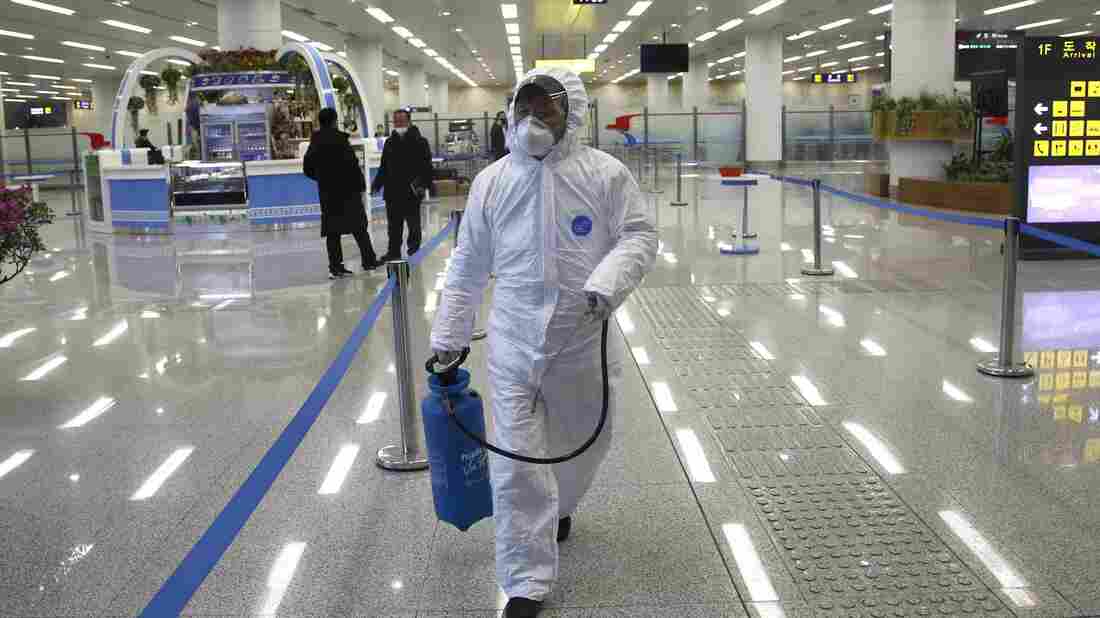 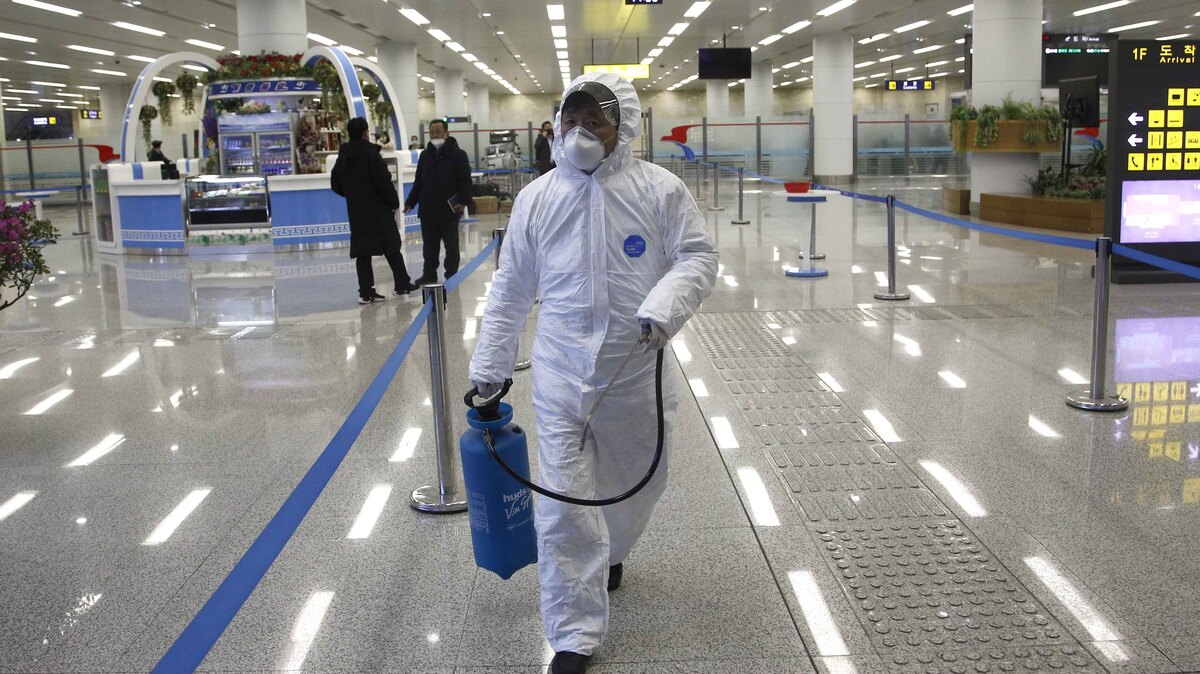 North Korean State Commission of Quality Management staff in protective gear carries a disinfectant spray can as personnel check the health of travelers and inspect goods delivered via the borders at the Pyongyang Airport in North Korea, on Feb. 1.

North Korea is taking increasingly harsh measures to stop the coronavirus from entering the country, including executing an official in August who violated anti-virus rules, South Korean intelligence officials told lawmakers on Friday.

In a closed-door briefing to a parliamentary intelligence committee on Friday, the officials told lawmakers that the executed North Korean had brought goods through customs in the city of Sinuiju on North Korea's border with China, in violation of coronavirus-related quarantine measures.

North Korea also has locked down the capital, Pyongyang, and prohibited fishing and salt production in the ocean as part of its restrictions to block COVID-19, lawmakers cited the intelligence officials as saying.

Lawmaker Ha Tae-keung, who is on the intelligence committee, told reporters after the briefing that North Korea has refused to take delivery of 110,000 tons of rice promised by China. The rice is sitting in northeastern China's port of Dalian, he said, because North Korea fears the coronavirus could enter the country with the shipment.

Most of North Korea's trade — both legal commerce and extensive smuggling — goes through China, and the border closure after the coronavirus broke out has sent food and commodities prices surging in sanctions-hit North Korea, according to news reports.

Trade with China plummeted 73% from January to September, year-on-year, according to a report by the Korea International Trade Association. By contrast, trade dropped 57% following the latest batch of international sanctions, imposed in 2017.

North Korea claims to have been successful in keeping the coronavirus out of the country. Despite testing thousands of suspected cases, it claims not to have a single confirmed case, although health experts say smugglers could have brought the virus in from China.

Lawmaker Ha added that South Korea's intelligence service foiled an attempt by the North to hack into a South Korean drugmaker working on a coronavirus vaccine.

Observers are now waiting to see whether the struggle against COVID-19 will force the cancellation of a national congress of the ruling Workers' Party in January, at which Kim Jong Un is expected to unveil a raft of new domestic and foreign policies.

In a sign that Kim is keeping his options open with the incoming Biden administration, intelligence officials told lawmakers Friday that Pyongyang has instructed diplomats not to antagonize the United States, and that ambassadors will be held responsible for any missteps.

"We've been told that there have been orders to exercise utmost prudence in language," lawmaker Kim Byung-kee told reporters.