Accessibility links
CDC Adviser On COVID-19 Vaccine Priority Groups And Why Some Aren't Eager To Be First : Coronavirus Updates Dr. Robert Atmar, a member of the CDC's Advisory Committee on Immunization Practices, says he's hearing hesitancy among some front line medical workers about being first in line for a vaccine. 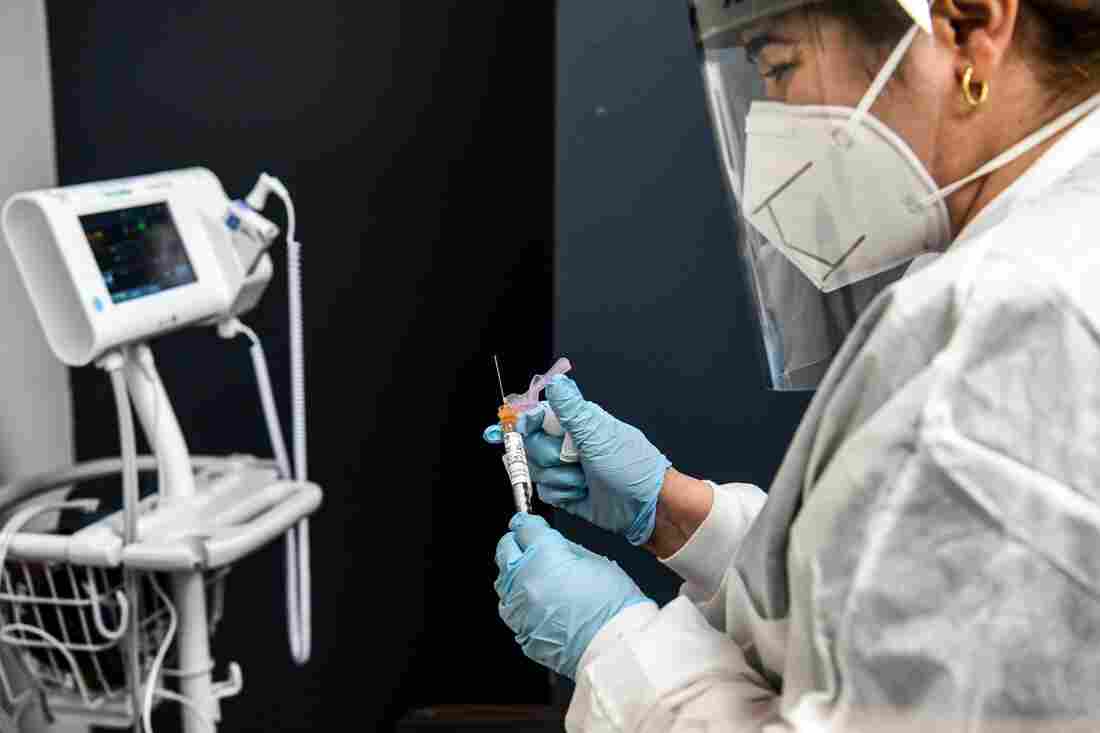 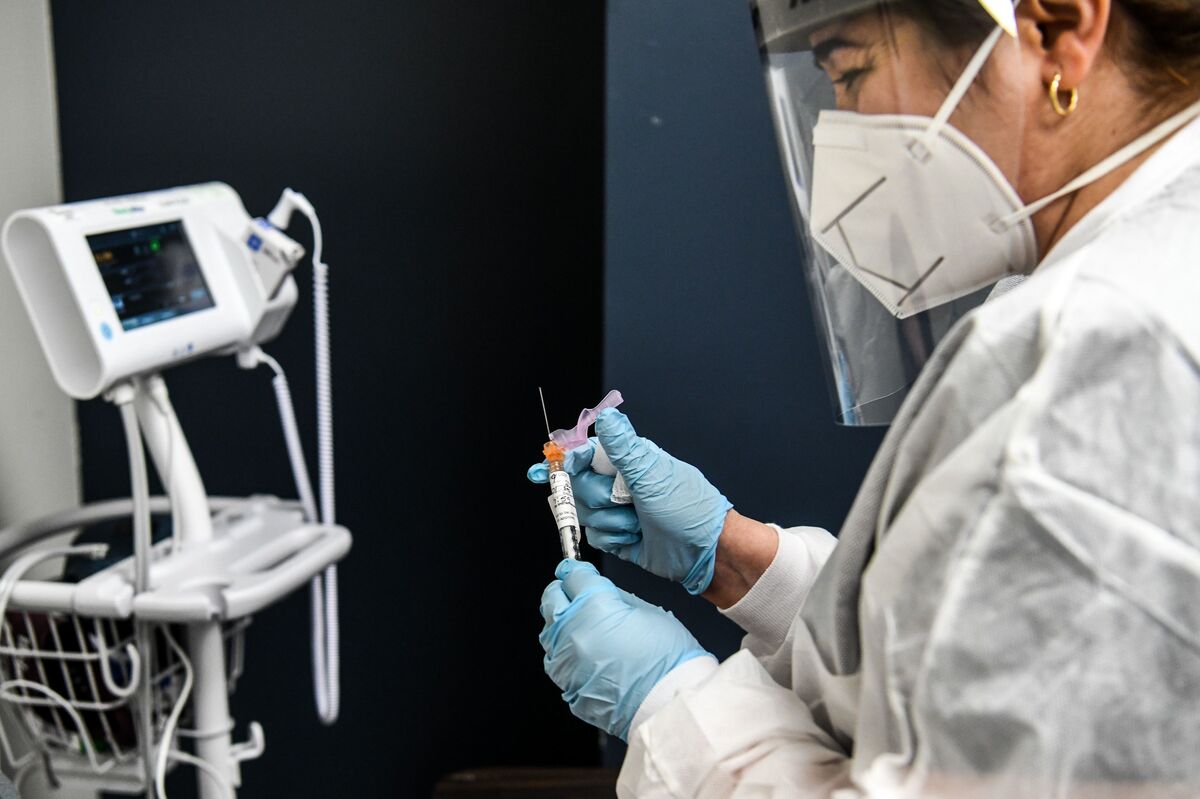 Yaquelin De La Cruz holds a COVID-19 vaccine during clinical trials in August at the Research Centers of America in Hollywood, Fla.

For those fighting the COVID-19 pandemic — and those hit hardest by it — a vaccine could be just weeks away, as the Food and Drug Administration weighs emergency approval for two vaccines. On Tuesday, a Centers for Disease Control and Prevention advisory panel recommended that the first vaccines should go to health care workers and residents and staff of long-term care facilities.

The companies behind the two vaccines, Pfizer and Moderna, say their vaccines have been shown to be 95% and 94% effective, respectively. But some people who could be at the front of the line aren't eager to go first, says Dr. Robert Atmar, a professor at Baylor College of Medicine in Houston and a member of the Advisory Committee on Immunization Practices that made the recommendations.

"We're hearing a lot of hesitation among health care personnel, and I think a lot of it has to do with the politicized nature of the vaccine development and the whole response to the pandemic," says Atmar, who also works in the Harris County hospital system in Texas.

"We're beginning to roll out education to our staff to explain exactly what the process has been and to reassure that there weren't any steps that were skipped" in the compressed testing and approval timeline, he tells All Things Considered.

"But because of the severity of the pandemic — one person a minute dying in the United States each day — it really is important to try and take steps that will be effective in preventing disease."

In excerpts from his interview, Atmar discusses hesitancy among front line medical workers and the decision to include the elderly in the first priority groups.

Let's start with the recommendations. It makes sense that health care workers should get first access. Do you have any concerns about that second group of elderly, possibly sick, people getting it? I'm wondering if there's enough data to show that it (a) works and (b) will be safe in that population?

I think that was the main concern that the ACIP considered. ... The problem is that this is a group that has not specifically been studied in the clinical trials that have been done to date. And we know from flu vaccine studies that residents in long-term care facilities tend to respond less well to the vaccine than other individuals. So there is some concern that it may not work, but it's reasonable to think that there will be at least some protection, and the burden of disease, and particularly that 40% of deaths in the U.S. have occurred in long-term care facilities, really argues that if there's any way we can protect them, to try and do so.

Do you still have outstanding questions about either of the leading vaccine candidates that you would want answers to before vaccinating your colleagues?

I will want to review the data, and particularly the safety data. We know that individuals will have some side effects. I think knowing exactly what the reactions are to be expected will reassure individuals who are going to receive the vaccine.

If you are hearing hesitation from health care workers, from front line people, how do you expect to persuade the rest of Texas, the wider population?

Many of the health care workers I've spoken to, who have expressed concern to me, don't necessarily want to be in the first group — even though they're prioritized for the first group — but want to see for themselves how their friends and colleagues respond to the vaccine. I understand that's human nature, but I certainly plan on being a model — if either vaccine becomes available and is recommended by the ACIP — to demonstrate my confidence in the vaccine and the whole review and approval process.

Andrea Hsu and Jolie Myers produced and edited the audio interview. Maureen Pao adapted it for the Web.