Accessibility links
'There's No Quick Fix For COVID-19,' Cautions Pennsylvania Secretary Of Health : Coronavirus Updates As state health officials make plans for a vaccine, many questions remain unanswered. In Pennsylvania, the top health official says she does not know how many doses will be made available initially. 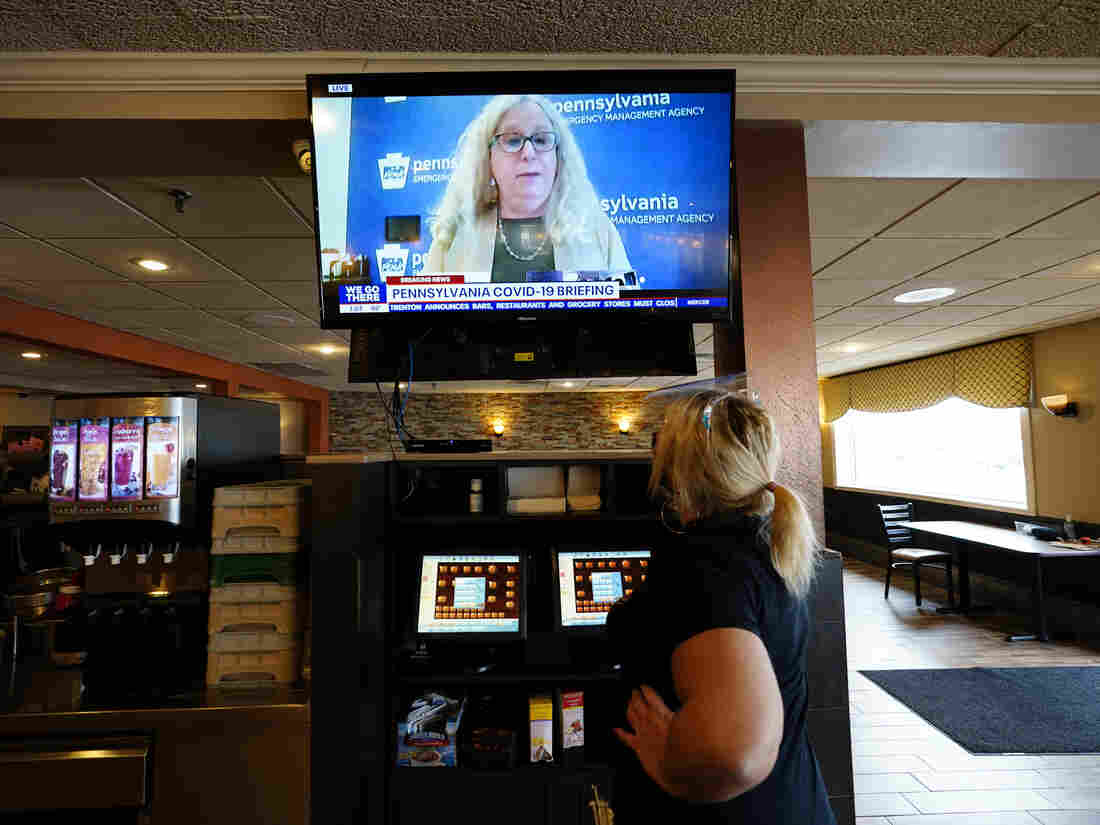 A waitress in South Philadelphia watches a television briefing by Pennsylvania's health secretary, Dr. Rachel Levine, on Nov. 17. Levine says a COVID-19 vaccine is "the light at the end of the tunnel," but says it will be months before it's available to the general public. Matt Slocum/AP hide caption 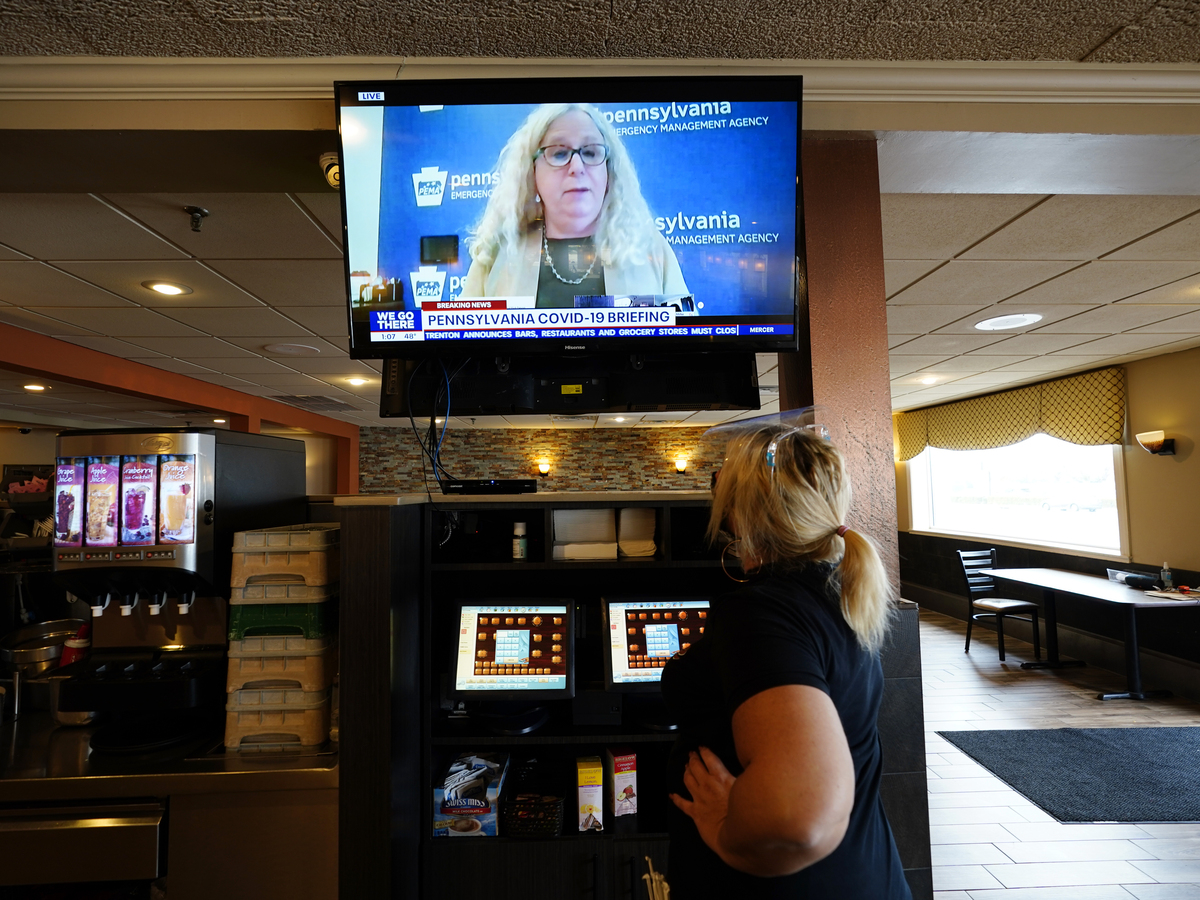 A waitress in South Philadelphia watches a television briefing by Pennsylvania's health secretary, Dr. Rachel Levine, on Nov. 17. Levine says a COVID-19 vaccine is "the light at the end of the tunnel," but says it will be months before it's available to the general public.

For all the hope being placed in a coronavirus vaccine, Pennsylvania's secretary of health delivered a sobering note of caution Thursday on how long it will take to bring the pandemic under control. A vaccine is "the light at the end of the tunnel," she said, "but there's no quick fix to COVID-19."

In an interview with All Things Considered, Dr. Rachel Levine outlined a laundry list of issues that state health officials nationwide are racing to resolve now that two separate vaccines appear on the cusp of approval by the Food and Drug Administration. They cover everything from funding for distribution and how to safely store the vaccine at subzero temperatures, to more basic questions like how many doses will be available and when.

"There are many things that keep me awake at night in regards to this global pandemic," Levine, who is also president of the Association of State and Territorial Health Officials, told NPR's Ari Shapiro. "This is a public health emergency of epic proportions, and we haven't seen anything like this in 102 years," she said, referring to the flu pandemic of 1918.

Based on recommendations from the Centers for Disease Control and Prevention, the first vaccines in Pennsylvania and across the country will go to health care workers and residents in long-term care facilities. CVS and Walgreens will work with Operation Warp Speed — the federal government program to fast-track the development and delivery of COVID-19 vaccines — to administer the vaccine to long-term care residents, Levine said, while the state will manage distribution to health care workers.

With initial supplies expected to be limited, Levine said officials will need to determine which doctors and nurses will be first in line. For example, should older workers get them first or only those who treat COVID-19 patients? She said the state is finalizing plans that hospitals can use for prioritizing within the priority groups.

One factor beyond her control is funding. The federal government has spent billions on the development of a COVID-19 vaccine, but Levine said only $340 million has been allocated to states for vaccine distribution and administration.

"It will be essential for the federal government to provide more funding to the states, territories and cities that will be tasked with administering the vaccine," she said.

Levine said Pennsylvania is ready, but she acknowledged the scope of the challenge. On Thursday alone, she noted, the state was reporting more than 11,000 new infections.

"The basic public health tool of containment ... is extremely difficult for public health [officials] to do when we're seeing this type of widespread community transmission."

A vaccine holds promise, she said, but it won't solve the crisis overnight. She said it could be autumn of 2021 before there are enough vaccines for distribution to the general public.

"This is not a quick fix. And I think that it really shows that we all have to work together and stand united to stop the spread of this virus."