Accessibility links
Survey Finds 42% Of Black Americans Expressed Willingness To Get Vaccine : Coronavirus Updates Pew Research Center found 83% of Asian Americans said they would get a vaccine compared to 42% of Blacks. White and Latinx respondents were about even with 63% and 61% respectively saying they would. 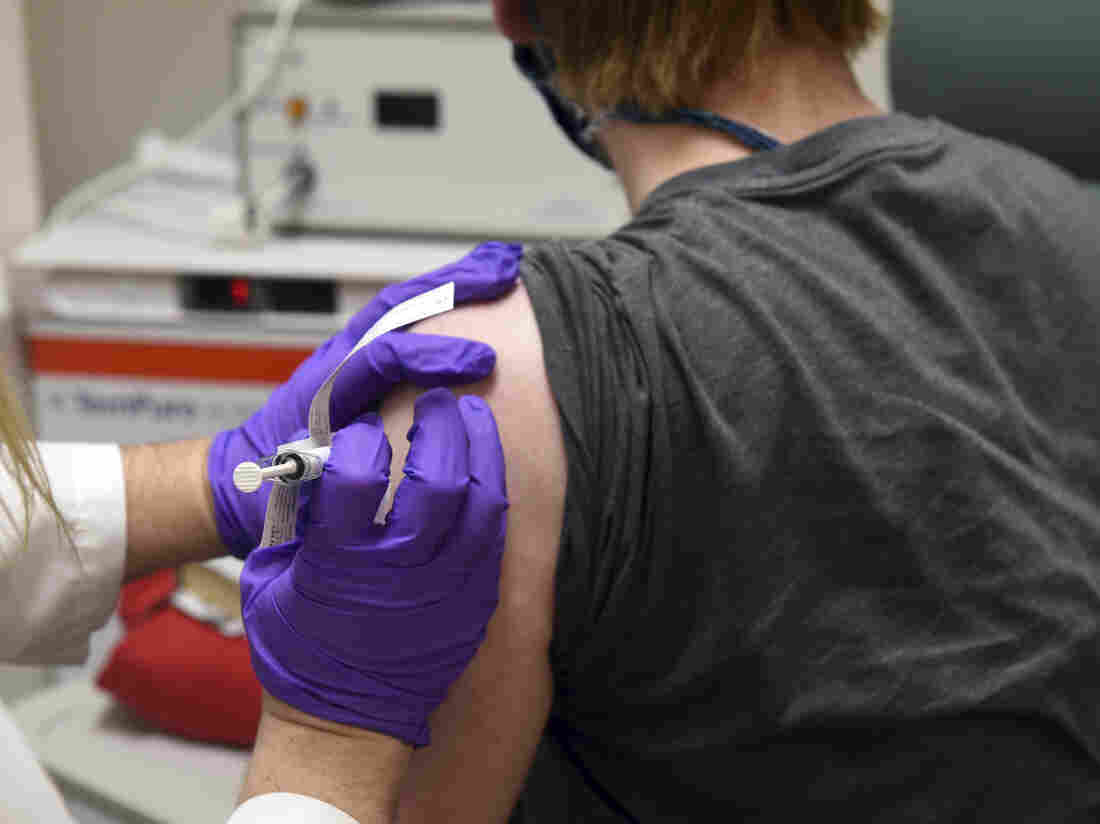 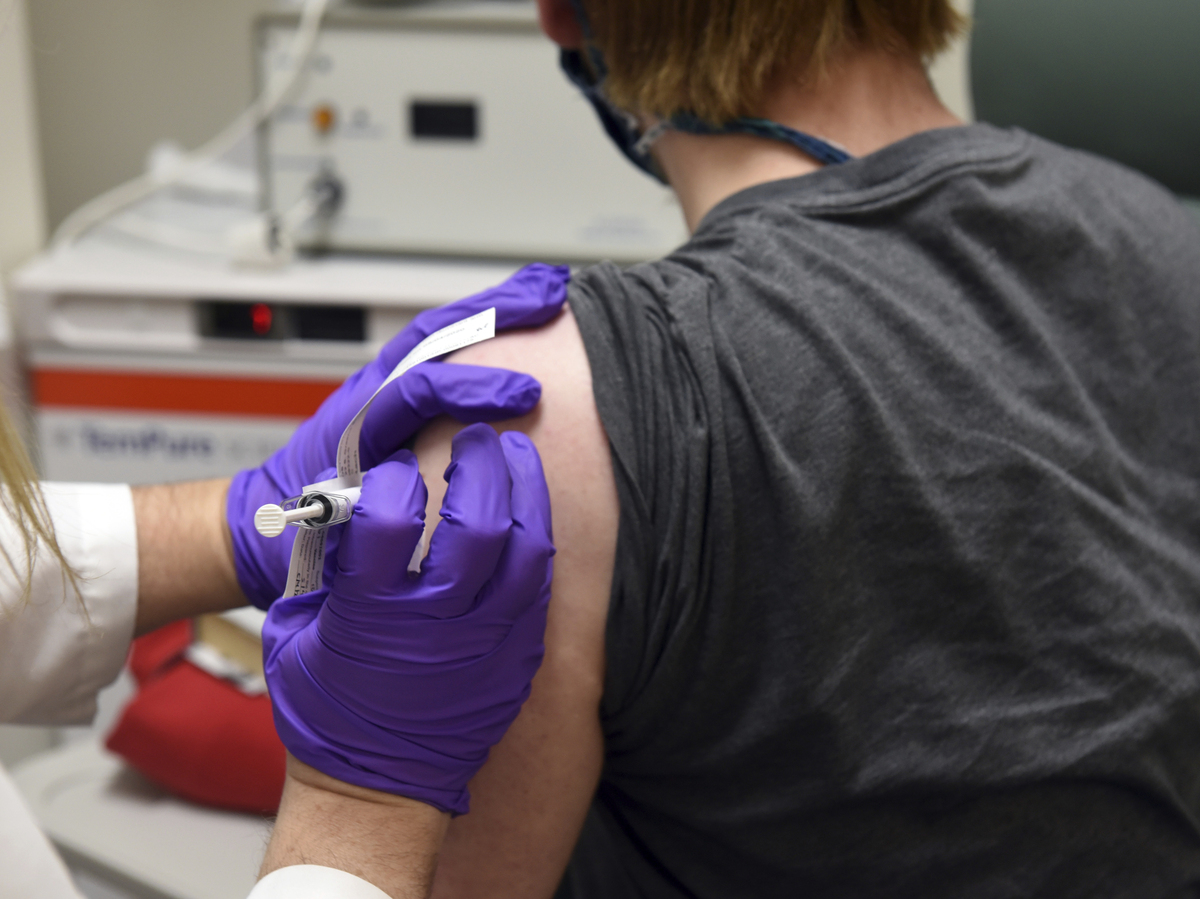 This photo provided by the University of Maryland School of Medicine shows the first patient enrolled in Pfizer's COVID-19 coronavirus vaccine clinical trial receiving an injection in May.

Courtesy of University of Maryland School of Medicine /AP

A wide-ranging survey shows Americans' willingness to receive a coronavirus vaccine when it becomes publicly available and confidence in its effectiveness are on the rise.

But when broken down by racial or ethnic group, Black respondents show the most reluctance, with less than half saying they will do so.

The survey by the Pew Research Center found that 60% of Americans overall say they would definitely or probably get a vaccine for the coronavirus if it were available today.

While that figure is 9% higher than it was in September, it still lags behind the 72% of Americans who said in May they would get the vaccine, when clinical trials for a vaccine were just getting underway.

Roughly four in 10 respondents overall (39%) say they would definitely not or probably not get a vaccine, according to Pew.

How Rich Countries Are 'Hoarding' The World's Vaccines, In Charts

Vaccine Expert: Once A COVID Vaccine Is Available, 'Don't Overthink It. Don't Wait'

Pew found quite a bit of variance when responses were broken down by racial or ethnic group on willingness to get a vaccine.

A whopping 83% of "English-speaking Asian Americans...say they would definitely or probably get vaccinated," outpacing all other racial or ethnic groups, according to Pew.

White and Latinx respondents answered about the same, with 63% and 61% respectively saying they definitely or probably would get the vaccine.

"Black Americans continue to stand out as less inclined to get vaccinated than other racial and ethnic groups," according to Pew, which found that just 42% of African Americans said they would get one when made publicly available.

This figure may be surprising to some, given that 71% of Black respondents told researchers they knew someone who has died or been hospitalized due to the virus, nearly 20 points higher than Americans overall (54%).

But there is a long history of mistrust on the part of Black Americans toward public health officials, much of it stemming from the notorious Tuskegee experiment of the 1930s, when researchers lied to hundreds of Black men, telling them they were conducting research on treatments for "bad blood."

In reality the scientists were allowing the Black men to die of untreated syphilis. Those experiments were slated to go on for six months, but they lasted 40 years, according to the Centers for Disease Control and Prevention.

Obama, Bush, Clinton Say They're Willing To Get Coronavirus Vaccine On Camera

That is perhaps why Barack Obama, the nation's first Black president, said in an interview this week with SiriusXM's The Joe Madison Show that he'd be willing to get vaccinated in front of cameras when it becomes available.

"I promise you that when it's been made for people who are less at risk, I will be taking it," Obama said. "I may end up taking it on TV or having it filmed, just so that people know that I trust this science."

Former presidents Bill Clinton and George W. Bush have also said they are willing to get the vaccine in front of a camera.

The margin of sampling error for the survey is plus or minus 1.5 percentage points.