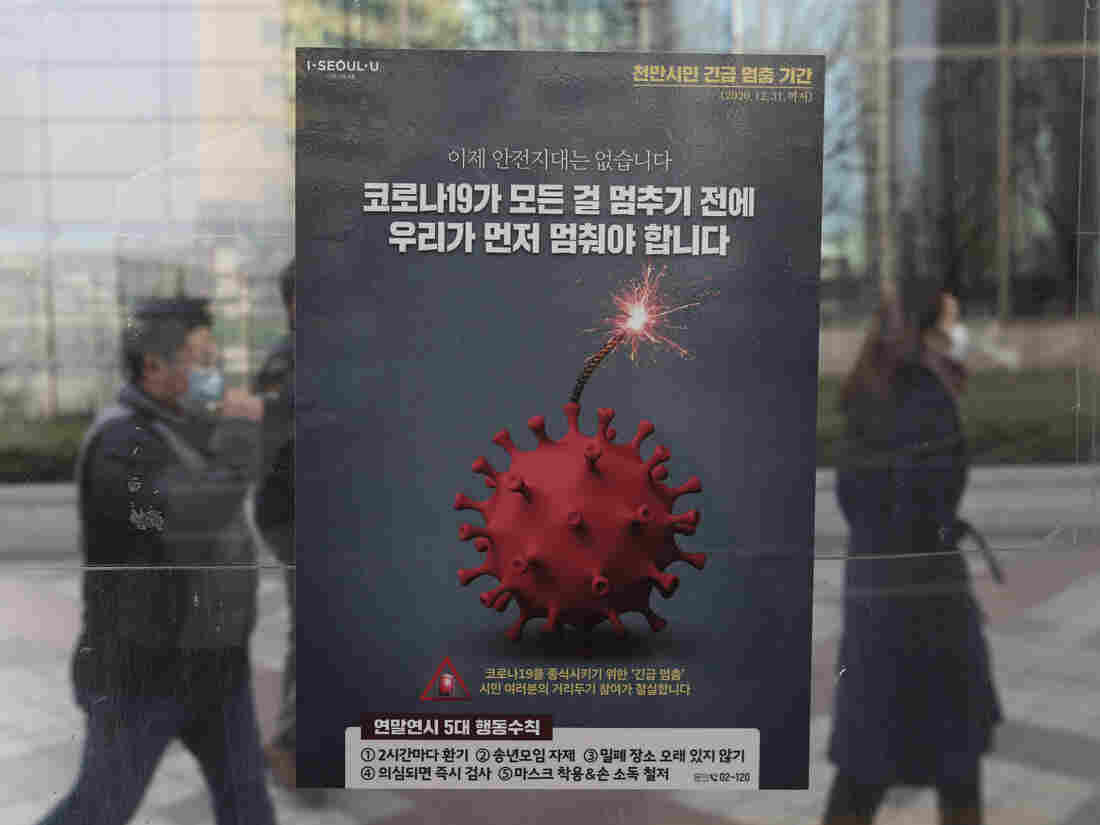 People wearing face masks as a precaution against the coronavirus pass by a poster emphasizing an enhanced social distancing campaign at a bus station on Monday in Seoul. Ahn Young-joon/AP hide caption 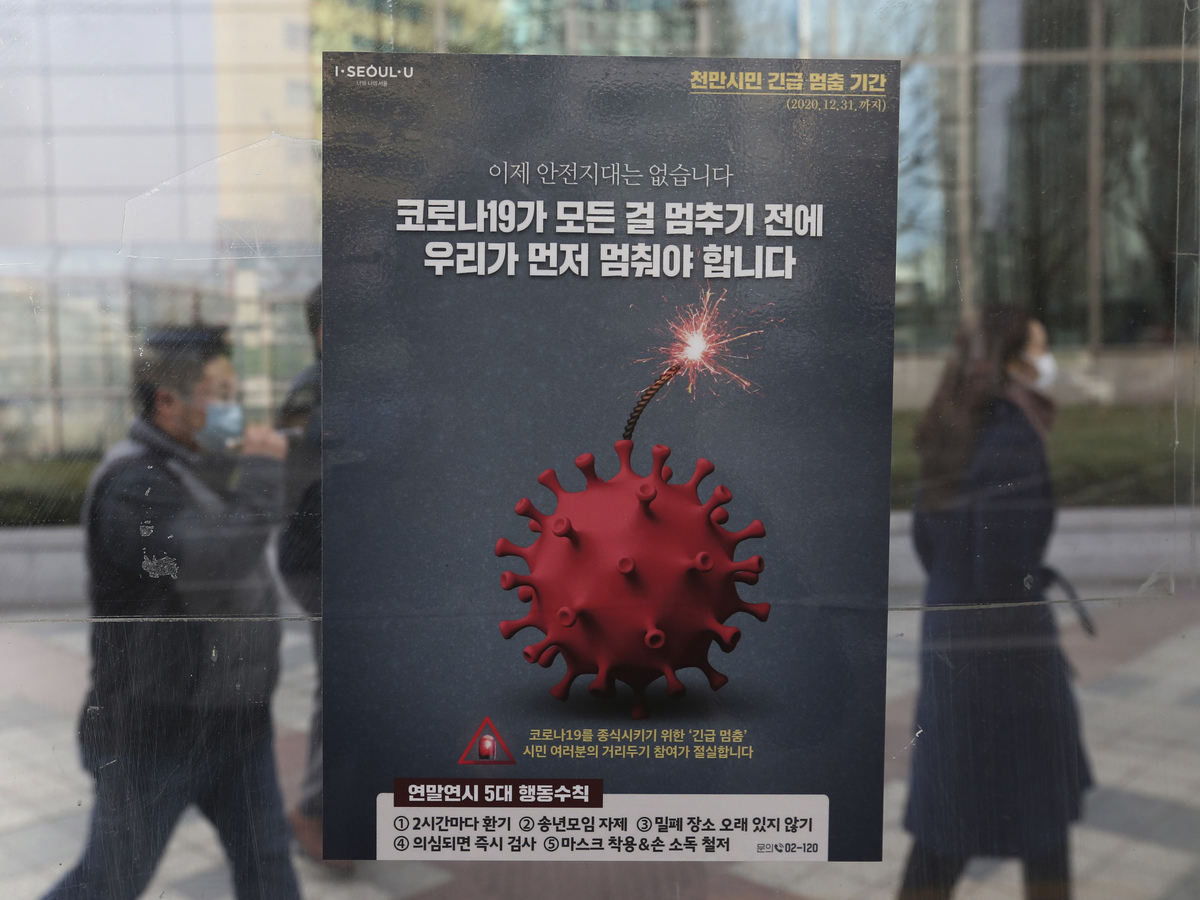 People wearing face masks as a precaution against the coronavirus pass by a poster emphasizing an enhanced social distancing campaign at a bus station on Monday in Seoul.

South Korea is awaiting new social distancing measures, due to take effect Tuesday evening, as earlier measures have failed to bring new coronavirus case numbers down. The government warns of an impending crisis, brought on by a third wave of infections.

New cases reported Monday exceeded 600 for the second day in a row, bringing the total to more than 38,000, with about 550 deaths.

While such numbers look almost enviable by international standards, mathematical modeling suggests that if new measures fail to do the trick, new cases could reach 900 next week, roughly on par with the country's first peak in February.

"The capital area is now a COVID-19 war zone," Health Minister Park Neung-hoo warned Monday at a government meeting. Seoul and its environs are home to about half the country's population, and most of the recent infections.

The country's medical system is showing signs of stress, with only 55 ICU beds still available nationwide.

The government is responding by raising social distancing measures to the second-highest level in greater Seoul, and third-highest elsewhere. In the Seoul area, gatherings of more than 50 people will be banned, public transportation will be reduced after 9 p.m., and nightclubs and gyms must close.

President Moon Jae-in, meanwhile, called for the increased use of faster antigen tests for COVID-19, and mobilizing extra manpower — including possibly using police, military and civil servants — for contact tracing.

Tracing is proving more challenging, as the third wave of infections includes a higher percentage of community transmissions of unclear origin than previous waves.

But the problem has been aggravated, medical experts say, by the government's haste in relaxing restrictions after the second wave, and hesitation to ramp up restrictions at the start of the third wave.

By one estimate, the latest restrictions came two weeks late, and in disregard of the government's own criteria for adjusting response measures.

Concern about economic fallout appears to be mitigating the government's response to the latest surge in cases.

"I'm deeply worried that a hike in the distancing level will restrict the daily lives of our people and weigh heavily on small businesses," Prime Minister Chung Sye-kyun told a meeting Sunday. "But we can go back to our everyday life only after overcoming this crisis."