Accessibility links
'The End Is In Sight': Louisiana Health Official Hopeful About Vaccine Distribution : Coronavirus Updates Dr. Joseph Kanter of the Louisiana Health Department's Office of Public Health expects that a few days after the FDA authorizes the Pfizer vaccine it will begin to "go into people's arms."

Listen · 5:35 5:35
'The End Is In Sight': Louisiana Health Official Hopeful About Vaccine Distribution 5:35 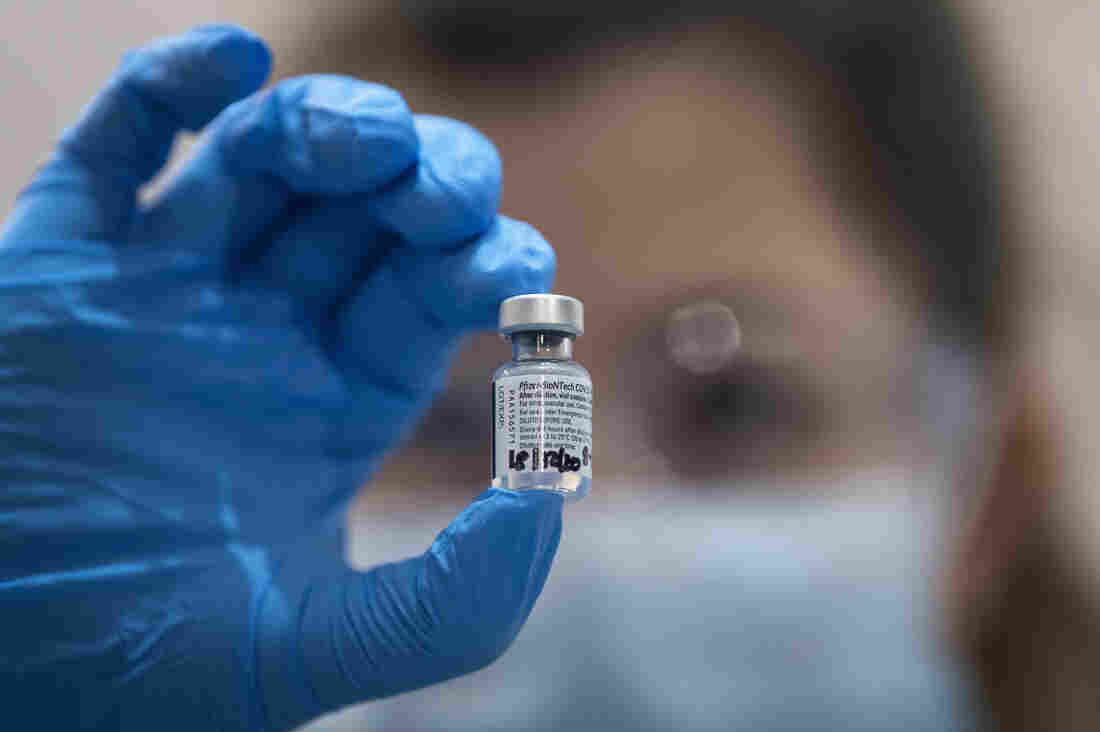 A vial of the Pfizer/BioNTech COVID-19 vaccine ready for administration at Guy's Hospital in London on Tuesday. Victoria Jones/Pool/Getty Images hide caption 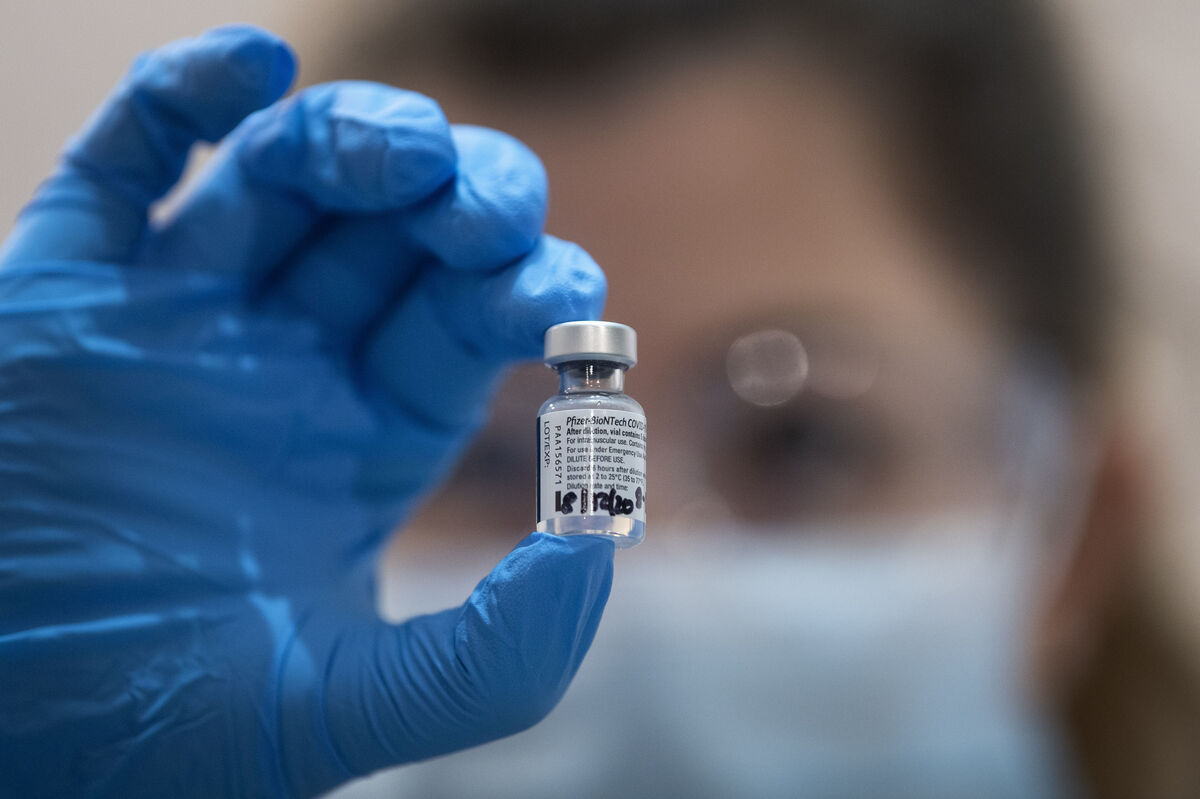 A vial of the Pfizer/BioNTech COVID-19 vaccine ready for administration at Guy's Hospital in London on Tuesday.

The Food and Drug Administration is expected to authorize the use of the first COVID-19 vaccine in the U.S. as early as this week. When it does, Louisiana stands ready, says Dr. Joseph Kanter, interim assistant secretary of the Louisiana Health Department's Office of Public Health.

"It's realistic to think that within 24 hours of this product being authorized, it ships, and then it's going into people's arms a day or two after that," Kanter told NPR's Morning Edition.

The CDC asked states in September to prepare a distribution plan by the following month, and Kanter says teams in his state have been practicing for months to receive and administer shipments. Louisiana, following guidance by a CDC advisory panel, will first give the vaccine to health care workers and residents and staff of long-term care facilities.

The FDA is expected to act on approval of the vaccine from Pfizer and its partner, German company BioNTech, shortly after it meets with an advisory panel on Thursday. In advance of the meeting, the FDA on Tuesday released its analysis of the vaccine, which found "no specific safety concerns" and affirmed that it is nearly 95% effective.

Here are excerpts of Morning Edition's conversation with Kanter:

How will it be done? Where will people get injected? Will you have drive-through stations? Will it feel similar to testing sites?

I think down the road when we get into more general population-type administrations that's what it will look like. Before that ... we will be directing the Pfizer vaccine ... towards hospital and health care personnel. That means it'll be distributed directly to hospitals and administered on site. ...

Hospitals are ready. We actually drilled — end to end, the whole scheme — a couple weeks ago. We did it on a weekend to make sure that folks were ready to receive, even on a weekend. And all in all that exercise went fairly smoothly. ...

Dummy vaccine, end to end, temperature monitoring – a couple snags here and there, but by and large the packages arrived when they were supposed to, people were ready to accept them, ready to administer and we felt confident that when it comes — and we don't know the exact date — but when it does come, we'll be ready and I do think most every other state will be ready as well.

Do you know how many people you'll be able to vaccinate in the initial phase and how many in the phase after that?

We're expecting to get 39,000 doses in the first week's shipment. That will start a weekly cadence, and we'll get something in that ballpark every week going forward for the Pfizer vaccine. No product is going to sit on the shelf.

It's going to be delivered directly to our hospitals, for our larger ones. For our smaller hospitals, we'll receive it centrally in Louisiana, subdivide it, subdistribute it, all under the ultracold requirements and then get it out.

Once this product leaves ultracold, you have five days to administer it. So we will not be hoarding or putting any product on the shelf. It will be administered very, very quickly.

Is it hard to be excited about this when you have so many hospitalizations right now?

That's the messaging challenge right now because on one hand, this is the off-ramp. This is how the pandemic ends. The end is in sight, and that's incredibly exciting. I really am excited and encouraged by it. The challenge here is we've still got to keep our eyes on the road.

They say the majority of car accidents happen within a couple miles of your house. We have a treacherous road ahead. We've got to do all the things that keep us safe and continue to do those until we have enough vaccine for everyone, which probably is not happening until the summertime.

Lilly Quiroz and H.J. Mai produced and edited the audio story. Heidi Glenn produced it for the Web.