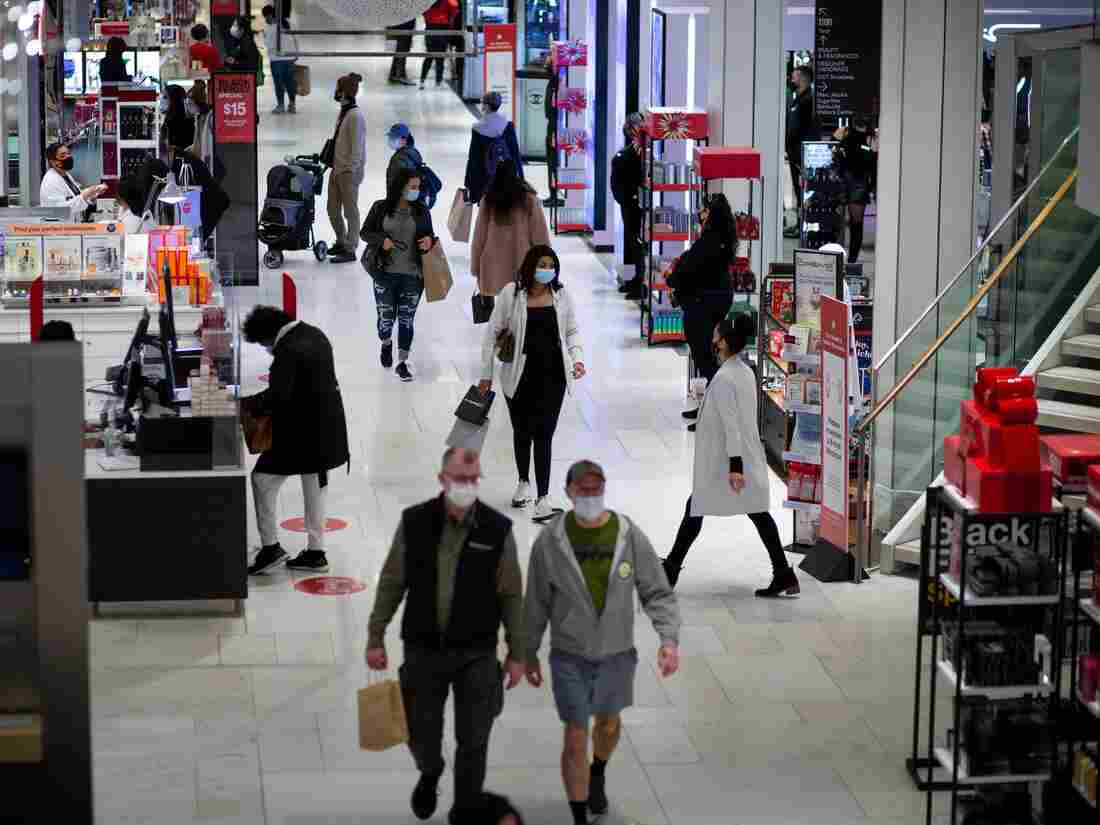 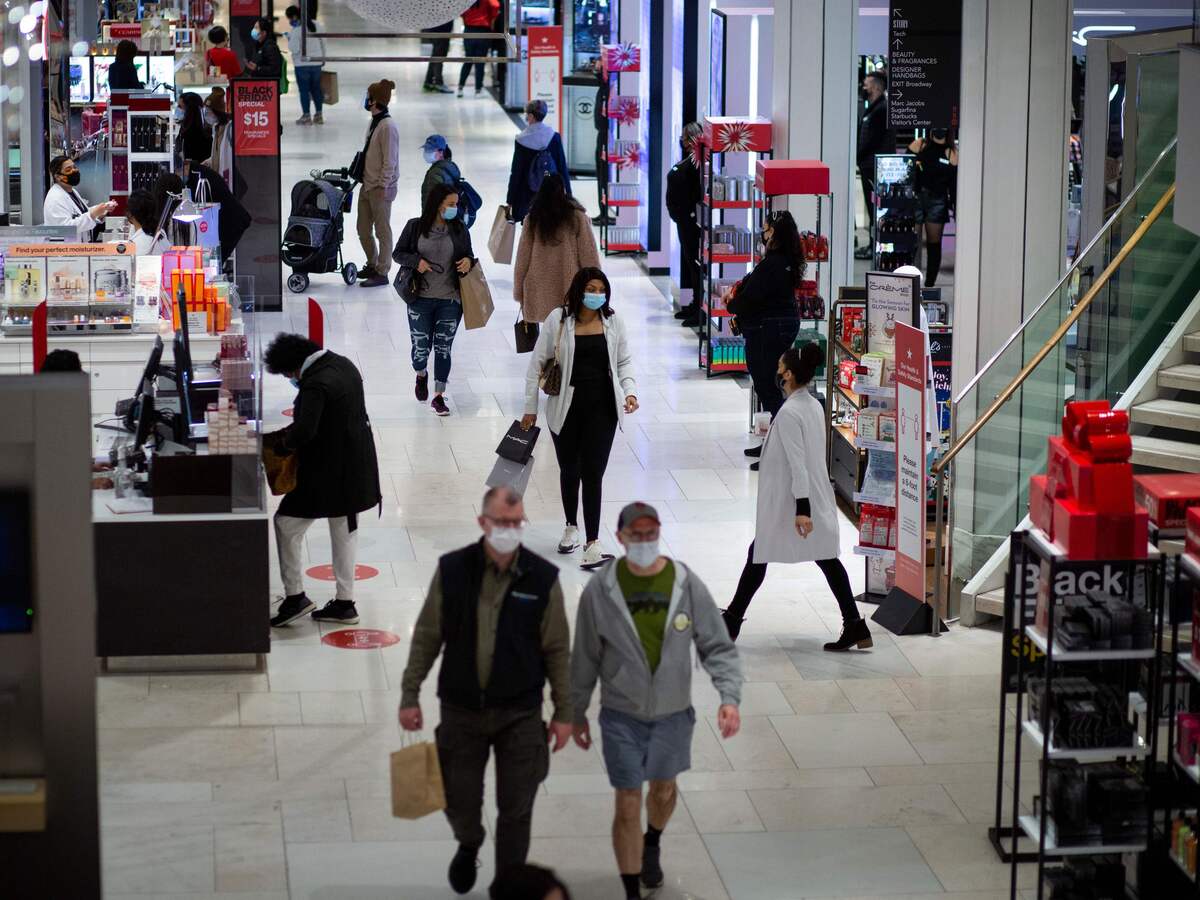 Shoppers walk through Macy's in New York on Black Friday last month. Retail sales declined 1.1% in November, according to the Commerce Department.

U.S. retail spending declined the most since a historic plunge in April as new coronavirus surges restricted outings to stores and restaurants.

However, retail spending — excluding food service — was still up 7.1% when compared with a year earlier, in part thanks to record-setting Black Friday and Cyber Monday online shopping sprees.

Like for much of the year, clothing and department stores as well as restaurants and bars took the biggest hits last month again. All have struggled to recover from waves of shutdowns and closures, and sales are still down heavily compared with last year.

The Commerce Department also revised October's data to show a decline of 0.1% instead of an increase of 0.3%.

For November, here's where the data showed people spending, compared with a month earlier:

U.S. shoppers are on track to spend more than $755 billion during the key end-of-the-year weeks — but many of the sales, in fact, began in October.

Retailers marked a record-setting start to the holiday shopping season but also warned they didn't know how much they'd be affected by pushing their biggest sales to earlier in the year.

After an unusual delay because of pandemic uncertainty, the National Retail Federation is now forecasting that retail sales will grow between 3.6% and 5.2% to their highest level ever during a holiday shopping season.

The trade group says shoppers will spend on average $998 on gifts, food, decorations and other holiday items — yearning to feel special in a difficult year.

Paycheck-To-Paycheck Nation: How Life In America Adds Up

Malls and food establishments, however, have been hammered by waves of shutdowns and restrictions as the U.S. has struggled to contain the pandemic. Spending at restaurants and bars is down 17.2% compared with last year.

The National Restaurant Association says 110,000 restaurants, or 17% nationwide, have permanently closed during the pandemic after being in business for an average of 16 years.

Many businesses — and families — have been anxiously watching U.S. lawmakers' protracted debate over extending pandemic aid. Several federal programs, including some unemployment benefits, are expiring at the end of December.

In retail, however, a surge in online shopping has led giants such as Amazon and Walmart to go on hiring sprees, especially for people to staff warehouses overflowing with orders. The Labor Department's data, adjusted for seasonal hiring patterns, showed a net loss of 35,000 retail jobs in November, but an increase of 145,000 jobs in transportation and warehousing.