Accessibility links
Congress Stuck, Again, In Quest To Pass COVID Relief : Coronavirus Updates Congressional leaders returned to familiar ground Saturday, digging in on opposite sides of a stalemate over a coronavirus relief package they all is badly needed to help struggling Americans. 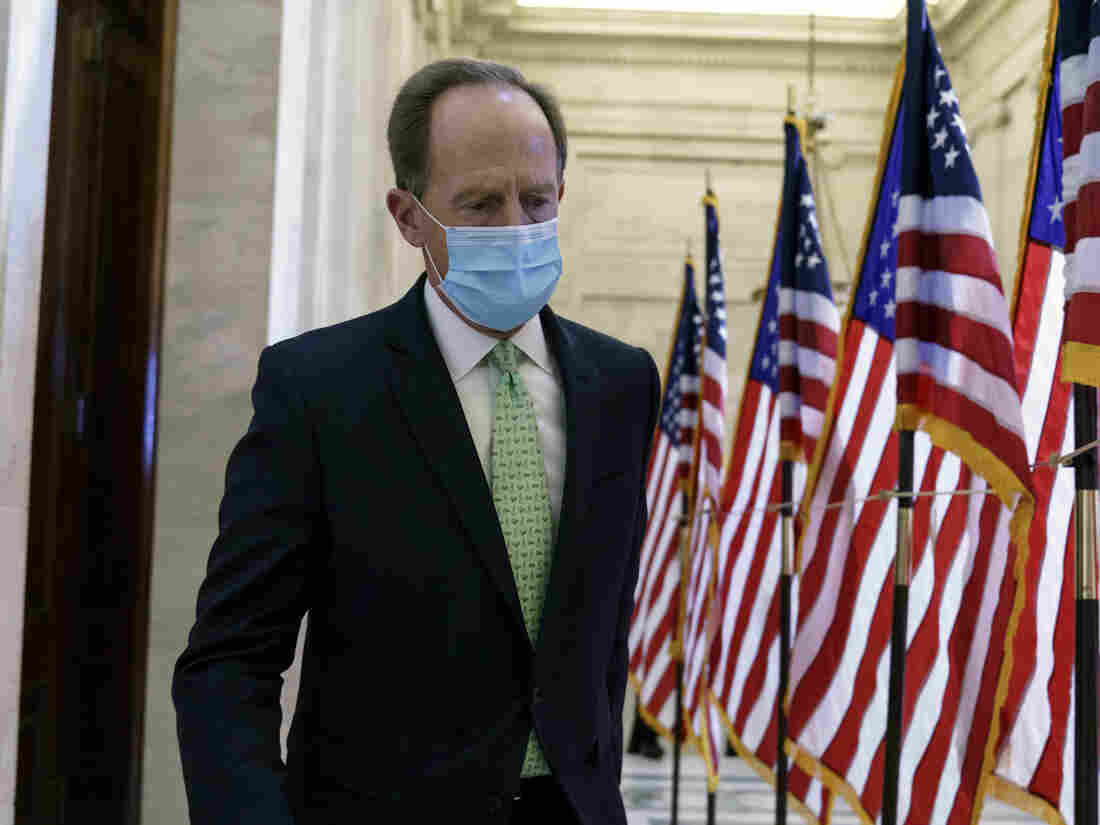 Sen. Pat Toomey, R-Pa., is at the center of a fight over the last major issue standing in the way of a $900 billion COVID relief agreement. J. Scott Applewhite/AP hide caption 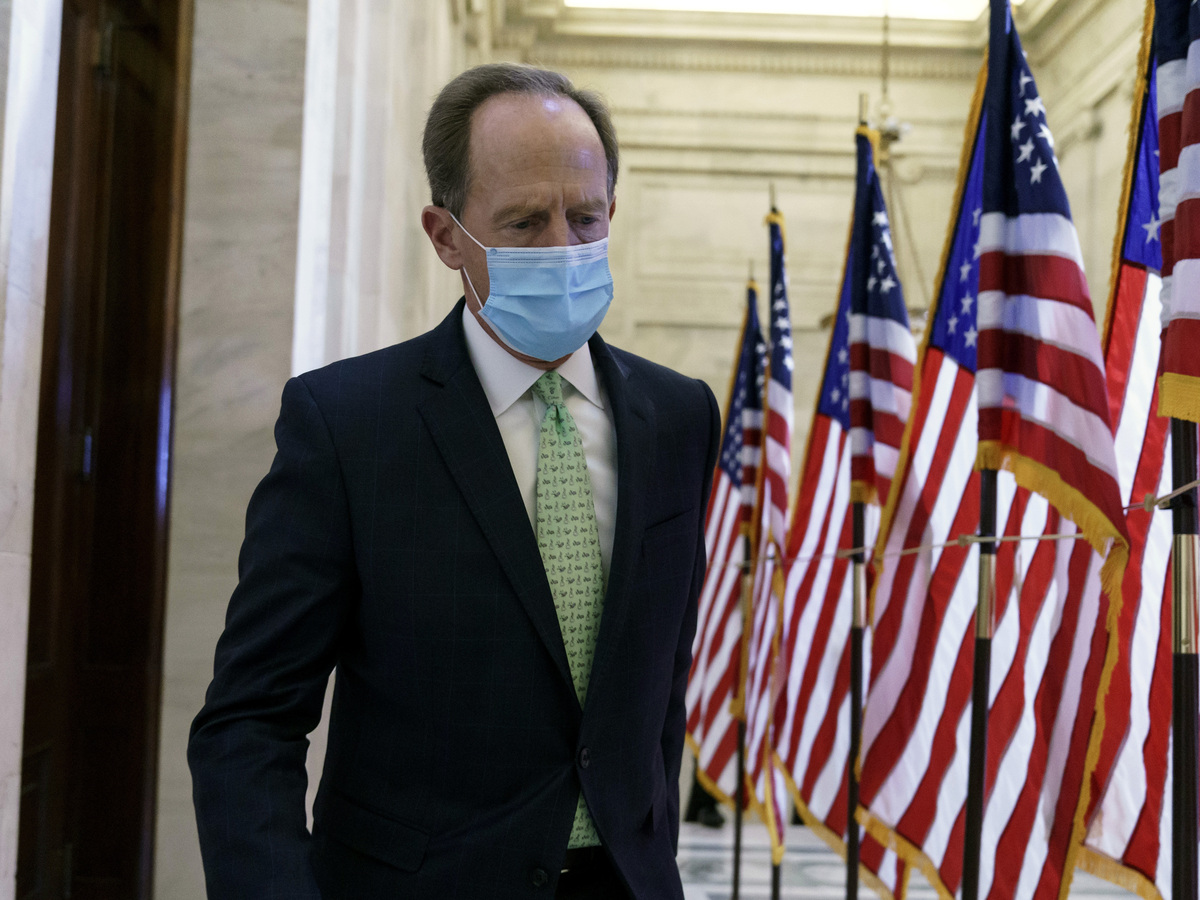 Sen. Pat Toomey, R-Pa., is at the center of a fight over the last major issue standing in the way of a $900 billion COVID relief agreement.

Congressional leaders returned to familiar ground Saturday, digging in on opposite sides of a stalemate over a coronavirus relief package they all say is badly needed to help millions of Americans struggling this holiday season.

This time, they're fighting over a GOP-backed provision that would require the Federal Reserve to seek congressional approval for certain lending authorities. Leaders say they have resolved nearly every other issue, from ironing out issues with food stamps and disaster funds to dropping months-long fights over state and local funding and liability reform.

And nobody in the Capitol seems happy to be spending the weekend this way.

"I don't think this is going to be resolved anytime soon," Sen. John Kennedy, R-La., told reporters. "Oh I could see us here until New Year's, or Christmas Eve, maybe New Year's Eve."

The fight over the Federal Reserve started as a demand from Pennsylvania Republican Sen. Pat Toomey, one of the most vocal fiscal hawks in Congress. He is pushing for three pandemic-related programs, a corporate bond credit facility, a main street lending program and a municipal lending program, to end.

"They don't need to continue," Toomey said on the Senate floor. "They were funded by the CARES Act, they were set up at the time of the CARES Act for this narrow, specific purpose and now they've achieved their purpose."

Democrats argue the provision would also prevent future Treasury secretaries from restarting the programs. They accuse Republicans of holding up roughly $900 billion in funds and programs over one proposal that they say cropped up in the final hours of the talks.

Sen. Angus King, I-Maine, told reporters that the Fed issue isn't related to COVID relief and would "cripple the next administration."

"Why are we even having this discussion?" King asked. "If Mitch McConnell wants to leave Americans suffering for a totally irrelevant provision to try to cripple our ability to deal with an upcoming election ... that's his choice and he's going to have to live with it."

Republicans adopted Toomey's fight but Majority Leader McConnell did not respond to questions Saturday about whether the issue is a red line in the negotiations. Toomey told reporters that he thinks it is possible to get a deal done.

"That has to be resolved and then everything will fall into place," Pelosi told reporters. "It's not a detail, it's a very significant difference."

The two-day stop-gap spending bill Congress approved Friday to allow them time to finish their talks is set to expire at the end of the day on Sunday.