Accessibility links
NCAA Says 2021 Men's March Madness Will Take Place In A Bubble In Indiana : Coronavirus Updates "The 2021 version of March Madness will be one to remember," an executive says, as the NCAA plans to convert the Indiana Convention Center into a massive practice facility. 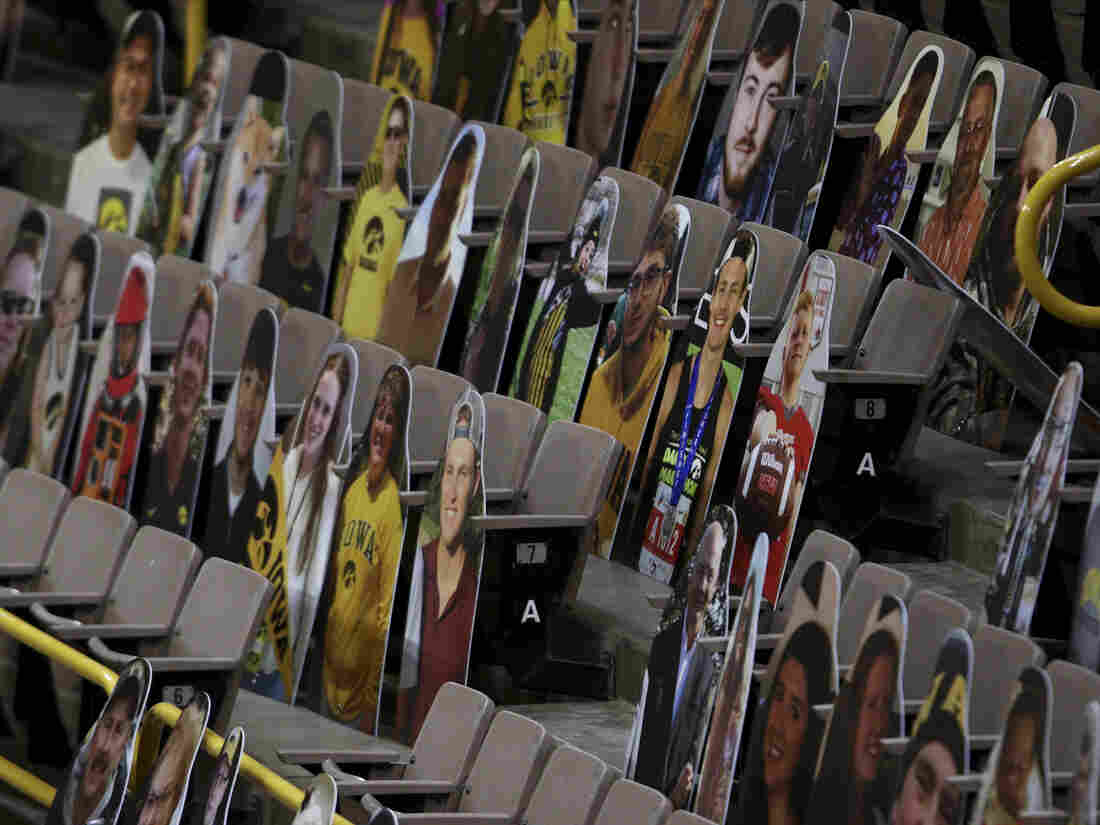 The NCAA says it hasn't decided on whether any fans will be allowed to watch the men's basketball tournament, which will center on Indianapolis. Here, cardboard placards populate Iowa's Carver-Hawkeye Arena last month. Matthew Holst/Getty Images hide caption 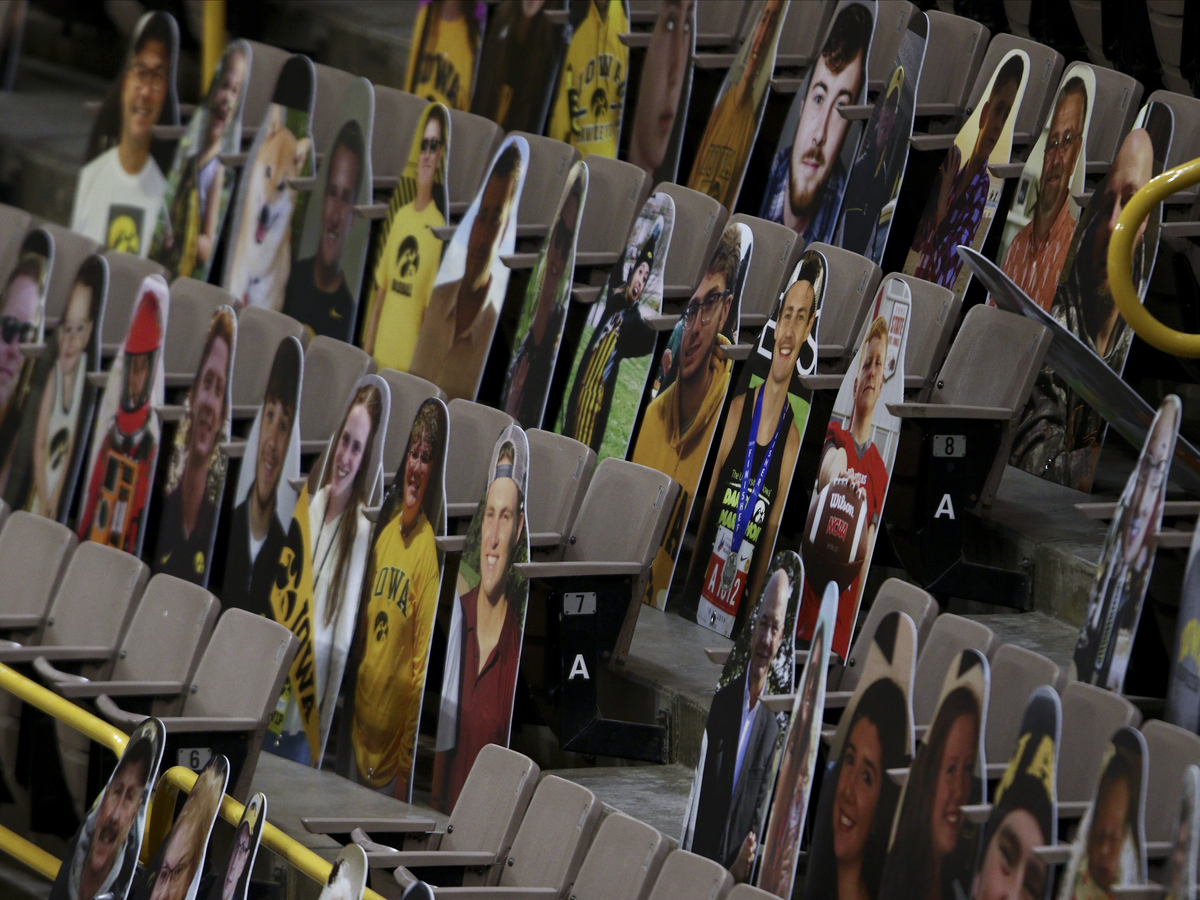 The NCAA says it hasn't decided on whether any fans will be allowed to watch the men's basketball tournament, which will center on Indianapolis. Here, cardboard placards populate Iowa's Carver-Hawkeye Arena last month.

All 67 of the upcoming men's March Madness games will be played in Indiana, the NCAA announced Monday, in a bid to stage the college basketball tournament that had to be canceled last year due to the COVID-19 pandemic. The organization said it's still determining whether fans will be able to attend games.

"The 2021 version of March Madness will be one to remember, if for no other reason than the uniqueness of the event," said Dan Gavitt, NCAA senior vice president of basketball.

The full schedule of games is still being worked out. But the NCAA said it has nailed down its two bookend dates: Selection Sunday, when teams are placed in the bracket, is set for March 14. The Final Four is set for April 3 and 5.

The tournament normally sends teams to venues around the country, where they compete in single-elimination games organized under four main regions. But that's not possible this year as the deadly pandemic has forced people to limit travel and other activities.

By choosing to hold the entire tournament in Indiana, a state replete with sports facilities and affection for basketball, "we are making the most of the circumstances the global pandemic has presented," Gavitt said. He predicted a "terrific national championship" tournament, but he also acknowledged, "This is going to be complicated and difficult; there's no question about that."

The NCAA said it will establish a "controlled environment" and a coronavirus testing program for players, coaches and staff, along with administrators and officials. As part of the plan, the Indiana Convention Center will become a massive practice facility, with teams and officials housed in nearby hotels — and using skywalks to reach the convention center.

Most of the games will be played in Indianapolis, including on two courts inside Lucas Oil Stadium. Other games will be held in West Lafayette or Bloomington. As in recent years, March Madness will be televised and streamed by CBS Sports and Turner Sports.

The NCAA has also announced plans to hold the women's tournament in March, with Final Four games taking place in San Antonio. The organization recently said it was in talks to hold the entire tournament in that same region, to reduce teams' travel.

March Madness routinely brings thousands of screaming fans together in stadiums – but for now, only a limited number of players' and coaches' relatives will be allowed to attend their games. The NCAA said it is "closely monitoring the ongoing pandemic and will continue to work with local officials" on whether fans will be allowed at the men's tournament.

In addition to following safety protocols, the NCAA said its "Mask Madness" program will donate thousands of masks in Indiana and promote health and safety practices.

The NCAA is hoping to avoid the setback it endured last March when it was forced to cancel the Division I men's and women's college basketball tournaments along with other winter and spring sports championships. Many teams and conferences shut down their operations out of concern over the coronavirus.

"We have worked tirelessly to reimagine a tournament structure that maintains our unique championship opportunity for college athletes," NCAA President Mark Emmert said on Monday.

The tournament will be hosted by a number of local colleges and organizations, including Ball State, Butler, the Horizon League, Indiana, Purdue and Indiana University-Purdue University Indianapolis.