Accessibility links
Dozens Arrested, Thousands Ticketed As Dutch Protest New Virus Lockdown Measures : Coronavirus Updates Many people are angry that the Netherlands has imposed a new curfew to contain the spread of COVID-19 and new variants of the coronavirus. 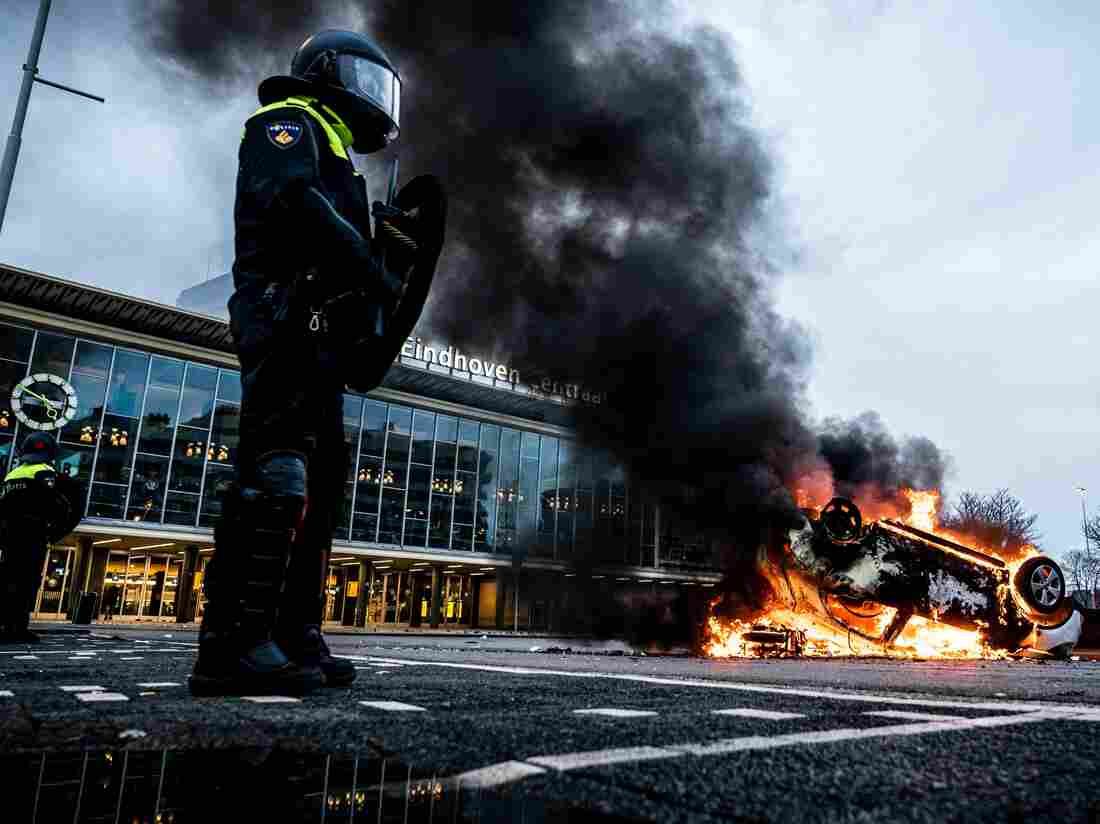 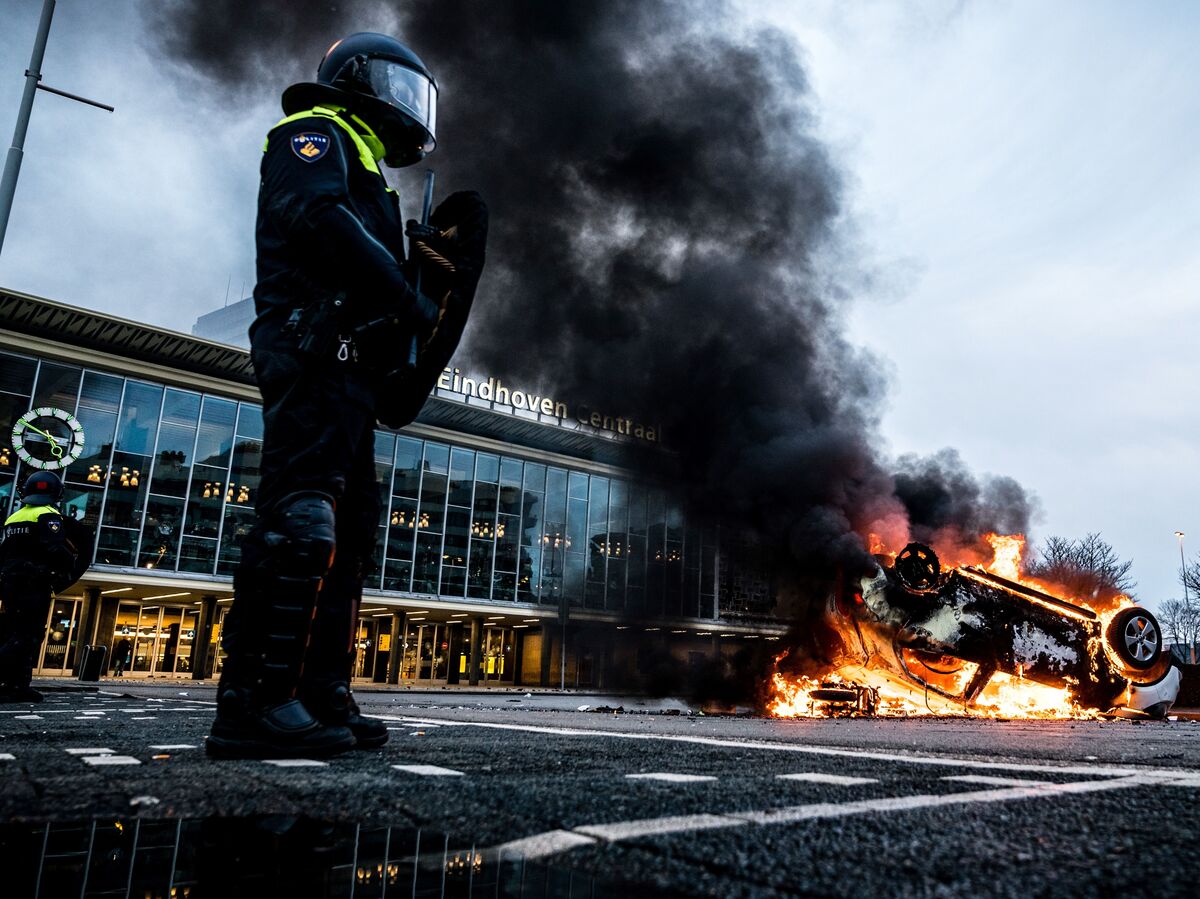 Protesters of new lockdown measures in the Netherlands burned cars and coronavirus testing sites and fought with police.

Protesters opposed to coronavirus lockdowns in several Dutch cities clashed with police over the weekend after new restrictions went into effect.

Videos of the demonstrations posted online show large crowds of people — many not wearing masks — using bicycles to build barricades along city streets, and hurling rocks at officers and passing police vans. Shops were broken into and looted.

Hoping to slow the spread of COVID-19 variants in the Netherlands, the government imposed new lockdown measures throughout the country. But the rules, such as an 8:30 p.m. curfew and limiting visitors to one per household per day, drew the ire of many residents.

If you managed to switch off the news over the weekend, congrats.

Here’s what’s been happening in the Netherlands.

The Netherlands has also restricted international travel — banning travel abroad until March 31 — and limited flights from the U.K. and several South American countries. Travel from outside the European Union has been blocked since March.

In the city of Urk, northeast of Amsterdam, police reported that protesters torched a COVID-19 testing center. Health Minister Hugo de Jonge said in a translated tweet that employees of that center are "gutted" by the destruction.

For a second weekend in a row, young protesters filled a major square in Amsterdam but were dispersed by police, who fired water cannons and tear gas. Police say they arrested more than 100 people.

Police reported that as of Saturday, officers wrote more than 3,600 tickets for violations of the new curfew. Twenty-five people were arrested in various locations because they refused to disperse or were caught committing "open violence."