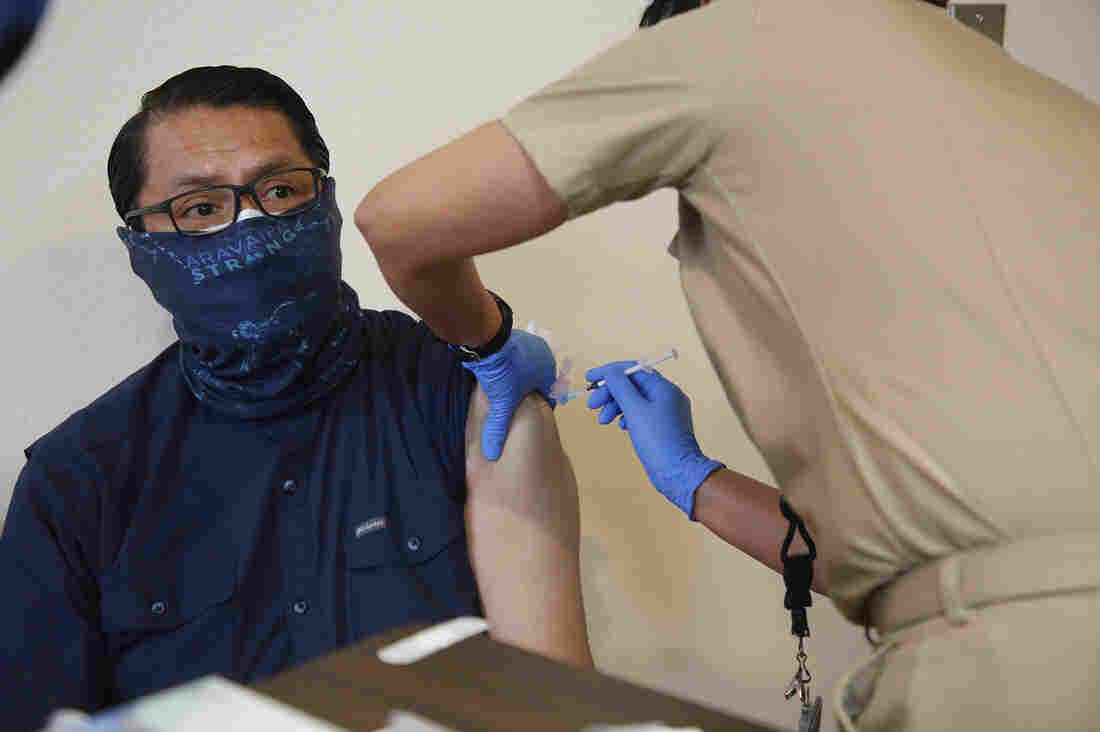 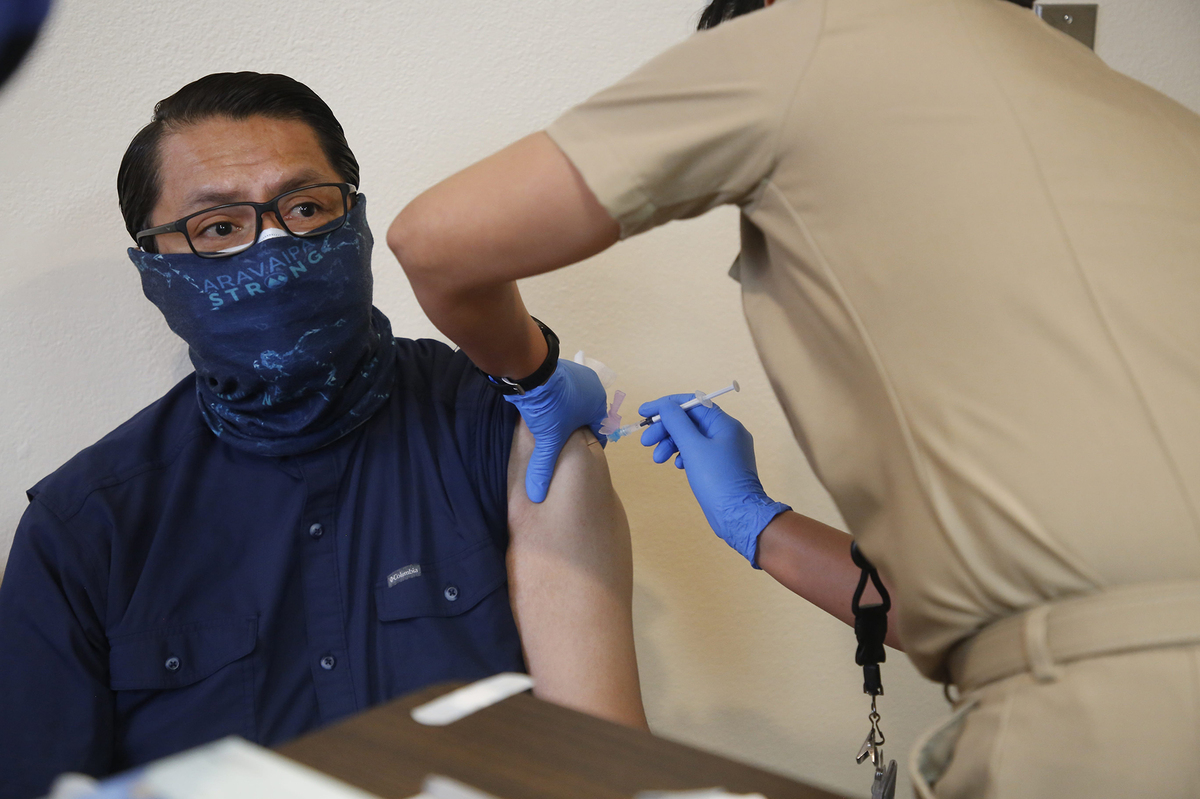 The Navajo Nation has lifted a strict weekend curfew that has been in place for months to expand COVID-19 vaccination efforts.

Like much of the country, the Navajo Nation had its worst coronavirus surge at the end of last year. But now, more than 1 in 5 residents have received at least one dose of a vaccine — a much higher level than most states so far.

Navajo Nation President Jonathan Nez told NPR's All Things Considered that now is not the time to let up on taking individual precautions but that the inoculation campaign is moving swiftly.

"We're going to be focusing on mass vaccinations and these vaccination blitz [events] on Saturday and Sunday," Nez said.

Navajo Nation Extends Lockdown Due To 'Dire' Surge Of Coronavirus

The Navajo Nation has been especially hit hard by the coronavirus. In May, it had the highest per capita infection rate in the United States.

Nez said that so far, one of the main barriers health officials are trying to overcome is vaccine hesitancy, especially among older people. So in an effort to boost confidence in the vaccine, Nez said he rolled up his sleeve and got vaccinated. "We televised it," he said. "I think we brought some of the people who were on the fence to take the vaccine."

What kind of other unique challenges have you faced in getting the vaccine distributed across the reservation?

Here on the Navajo Nation, those challenges are to get the shots into the arms of those that are living in the rural parts of the Navajo Nation that may not have vehicles or choosing to stay there, away from the high-populated areas, so that's been a challenge.

And now with the weather — we got mud and snow, and it's starting to be a challenge to get some of those folks their second dose, because there's a window right, depending on which vaccine you're using. And so we're talking with them and those patients, and we're even trying to encourage them to come to some of these sites to get their second doses as well.

The vaccine will go a long way, but I'm sure your health officials will say it's not the only thing that will resolve the pandemic. What else needs to happen for life to feel normal again on your reservation?

We just need the states around us, the non-Native communities to do the same, take this virus seriously. For example, the state of Arizona — they don't mandate masks; they don't have businesses doing strict protocols. And we're like an island, the Navajo Nation within these three states [Arizona, Utah and New Mexico]. If other areas around us are not taking it seriously, it does impact the Navajo Nation.

I appreciate the state of New Mexico, the governor there. They have a mask mandate; they're doing everything they can, and we're working together on the outreach — getting the information out to our people about COVID, about testing, about vaccinations.

But like I said, our focus here is on the health and well-being of our Navajo people.