Accessibility links
New York Scrambles To Improve Vaccination Acceptance In Black And Latino Communities : Coronavirus Updates The state opened a mass vaccination site at Yankee Stadium in the Bronx on Friday and is working with Black pastors to overcome worries about vaccine safety. 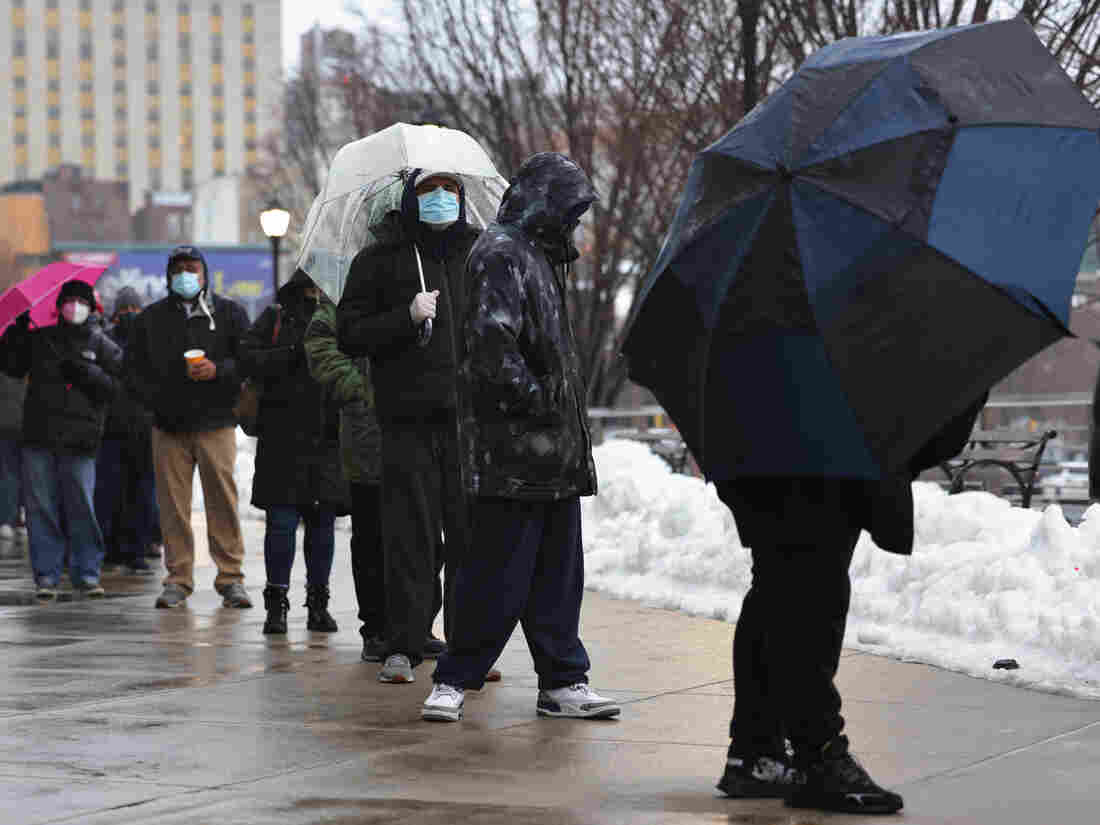 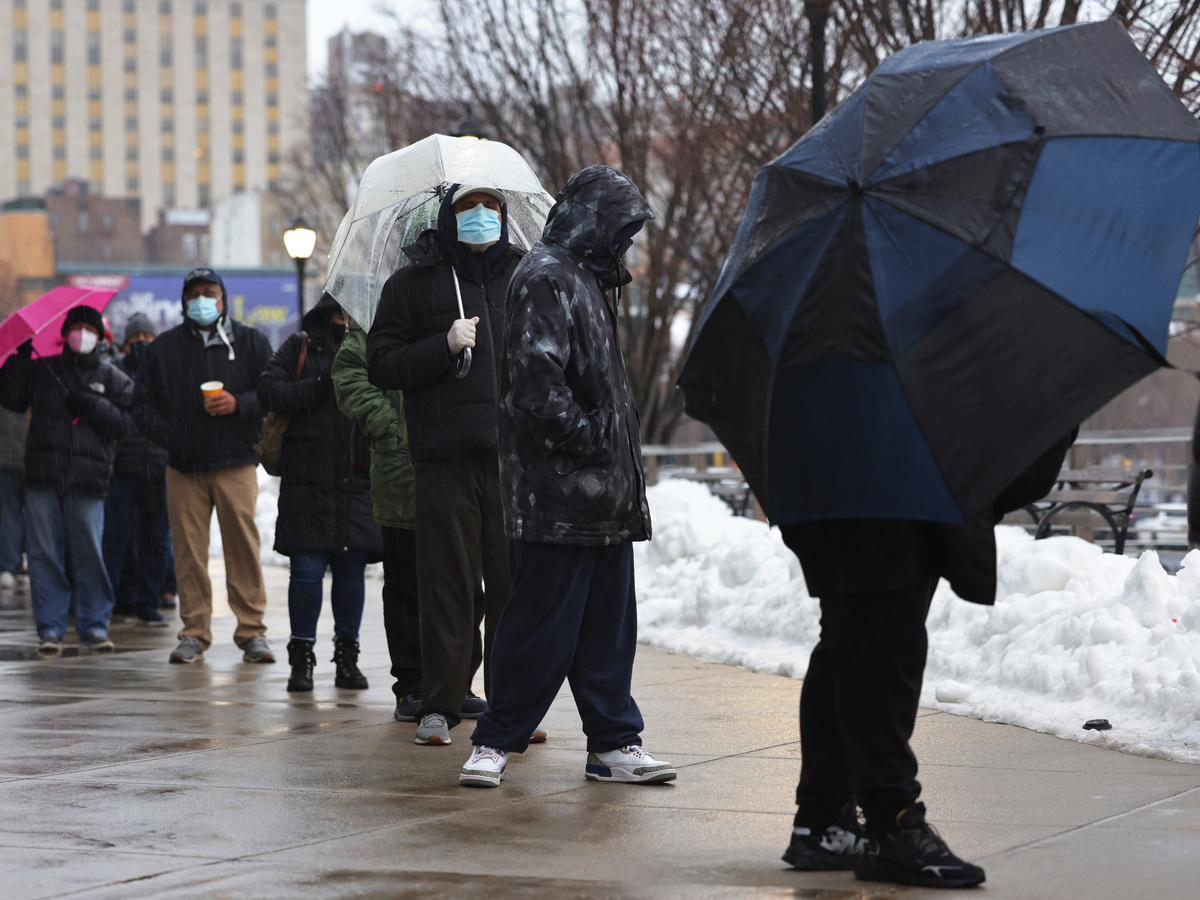 People wait in line to enter a COVID-19 vaccination site at Yankee Stadium on Friday in the Bronx borough of New York City.

Officials in New York say they're working to overcome resistance to the coronavirus vaccine in the Black and Latino communities, while also trying to make doses more readily available.

Only 39% of Black New Yorkers said they'd take the vaccine as soon as it was available to them, according to the state data. Hispanic New Yorkers were somewhat less hesitant, at 54%.

New York Gov. Andrew Cuomo pointed to healthcare workers who've had access to the vaccine and been encouraged to take it for weeks.

Seventeen percent of those nurses, doctors and other medical staff are Black, according to state data. But only 10% of medical workers who've received a first vaccine dose so far are African American.

"The hesitancy must be directly addressed with facts and validation," Cuomo said at a press conference Friday. "I'm speaking to leaders in the Black community, pastors, community groups, we have to get the information out."

Cuomo cited distrust of the government and the healthcare system as factors causing many in Black and Hispanic communities to delay or decline vaccinations.

Cuomo also acknowledged many Black New Yorkers have less access to vaccination opportunities compared with white residents. Vaccination rates among eligible Black seniors, over the age of 65, have lagged.

In the New York population over 65, 13% of those eligible for a vaccine are Black, but they make up 4% of those who received one. Similarly, 12% of that group is Hispanic or Latino, but they make up 5% of vaccine recipients. Older White and Asian communities are receiving vaccinations at higher rates.

Cuomo said the state is opening field vaccination sites and taking other measures designed to make it easier for people to get a vaccination dose.

"One of the things were doing is mass vaccination sites in high positivity areas which are also high Black, Latino demographic," Cuomo said, noting that a new vaccination site opened Friday at Yankee stadium in the Bronx.

A study released by the University of Pittsburgh this week found many Black Americans nationwide — including some in New York City --live in "vaccination deserts," where pharmacies and other vaccination sites aren't readily available even to those who are eligible.