Accessibility links
Should I Get The Johnson & Johnson Vaccine? : Coronavirus Updates By some measures, the Johnson & Johnson vaccine may appear to be less effective than Moderna and Pfizer. But Dr. Ashish Jha says when it comes to hospitalizations and deaths, it's just as good. 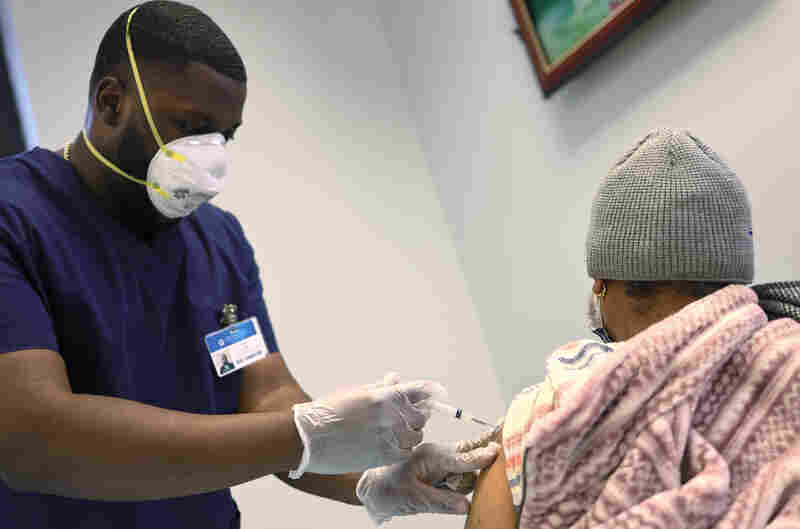 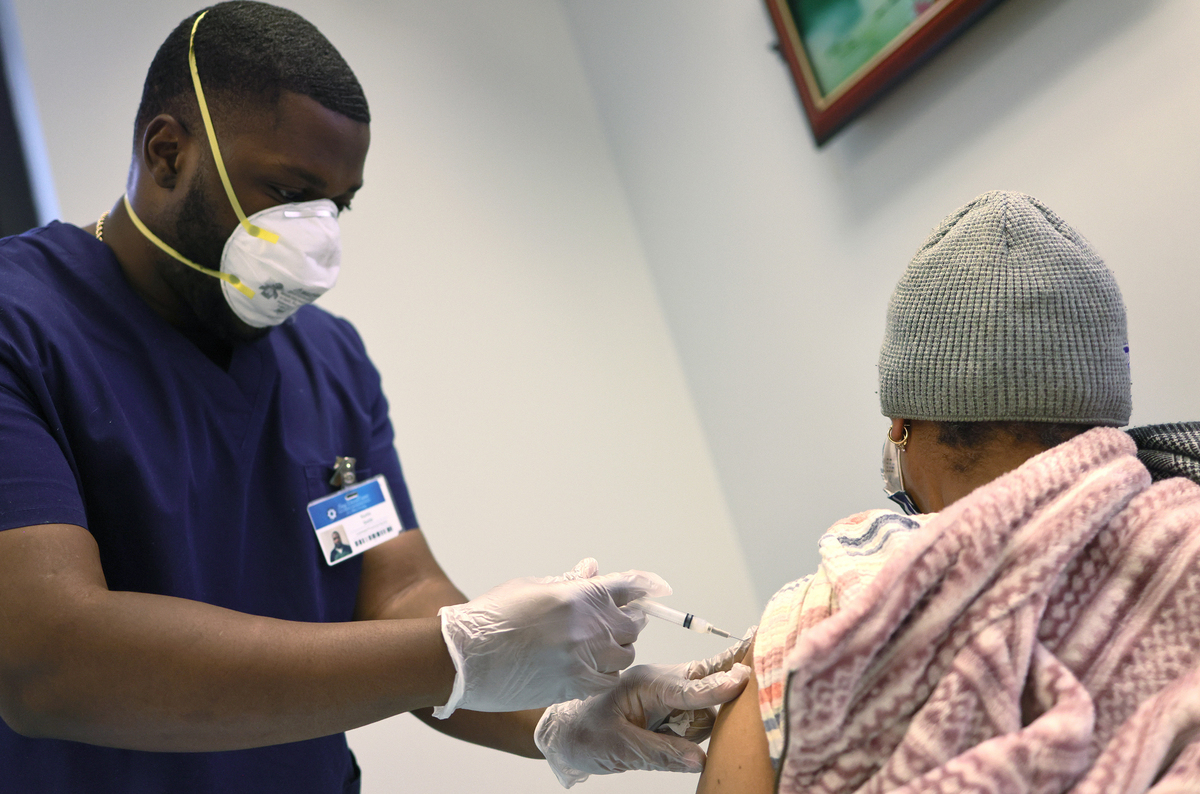 Two COVID-19 vaccines are being distributed in the U.S. right now, and this week an FDA advisory committee will vote on whether a third should join them.

If granted emergency use authorization, Johnson & Johnson's one-dose vaccine would become available in the U.S., along with those from Pfizer and Moderna.

"What I've been saying to my family is, as soon as the J&J vaccine is authorized, if that's what you can get, you should get it as soon as it's your turn in line," says Jha.

He points out that the 66% vs. 95% effectiveness isn't the right comparison for several reasons. He notes that the Johnson & Johnson vaccine was tested in different settings — the U.S., several Latin American countries and South Africa, where some worrisome variants of the virus were first seen.

"So that 66% number really represents an amalgamation of a variety of different clinical trials. Moderna and Pfizer were not tested in those circumstances," Jha tells All Things Considered. "And even if you just look at the U.S. data, the Johnson & Johnson number then starts getting much closer to the Moderna and Pfizer numbers."

But all of that misses what Jha says is the most important point.

"What you care about is hospitalizations and deaths," he says. "And Johnson & Johnson appears to be just as good as Moderna and Pfizer at preventing those."

Jha notes that among the vaccines that have reported results, almost all of them — including the Johnson & Johnson vaccine — have shown to be close to 100% effective at preventing hospitalizations and deaths.

In excerpts from his interview, Jha discusses the advantages of the Johnson & Johnson vaccine and how that might affect distribution.

Are there other significant differences among the vaccines?

Johnson & Johnson has the huge advantage of being one shot. So that's, of course, really helpful. There are a lot of differences in storage. The Johnson & Johnson vaccine can be stored basically in any refrigerator. [The Pfizer vaccine is shipped and stored at ultracold temperatures.] So transportation, widespread availability, much easier. But I certainly think for most people, the idea of a single-shot vaccine should be attractive for a lot of folks. And that also makes it easier for people to get.

As people organizing this vaccination effort look at which vaccine should go where, does the ease of administering a one-shot vaccine that can be kept in a refrigerator determine where the Johnson & Johnson vaccine is going to go?

I think you're going to see that play out. The two-shot Pfizer vaccine is particularly hard to manage in, let's say, rural settings, hard-to-reach places. Doable, but harder. J&J vaccine — much, much easier on that front. There are also certain people who may just decide they'd rather get a single shot than two shots. And, you know, and that may also influence who ends up getting what.

Some people are expressing concern that the vaccines that appear to be more effective — Moderna, Pfizer — are going to go to constituencies that have more political power, more clout, a louder voice, and that the so-called less effective vaccine, Johnson and Johnson, is going to go to more disenfranchised groups. What's your response to that?

First of all, I want to make the case that the J&J vaccine is not a lesser vaccine. And second is we absolutely should not be distributing these things based on socioeconomic status or any of those things. We should really be getting all these vaccines out everywhere, we should be focused on disenfranchised groups, actually, for priority because they've been hit so hard.