Accessibility links
In A Tribute To Justice Ginsburg, Obama Calls On Senate To Delay Naming A Successor : Death Of Ruth Bader Ginsburg The former president says Republicans should "apply rules with consistency, and not based on what's convenient or advantageous in the moment."

In A Tribute To Justice Ginsburg, Obama Calls On Senate To Delay Naming A Successor

In A Tribute To Justice Ginsburg, Obama Calls On Senate To Delay Naming A Successor 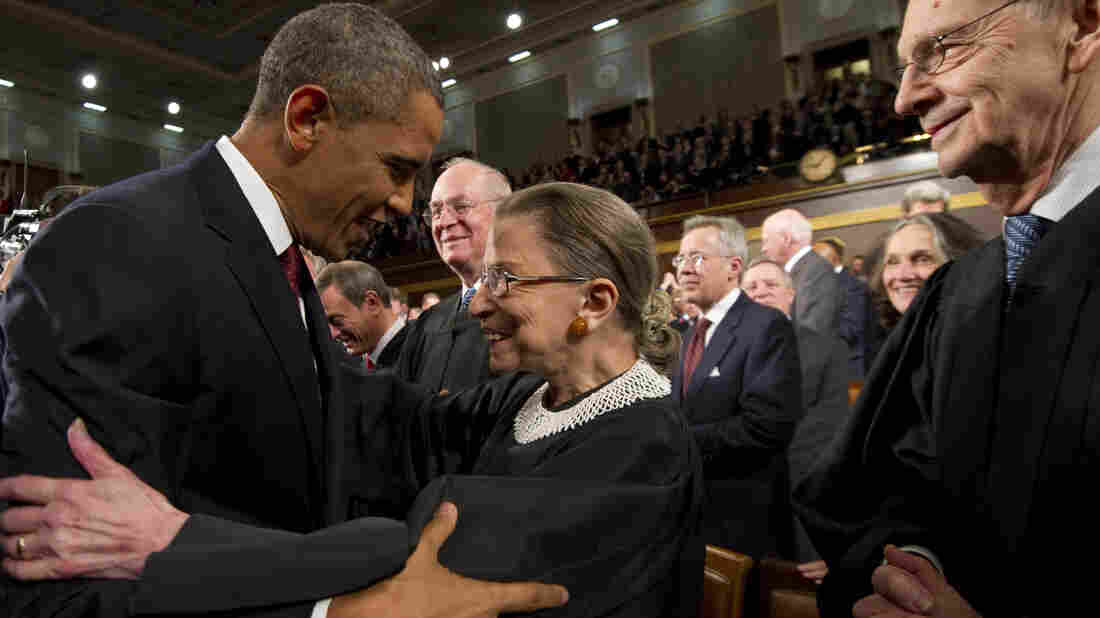 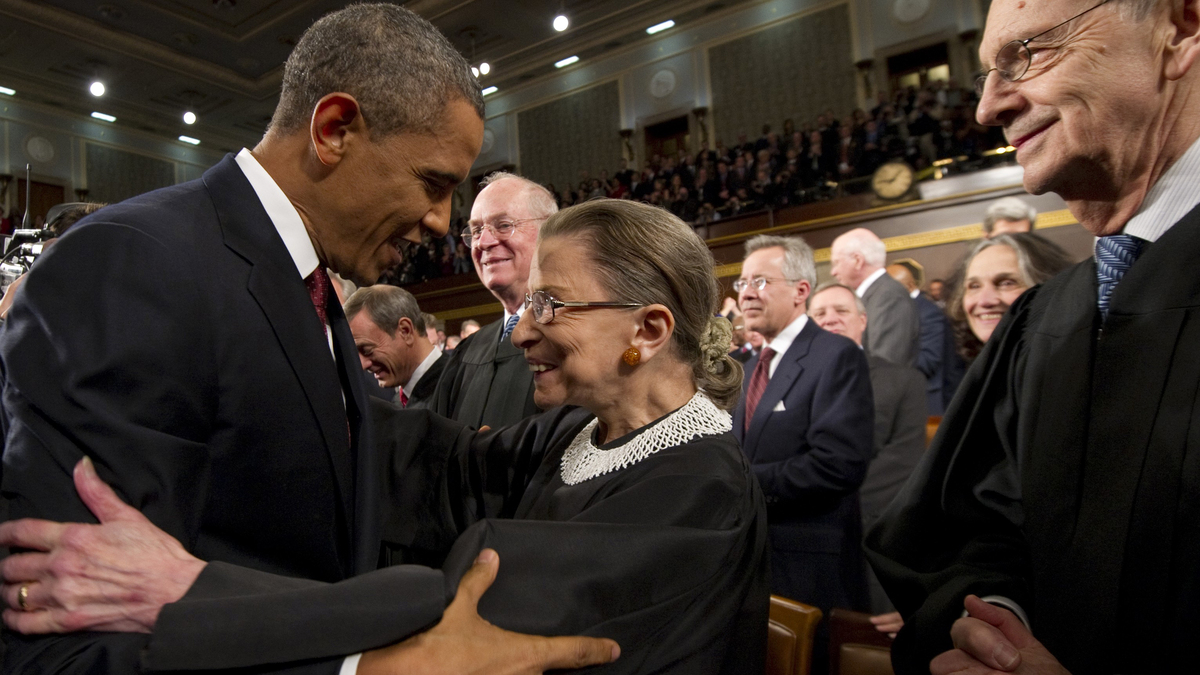 Former President Barack Obama paid tribute to Supreme Court Justice Ruth Bader Ginsburg on Friday, calling on Republicans to delay filling the vacancy left by her death until after the 2020 presidential election.

Ginsburg died from cancer complications earlier on Friday. She was 87.

In his statement, Obama called Ginsburg a "warrior for gender equality" who "inspired the generations who followed her, from the tiniest trick-or-treaters to law students burning the midnight oil to the most powerful leaders in the land."

Regarding the task of filling her Supreme Court seat, he asked Republicans to "apply rules with consistency, and not based on what's convenient or advantageous in the moment," referring to the precedent set when the Senate would not hold a hearing on his nomination of Merrick Garland in 2016 following the death of Justice Antonin Scalia.

"Four and a half years ago, when Republicans refused to hold a hearing or an up-or-down vote on Merrick Garland, they invented the principle that the Senate shouldn't fill an open seat on the Supreme Court before a new president was sworn in," he said. "As votes are already being cast in this election, Republican Senators are now called to apply that standard."

The former president also referenced Ginsburg's "instructions for how she wanted her legacy to be honored." Before her death, she told her granddaughter, Clara Spera, that her "most fervent wish" was that she would not be replaced "until a new president is installed."