Accessibility links
Trump's Supreme Court Pick Will Likely Be Introduced With Fanfare : Death Of Ruth Bader Ginsburg The process is shrouded in secrecy, but the president's flair for the dramatic has introduced a sense of showmanship to the highly choreographed roll out. 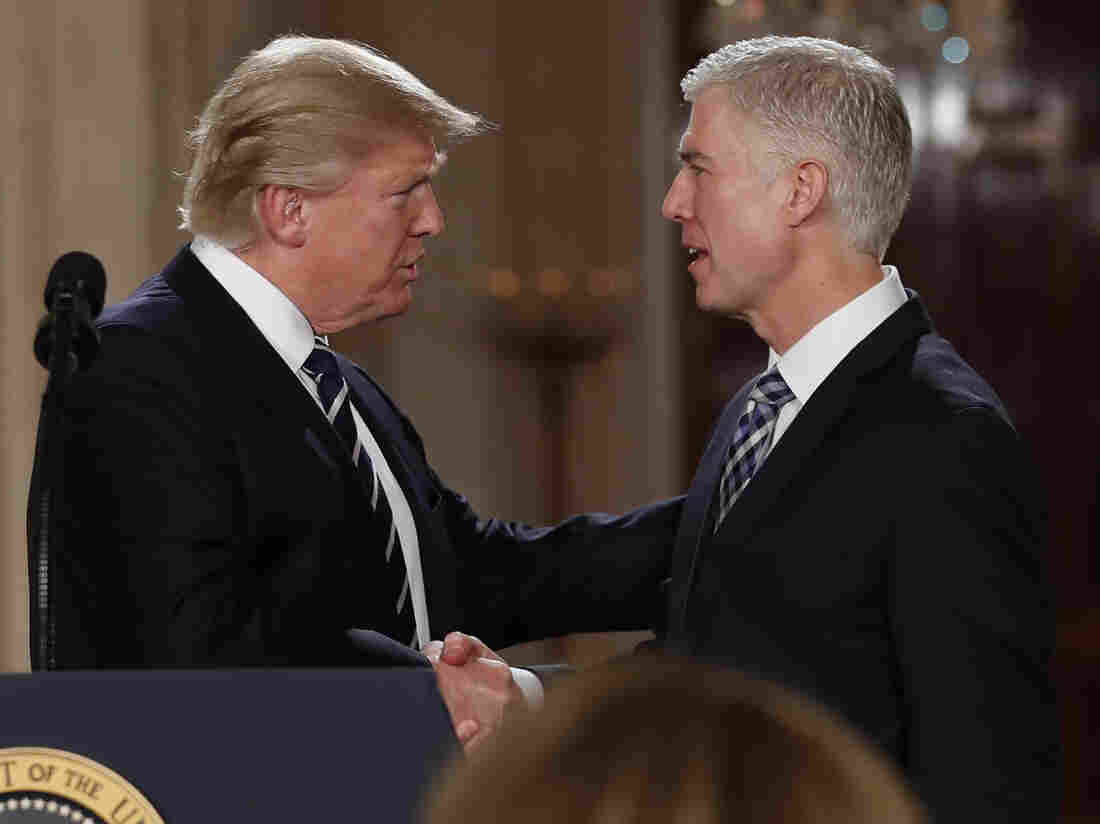 President Trump shakes hands with Neil Gorsuch, his first pick for a spot on the U.S. Supreme Court, on Jan. 31, 2017. The president will likely have the opportunity to name a replacement for Justice Ruth Bader Ginsburg, who died Friday. Carolyn Kaster/AP hide caption 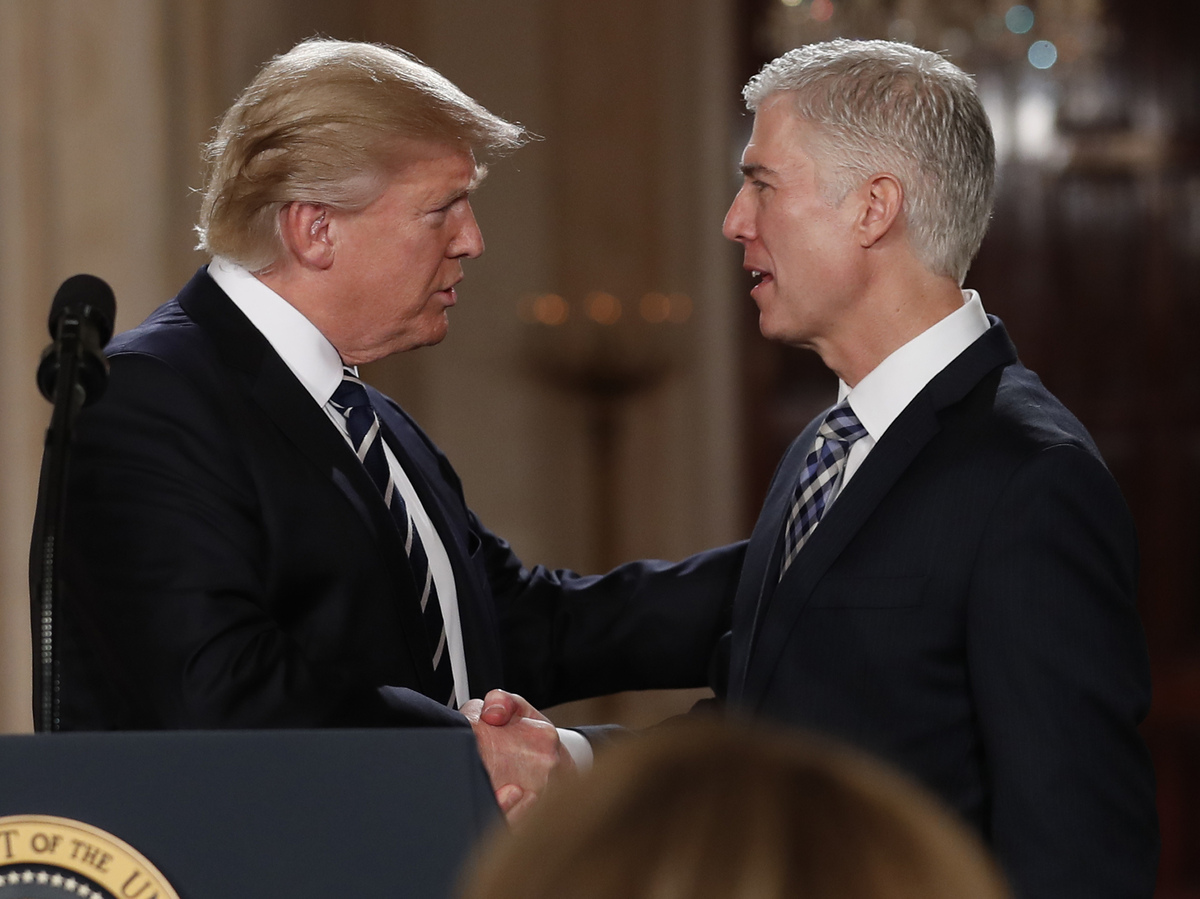 President Trump shakes hands with Neil Gorsuch, his first pick for a spot on the U.S. Supreme Court, on Jan. 31, 2017. The president will likely have the opportunity to name a replacement for Justice Ruth Bader Ginsburg, who died Friday.

Candidates on the short list for a Supreme Court vacancy undergo intense vetting that typically culminates in a one-on-one interview with the president.

The process is shrouded in secrecy, but President Trump's flair for the dramatic has introduced a sense of showmanship to the highly choreographed rollout.

In January 2017, a journalist at CNN corralled federal appeals court Judge Thomas Hardiman as he stopped at a gas station in Pennsylvania to fill up his tank. The reporter asked whether Hardiman was on his way to Washington, D.C., for a ceremony to announce the replacement for the late Justice Antonin Scalia. The judge held up his hand to the camera, and rushed into his car without answering the question.

Hardiman, who earned money for law school by driving a taxicab, had been a favorite of the president's sister, Maryanne Trump Barry, who served alongside him on the U.S. Court of Appeals for the Third Circuit. It later emerged that the White House secretly flew its pick for high court, Neil Gorsuch, to D.C. on a military jet, and that he stayed in the home of a friend to avoid detection before a prime-time announcement that featured Gorsuch walking down a red carpet.

For his next Supreme Court vacancy, the president spoke with a number of lawyers, including Amy Coney Barrett, a former Notre Dame law professor who now sits on the federal appeals court for the Seventh Circuit. Barrett has seven children, including two who were adopted from Haiti. Democratic senators have highlighted her conservative Catholic roots and warned she could offer a decisive vote to overturn the landmark abortion ruling Roe v. Wade.

Barrett signed a public statement against the Affordable Care Act's birth-control benefit in 2012 and five years later, she wrote a paper in which she criticized John Roberts' decision to uphold the ACA's penalty as a tax, reasoning that the chief justice had pushed the law known as Obamacare "beyond its plausible meaning to save the statute."

But after Barrett met with Trump in 2018, one news report suggested Trump had cut short the session, leading some court watchers to believe she had not made a good impression with the president. He ultimately chose Brett Kavanaugh to fill the seat made vacant by Justice Anthony Kennedy's retirement.

Trump's advisers view his 200-plus appointments to lifetime seats on the federal bench as his most enduring legacy, and they have been adding to the list of Supreme Court candidates in recent weeks.

One new name on the list is Judge James Ho, of the U.S. Court of Appeals for the Fifth Circuit. Ho, the son of immigrants from Taiwan, typifies the Trump judicial nominee: young, conservative and unafraid to court controversy.