'Use My Words Against Me': Lindsey Graham's Shifting Position On Court Vacancies

'Use My Words Against Me': Lindsey Graham's Shifting Position On Court Vacancies 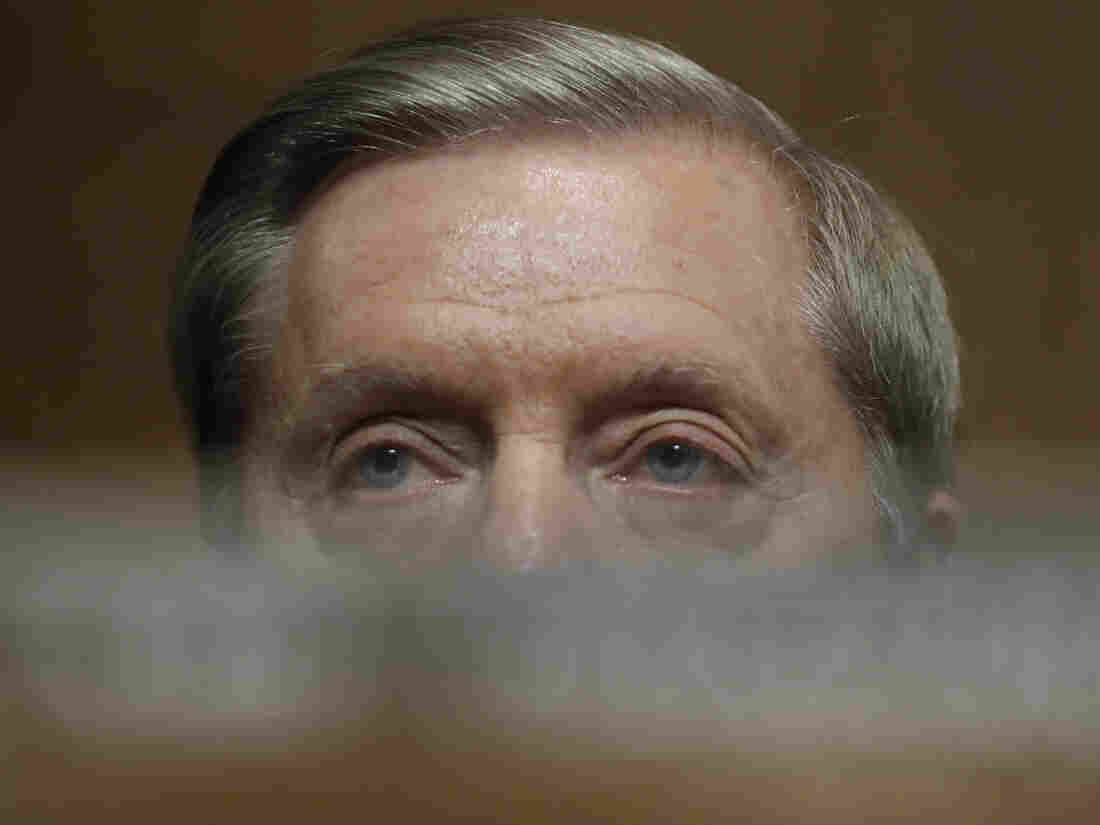 Sen. Lindsey Graham has walked back repeated statements that a Supreme Court should not be filled in a presidential election year. Jim Bourg/AP hide caption 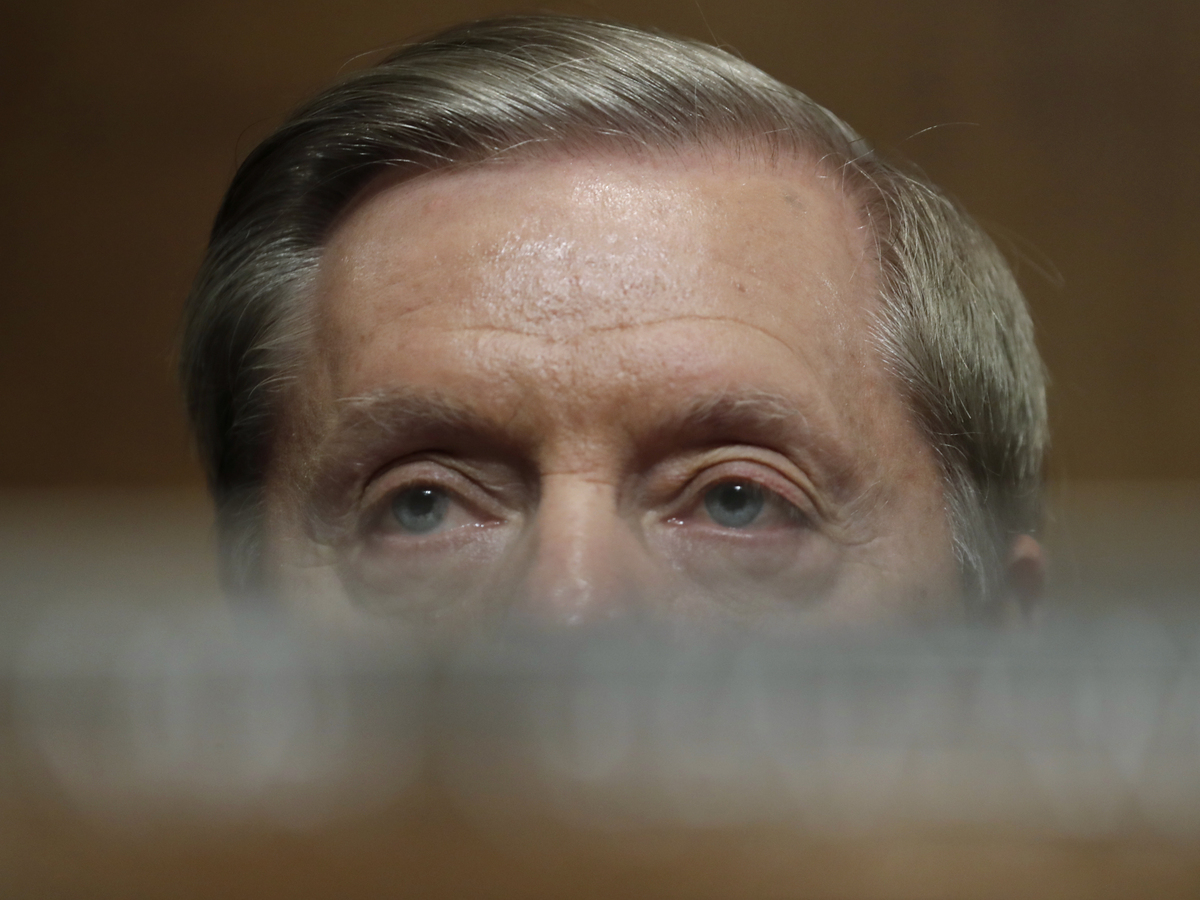 Sen. Lindsey Graham has walked back repeated statements that a Supreme Court should not be filled in a presidential election year.

Almost immediately upon learning of the death of Supreme Court Justice Ruth Bader Ginsburg, attention moved to whether Republicans would attempt to fill her seat before the election.

Many eyes turned to moderate Republican senators like Susan Collins of Maine or Lisa Murkowski of Alaska. But even more conservative Republicans have, in the past, expressed their reluctance to fill a vacancy during an election year. Chief among those is South Carolina Sen. Lindsey Graham.

Graham, who as chair of the Senate Judiciary Committee would oversee confirmation hearings, said Saturday that he would support President Trump "in any effort to move forward regarding the recent vacancy created by the passing of Justice Ginsburg."

But this is a reversal from his earlier position; Graham has said multiple times that if a vacancy opened up in the run-up to a presidential election, he would hold off on confirmation.

"I want you to use my words against me. If there's a Republican president in 2016 and a vacancy occurs in the last year of the first term, you can say Lindsey Graham said, 'Let's let the next president, whoever it might be, make that nomination,' " he said in 2016 shortly after the death of Justice Antonin Scalia. "And you could use my words against me and you'd be absolutely right."

“I want you to use my words against me. If there’s a Republican president in 2016 and a vacancy occurs in the last year of the first term, you can say Lindsey Graham said let’s let the next president, whoever it might be, make that nomination." pic.twitter.com/quD1K5j9pz

Graham repeated the sentiment in October 2018 in an interview with The Atlantic's editor-in-chief, Jeffrey Goldberg. "If an opening comes in the last year of President Trump's term, and the primary process has started, we'll wait till the next election."

"Merrick Garland was a different situation," Graham said on Full Court Press with Greta Van Susteren, as reported by The Hill. "You had the president of one party nominating, and you had the Senate in the hands of the other party. A situation where you've got them both would be different. I don't want to speculate, but I think appointing judges is a high priority for me in 2020."

Graham repeated his sentiment just last month, telling reporters that he was prepared to advance a nominee, even during this election year.

In a statement Friday evening, Graham expressed condolences over Ginsburg's passing. "Justice Ginsburg was a trailblazer who possessed tremendous passion for her causes," he said. "While I had many differences with her on legal philosophy, I appreciate her service to our nation."

On Saturday morning, Trump was resolute in his call for Ginbsurg's seat to be filled immediately. He tweeted: "We have this obligation, without delay!"

A short time later, Graham responded. "I fully understand where President @realDonaldTrump is coming from," he said, retweeting the president's comments. "As to my view of filling a Supreme Court vacancy in 2020, I'd encourage you to review these most recent statements," he added, citing his remarks to NBC News in August that "the rules have changed."

Things are different now because of two moves made by Democrats over the past decade, Graham said. The first was when then-Majority Leader Harry Reid of Nevada changed Senate rules to allow for a simple majority vote for circuit court nominees.

The second, Graham said, was when "Chuck Schumer and his friends in the liberal media conspired to destroy the life of Brett Kavanaugh and hold that Supreme Court seat open."

Graham's explanation of the changing rules leaves out some important context. While it is true that the Democrat-controlled Senate invoked the so-called "nuclear option" in 2013 to make it easier to pass lower court judges in the face of Republican opposition, it was McConnell who raised the stakes in 2017, applying the same simple-majority rule to Supreme Court confirmations.

McConnell said Friday that whomever Trump nominates will get a Senate vote. That would go against Ginsburg's final wishes. In a statement dictated to her granddaughter just days before her death, Ginsburg urged delaying a vote to fill her seat. "My most fervent wish is that I will not be replaced until a new president is installed," she said.