Accessibility links
Sources: Trump Considers Barrett, Lagoa, Rushing For Supreme Court Spot : Death Of Ruth Bader Ginsburg Judges Amy Coney Barrett is considered to be the front-runner among the trio of federal appellate court judges. She was a finalist during the president's last high court selection. 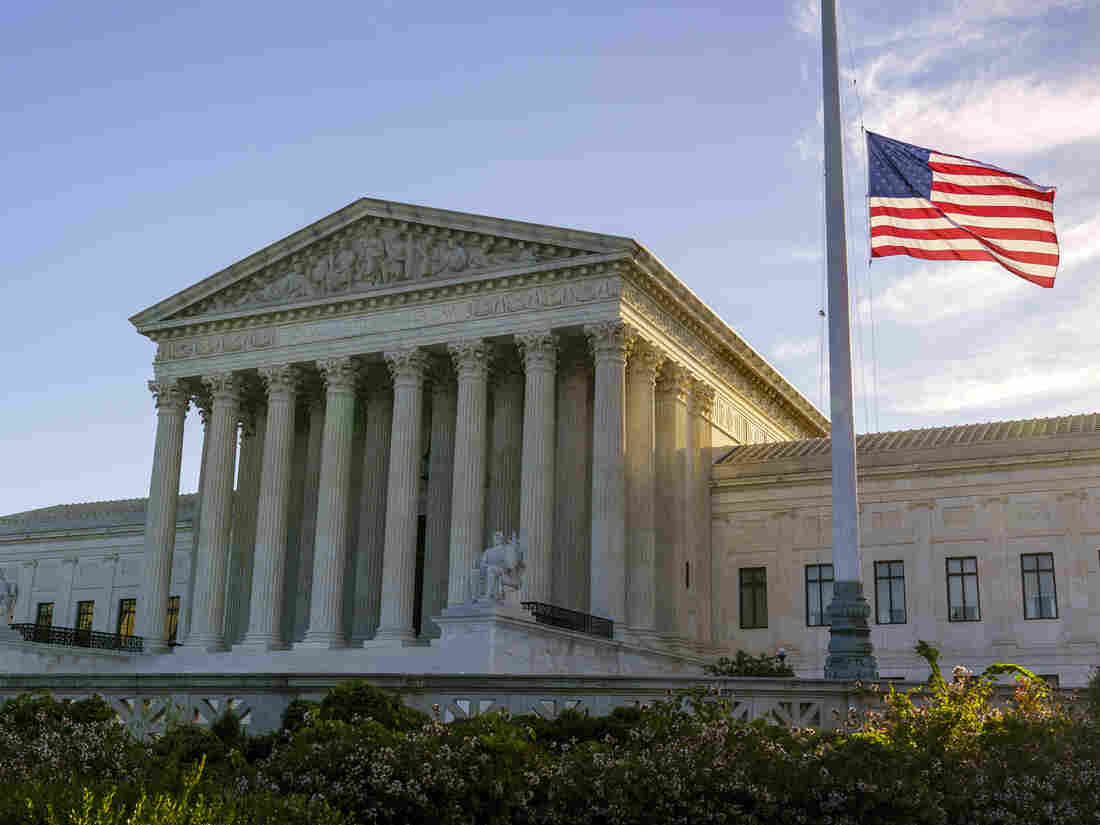 The flag flies at half-staff Saturday at the Supreme Court on the morning after the death of Justice Ruth Bader Ginsburg. J. Scott Applewhite/AP hide caption 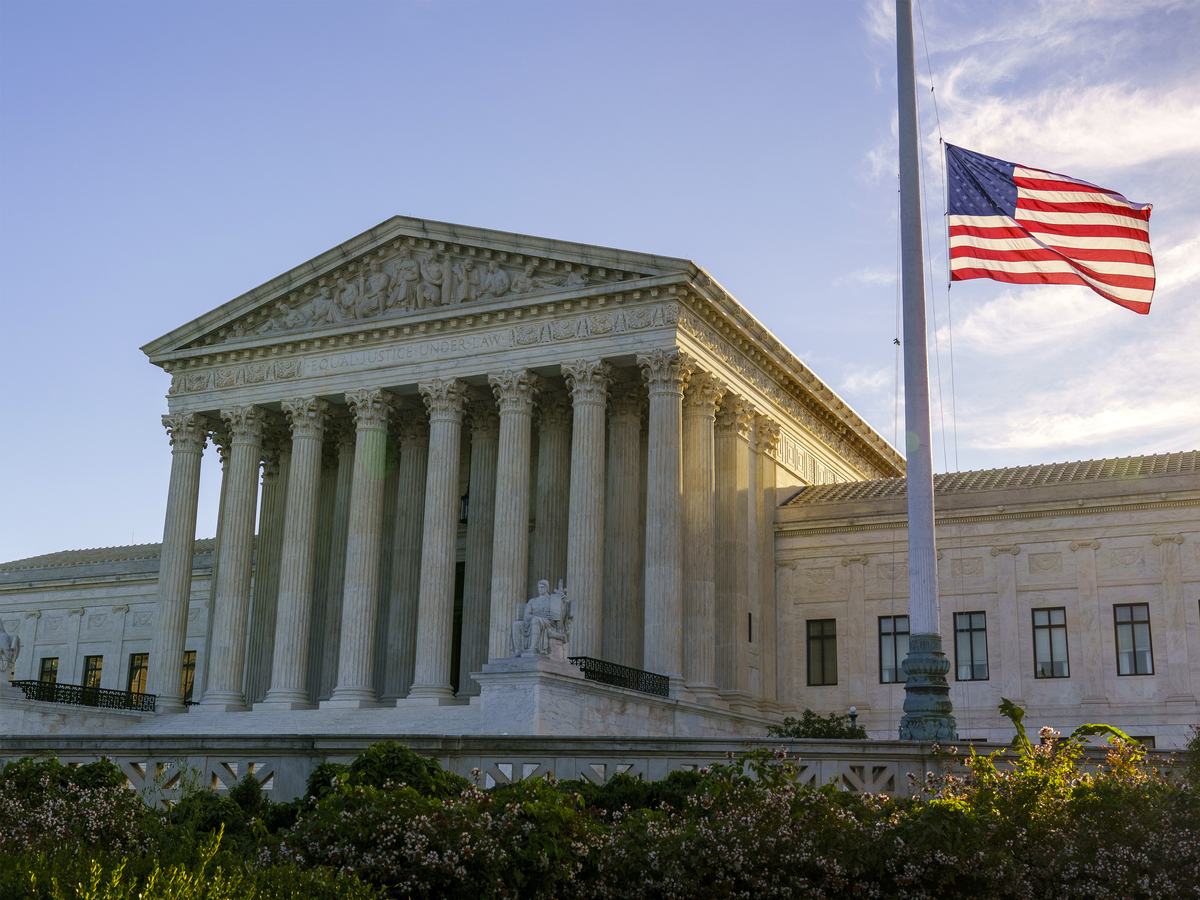 The flag flies at half-staff Saturday at the Supreme Court on the morning after the death of Justice Ruth Bader Ginsburg.

Judges Amy Coney Barrett, Barbara Lagoa and Allison Jones Rushing are emerging as serious contenders to fill the seat on the Supreme Court vacated by the death of Justice Ruth Bader Ginsburg, according to sources familiar with the process.

An announcement on the nominee could come as early as Monday or Tuesday.

Barrett is the front-runner, according to the sources. A former high-ranking White House lawyer told NPR's Tamara Keith that "Barrett remains very highly regarded. She would be a brilliant and compassionate justice. Her intellect and thought leadership are well-established. It is telling in these violent chaotic times that opposition to her is based primarily on her Catholic faith."

Barrett sits on the U.S. Court of Appeals for the 7th Circuit and was a finalist for Trump's second high court nomination, which ultimately went to Brett Kavanaugh.

The Names On Trump's List Of Potential Supreme Court Nominees

Lagoa, a Florida native, sits on the U.S. Court of Appeals for the 11th Circuit. Trump spoke highly of her Saturday evening and Republicans have hopes she could energize Latino voters. One source said D.C.'s legal establishment has questions about her reliability as a conservative voice on the bench.

Rushing sits on the U.S. Court of Appeals for the 4th Circuit. She's a favorite of evangelical groups, an important part of the Trump base. Born in 1982, she would be in position to serve for decades.

Amul Thapar of Kentucky, from the 6th Circuit, also is under consideration. He's championed by Senate Majority Leader Mitch McConnell. Sources in the executive branch told NPR's Carrie Johnson that Kate Todd, deputy assistant to the president and deputy counsel to the president, is also in the running.

A previous version of this story and a previous headline incorrectly identified Allison Jones Rushing as Alison Rushing Jones.