Accessibility links
Trump Says He Expects To Announce His Supreme Court Pick 'Next Week' : Death Of Ruth Bader Ginsburg The president says he likely will nominate a woman, noting that such a choice "would certainly be appropriate." 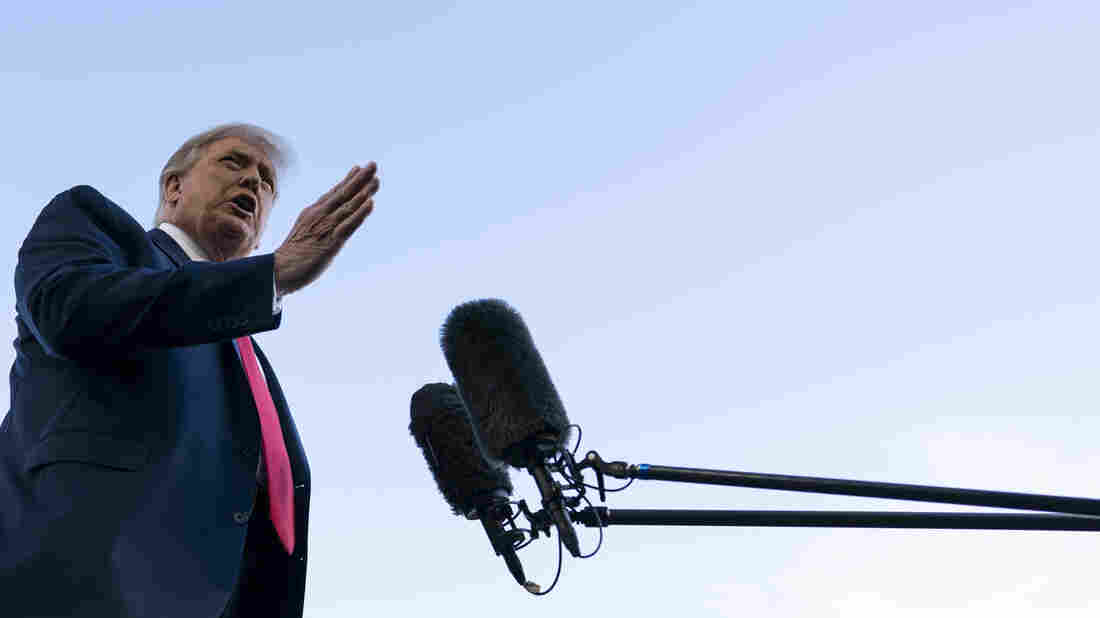 President Trump speaks with reporters on the South Lawn prior to departing the White House on Saturday. Alex Edelman/AFP via Getty Images hide caption 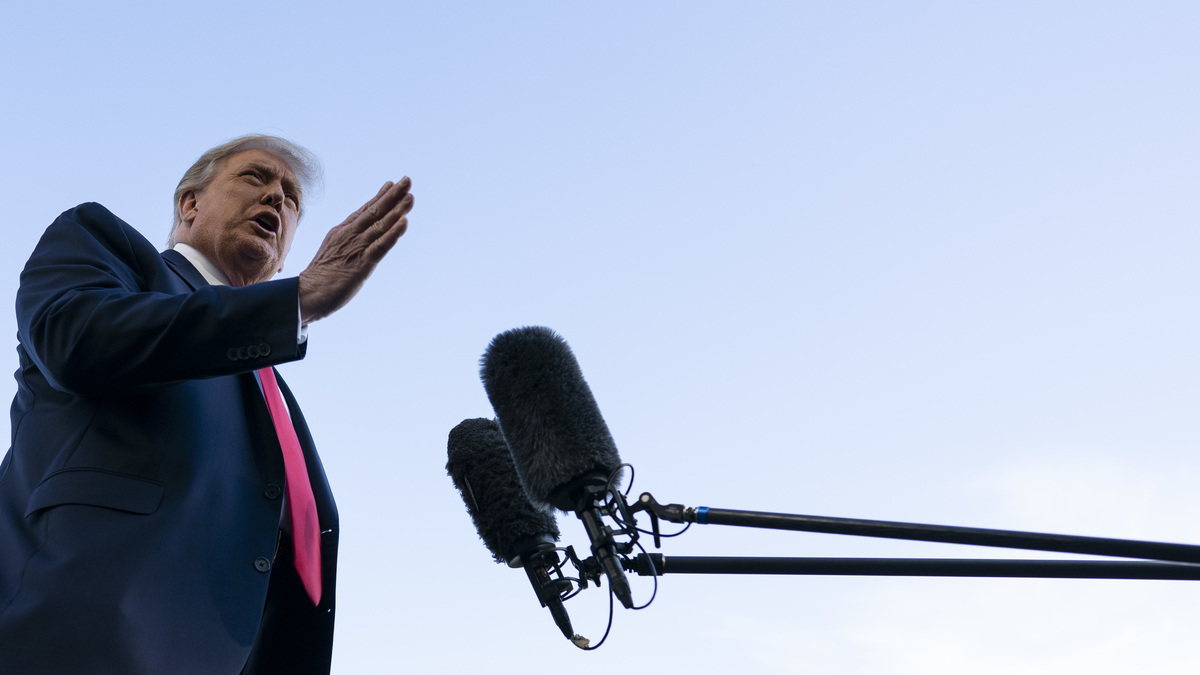 President Trump speaks with reporters on the South Lawn prior to departing the White House on Saturday.

President Trump says that he expects to announce a nominee to fill the Supreme Court vacancy left by Ruth Bader Ginsburg's death "next week" and that the pick will likely be a woman.

"A choice of a woman would certainly be appropriate," he told reporters at the White House on Saturday before leaving for a campaign rally in North Carolina.

(Later on, at that rally, Trump pledged his pick would indeed be a woman: "It will be a woman, a very talented, very brilliant woman.")

"We want to respect the process," Trump said. "I think it's going to go very quickly, actually." He had previously tweeted that Republicans should move forward with a nominee "without delay."

Shortly after the court announced Ginsburg's death on Friday night, Majority Leader Mitch McConnell, R-Ky., said he intends to bring the president's selection to a vote on the Senate floor.

Democrats have cried foul, saying there should not be a vote until after the election. They point to McConnell's decision in 2016 to stop then-President Barack Obama's nomination to fill the late Justice Antonin Scalia's seat on the court.

Now, attention is on more moderate Senate Republicans such as Susan Collins of Maine, who is in a tough reelection fight.

In a statement on Saturday, Collins said that she does not support a vote on a Supreme Court nominee before the election and that the winner of the presidential election should name the pick. She did not explicitly say she would vote to stop a pre-election nomination if it happened.

"We won [the last election] and we have an obligation as the winners to pick who we want," Trump said. He predicted the Senate would move quickly on his nominee. "I would think before [the Nov. 3 election] would be very good."

Trump was asked by reporters about Judge Amy Coney Barrett, whom he called "highly respected," but stopped short of saying she was the front-runner. Reporters also asked about another jurist being mentioned as a potential choice: Judge Barbara Lagoa. Trump said he had heard good things about her, and noted she is Hispanic and from Miami.