Accessibility links
Biden Calls On 'Handful' Of Republicans To Hold Off On Supreme Court Nominee : Death Of Ruth Bader Ginsburg The Democratic presidential nominee asks Republicans to "follow your conscience" and not consider a nominee until after the election. 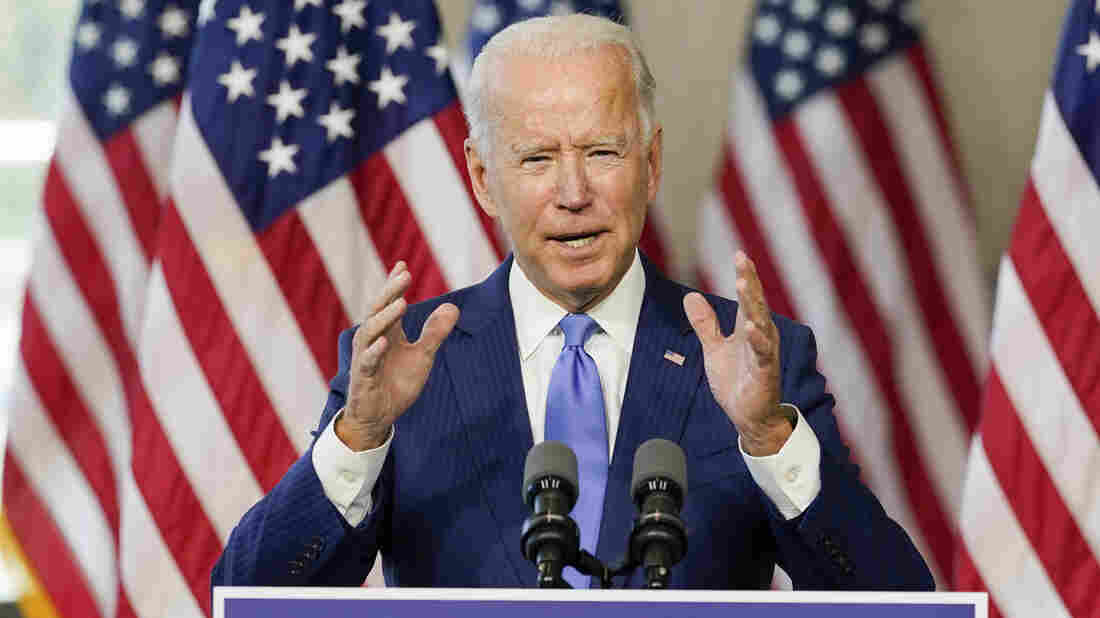 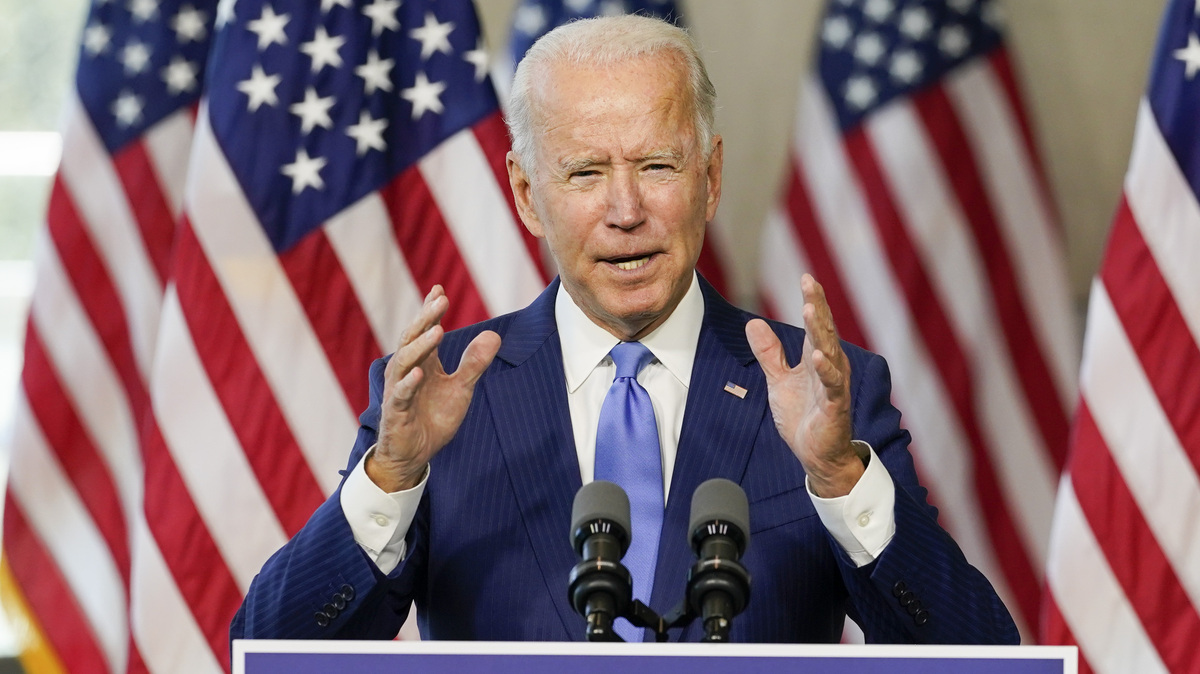 Democratic presidential nominee Joe Biden on Sunday delivered uncompromising remarks, calling for Republicans to hold off on considering a Supreme Court nominee from President Trump until after the Nov. 3 general election.

Biden urged Republican lawmakers to respect the late Justice Ruth Bader Ginsburg's dying wish that she "not be replaced until a new president is installed."

"As a nation, we should heed her final call to us," Biden said in campaign remarks in Philadelphia.

"To jam this nominee through the Senate is an exercise of raw political power," he said, asking for a "handful" of Republicans to "please follow your conscience."

Republicans have a 53-seat majority in the Senate.

"This appointment is about the future, and the people of this country are deciding their future right now," Biden said. Three times in his remarks, Biden referenced the fact that voters have already started casting their ballots in this year's general election.

Pence Aide On Ginsburg's Deathbed Wish: Nomination Date 'Does Not Lie With Her'

Ginsburg's death on Friday, just 46 days before Nov. 3, has led Republicans to scramble to justify nominating a justice to the bench during an election year, despite past opposition to doing so during Barack Obama's presidency.

Democrats, meanwhile, have called to wait until after the election. Appointees from Democratic presidents already are the minority on the nine-person court.

Trump has said his pick for a nominee could come within days, and he has pledged to select "a woman, a very talented, very brilliant woman."

Ginsburg, a liberal on the court and feminist icon, died on Friday at age 87.