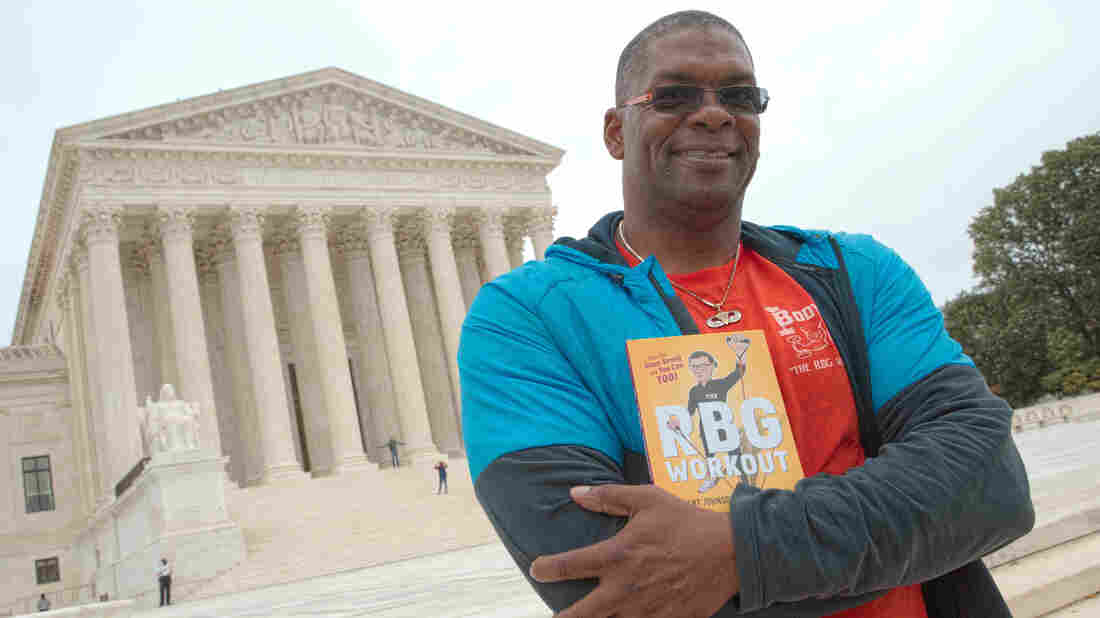 Bryant Johnson, who was Justice Ruth Bader Ginsburg's personal trainer, poses at the court in 2017 with his book, "The RBG Workout: How She Stays Strong ... and You Can Too!" J. Scott Applewhite/AP hide caption 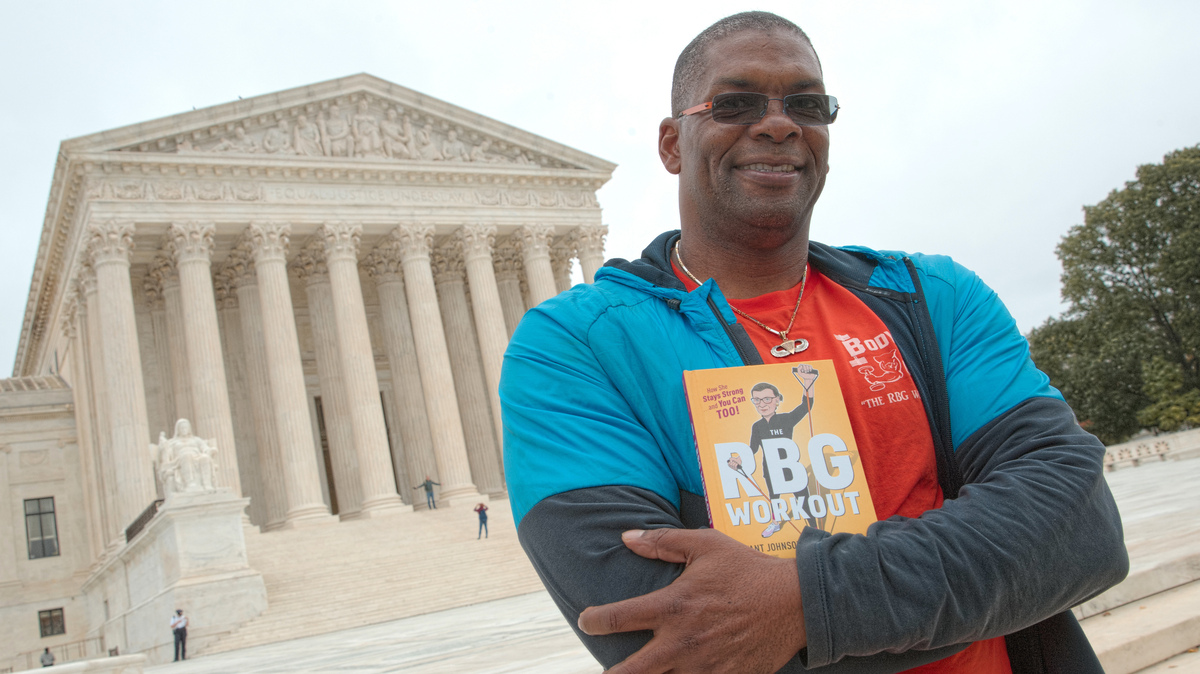 Bryant Johnson, who was Justice Ruth Bader Ginsburg's personal trainer, poses at the court in 2017 with his book, "The RBG Workout: How She Stays Strong ... and You Can Too!"

The late Justice Ruth Bader Ginsburg was honored Friday morning by her personal trainer of 21 years, Bryant Johnson, who did several pushups next to her casket at the U.S. Capitol.

Politicians and staff, including former Vice President Joe Biden, also paid tribute to Ginsburg, who made history posthumously as the first woman to lie in state at the Capitol.

Over the past few years, Ginsburg became famous for her strict workout routine with Johnson, whom she reportedly referred to as "the most important person" in her life, excluding her family, according to his website.

Despite battling multiple bouts of cancer and illnesses, Ginsburg was known to meet with Johnson for hourlong workout sessions. She first began working with him in 1999 following her first fight with cancer.

Johnson's relationship with the late justice and their workout routine was featured in the 2018 documentary RBG, which detailed the career and life of Ginsburg. In 2017, Johnson also published an exercise book titled The RBG Workout, which allowed fans to learn her routine.

"The beauty is that exercise is the equalizer," Bryant told NPR in 2017, "It doesn't matter who you are — race, religion, color, gender, national origin, sexual preference. It doesn't matter."