Camilla Camaglia /Courtesy of the artist 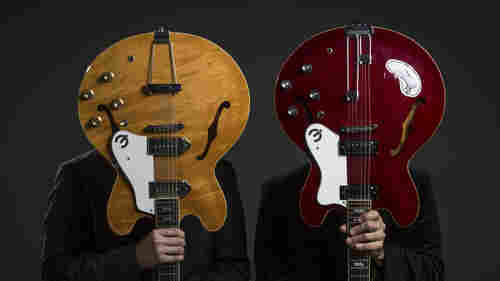 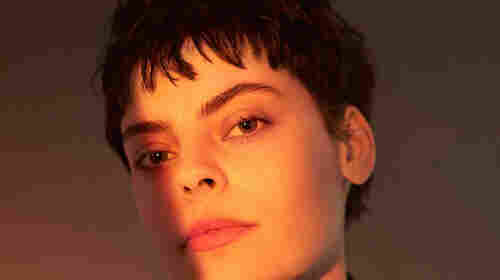 Mark Pillai/Courtesy of the artist

November 23, 2021 • Composer, conductor and MacArthur "genius" Mathew Aucoin just debuted his opera, 'Eurydice,' at the Met. The new work reinterprets an ancient, archetypal myth from the perspective of its namesake.

November 17, 2021 • Deep in the heart of Texas, the Kronos Quartet reflects on race relations and social unrest with At War with Ourselves – 400 Years of You, by composer Michael Abels and poet Nikky Finney.

October 27, 2021 • Boston-based radio producer Brian Bell remembers Bernard Haitink, and the meticulous approach to music that defined one of the finest conductors of the past half-century.

5 opera scenes to sweep you off your feet

October 25, 2021 • For World Opera Day, watch scenes that will make you fall in love with the art form — from a crazy day at Mozart's diner to a trippy trip to China with Richard Nixon.

October 22, 2021 • Chinese-American composer Huang Ruo has teamed up with the Del Sol Quartet and vocal ensemble Volti to explore the struggles of Chinese immigrants detained at Angel Island in the early 1900s.

October 22, 2021 • The Dutch conductor Bernard Haitink had a six-decade career leading major orchestras across Europe, the U.S. and the U.K. He was hailed as a musician's musician, prizing the art well above glamor.

Pianist Lara Downes re-centers the music of the Great Migration

October 20, 2021 • Pianist Lara Downes' latest mini-album traces the story of the Great Migration of Black Americans from the south in the early to mid-20th century, with music by Florence Price and Harry T. Burleigh.

Pianist Lara Downes re-centers the music of the Great Migration

October 19, 2021 • The Gramophone Classical Music Awards recognized the group known as BMOP for its extraordinary service to overlooked American composers of the 20th and 21st centuries.

October 14, 2021 • The members of Recap, four young women of color from New Jersey, have built a mission of gender equity into their striking debut album.

Simone Dinnerstein in dress rehearsal for The Eye Is the First Circle. Maria Baranova/courtesy of Peak Performances hide caption

October 10, 2021 • The eloquent pianist used a work break imposed by the pandemic to learn something new: stage directing, a skill set she put to use in creating a multimedia recital.

Carlisle Floyd, a founding father of American opera, has died at age 95

Carlisle Floyd, a founding father of American opera, has died at age 95

Colette Maze, now 107, began playing the piano at age 5 and defied the social conventions of her day to embrace it as a profession rather than as a pastime. Her son first arranged for her performances to be recorded when she was in her 90s. She has just released her sixth album. Family photo; Eleanor Beardsley/NPR hide caption

September 20, 2021 • Colette Maze, now 107, began playing the piano at age 5. She defied the social conventions of her era to embrace music as a profession rather than as a pastime. She has just released her sixth album.

Pianist Víkingur Ólafsson sets the music of Mozart amid his peers to offer a fresh take on the master composer. Ari Magg/Deutsche Grammophon hide caption

Víkingur Ólafsson Wants To Change Your Mind About Mozart

September 3, 2021 • On his new album, Mozart & Contemporaries, the deep-thinking pianist from Iceland aims to debunk the image of Amadeus as the giggling savant by contrasting his music with that of his peers.

Víkingur Ólafsson Wants To Change Your Mind About Mozart

Back Together And Blown Away: The Boston Symphony Orchestra Returns To Tanglewood

July 19, 2021 • The Boston Symphony Orchestra recently returned to its storied summer home, Tanglewood, after the pandemic canceled last season. With reopening comes normalcy, as well as an opportunity for growth.

Back Together And Blown Away: The Boston Symphony Orchestra Returns To Tanglewood

July 10, 2021 • Known for its deft handling of canonical classics and contemporary music, the Attacca Quartet breaks new ground on a major-label debut featuring music by Flying Lotus, Squarepusher and other EDM acts.

Caroline Shaw Is Not Here To Save Classical Music

July 6, 2021 • The Pulitzer-winning, Kanye-collaborating composer began her career with a creative blank check, but she's spent much of the past decade moving sideways. Her latest trick: reinventing as a songwriter.

70 New Ways To Think About 'America The Beautiful'

July 2, 2021 • Pianist Min Kwon asked 70 artists to examine and interpret the patriotic standard on solo piano. "What they have in common is what they want America to sound like," she says.

70 New Ways To Think About 'America The Beautiful'

July 1, 2021 • Known for his idiosyncratic, wide-ranging style and the radical politics of his early years, Louis Andriessen had a profound impact on modern music as an uncompromising creator and prominent teacher.

Julius Eastman, A Misunderstood Composer, Returns To The Light

June 21, 2021 • A visionary who died young and alone in 1990, Eastman is making a slow but richly deserved comeback thanks to a curious younger generation. A new interpretation of his 1974 work Femenine is out now.

Julius Eastman, A Misunderstood Composer, Returns To The Light

Tania León is a Cuban-born American composer who won the 2021 Pulitzer Prize in Music for her piece Stride. Jack Mitchell/Getty Images hide caption

June 11, 2021 • The revered Cuban composer's winning piece was inspired by the life and struggles of Susan B. Anthony and her own poor mother and grandmother in Cuba.

Man With A Mission: Miloš Seeks The Next Great Classical Guitar Showpiece

May 5, 2021 • Recovered from a career-threatening injury, Miloš Karadaglic has his sights set on two goals: finding the next great classical guitar concerto, and erasing the taboo of injuries among musicians.

Man With A Mission: Miloš Seeks The Next Great Classical Guitar Showpiece