We are continuing the theme of "First Loves." Musicians and readers have been telling stories about the very first piece of classical music they fell in love with. For violist Nicholas Cords, it was the violinist David Nadien who unlocked a whole new world of old recordings. Please tell us your story in the comments section. 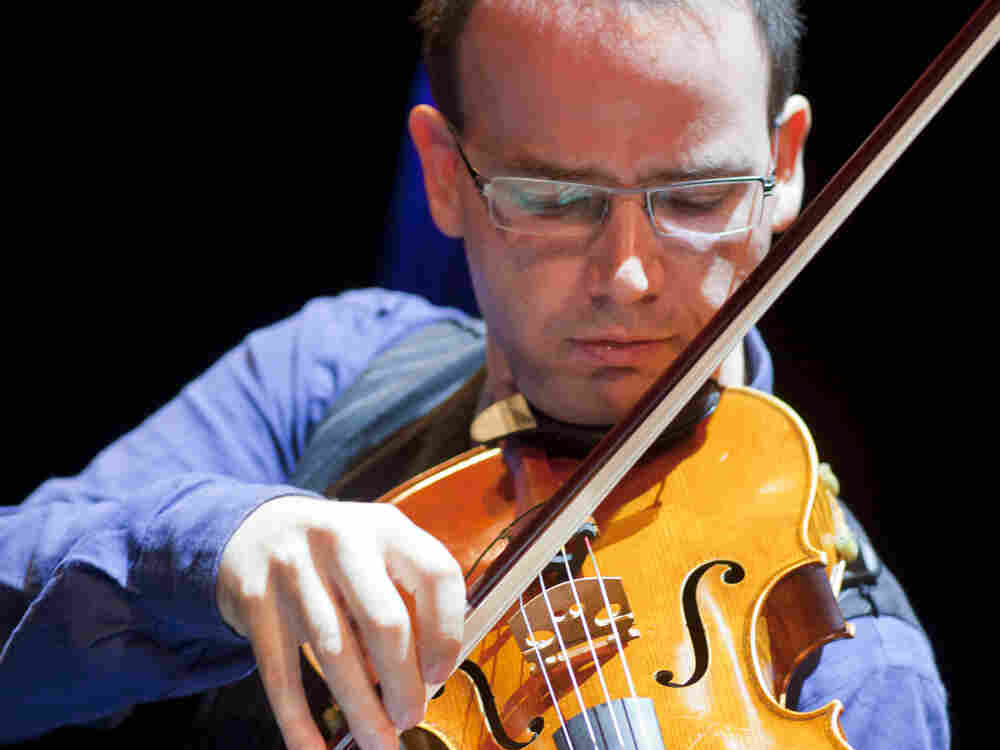 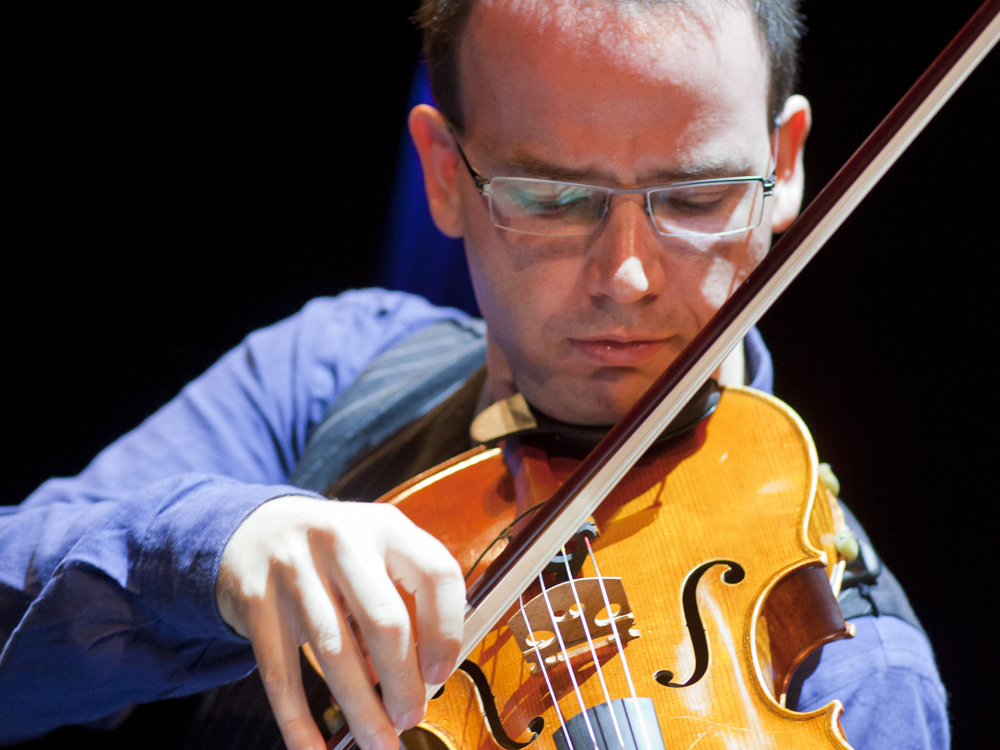 Brooklyn Rider's Nick Cords once yearned for the days of larger-than-life violin virtuosos.

I heard Scott Simon talking with a language guy on Weekend Edition Saturday about the misuse of the word 'literally.'

Turns out most people mean it in a figurative way, but I assure you that I literally wore out the grooves of a David Nadien record I found in my father's collection when I was a kid.

David Nadien was a legendary NYC violinist active from the 1940's until relatively recently. He was a soloist, took a short stint as concertmaster of the New York Phil under Bernstein, and was one of the great studio/commercial musicians of his generation. Legions of aspiring young violinists know him through his recordings of the Suzuki repertoire.

The particular record I am referring to was a recording of violin showpieces (Sarasate, Kreisler, Paganini, etc.) and it screamed "golden age" to me.

Nadien's playing was stylish, larger than life, and mind-bogglingly immaculate. It instilled in me a love of old recordings that has lasted to the present day.

Via Nadien, I discovered an even older generation of pre-war recordings from greats like Bronislaw Huberman and Fritz Kreisler on violin, pianists Vladimir De Pachmann (who talked to himself on his recordings) and Josef Hoffman, great singers like Luisa Tetrazzini and Caruso. Oh, and let’s not forget string quartets: Capet, Flonzaley, Bohemian, and the old, old Budapest quartet (before it was four Russians).

I developed an infatuation with this era, and like many infatuations, it turned into an obsession. I even formed a Scratchy Record Society while I attended the Curtis Institute of Music. That this was one of the least popular student associations in modern times had little effect on my enthusiasm. The miserable attendance logs helped to underscore a "me vs. the classical music world" mentality (though Brooklyn Rider violinist Johnny Gandelsman was a regular!).

To bring a long story to a conclusion, rather than pining away for the past, I began to realize that we actually live in an age of endless musical possibilities. I still have nothing but deep respect and admiration for performers of the past, but we now have access to so many different kinds of music and I think that is something to cherish deeply.

I look at the programs of my band, Brooklyn Rider, and compare them to the old Joachim Quartet programs and they look so different in scope. Our musical landscape has the possibility of Beethoven and Brahms, but we also have access to collaborations with Japanese shakuhachi players, Irish fiddlers, Persian kemancheh players, singer-songwriters, electro-acoustic musicians, and more.

It only makes sense, as so many musical pathways have been forged since the days of Joachim. I have now deluded myself into thinking that the present may be a mini golden era of musical pluralism. History may very well tell us differently, but it is just so exciting to take a very small role in reshaping the string quartet for the 21st century.

In any case, it is so much more satisfying to be an active musical citizen than leader of the Scratchy Record Society. Hmmm, I wonder if that David Nadien recording was ever released on CD?

Nicholas Cords is a violist and member of the string quartet Brooklyn Rider and Yo-Yo Ma's Silk Road Ensemble.