Accessibility links
Killer Concertos By Mendelssohn Clones : Deceptive Cadence Wilhelm Taubert and Jacob Rosenhain were friends with Felix Mendelssohn. And like their better known contemporary, they were excellent pianists who wrote sparkling concertos to show off their own abilities. Hear excerpts from these forgotten works. 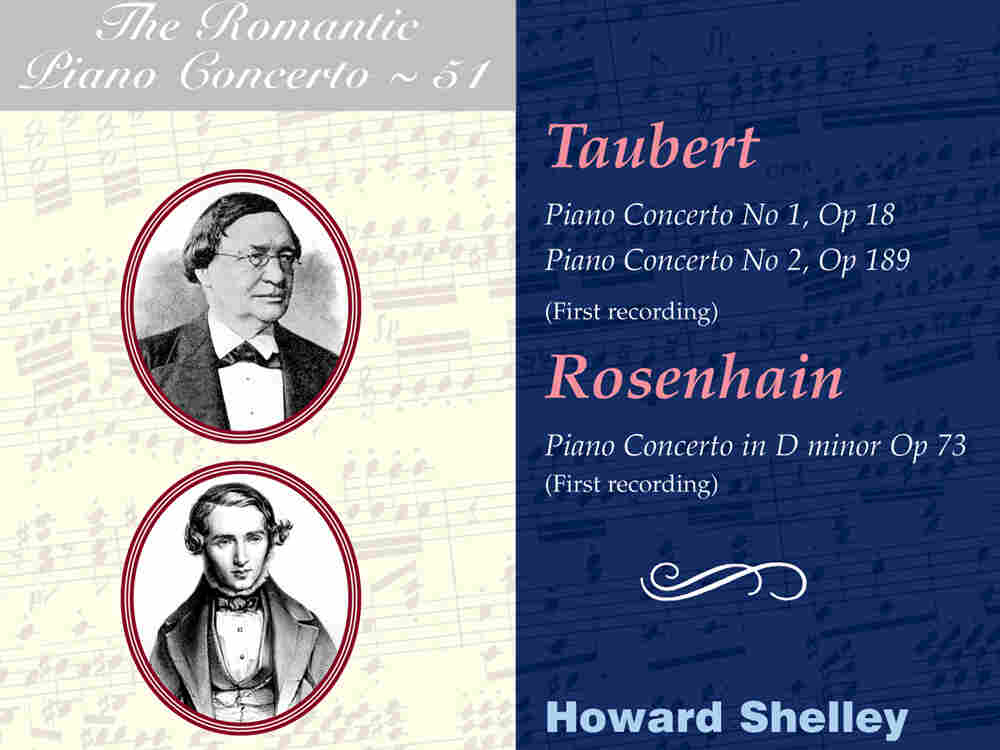 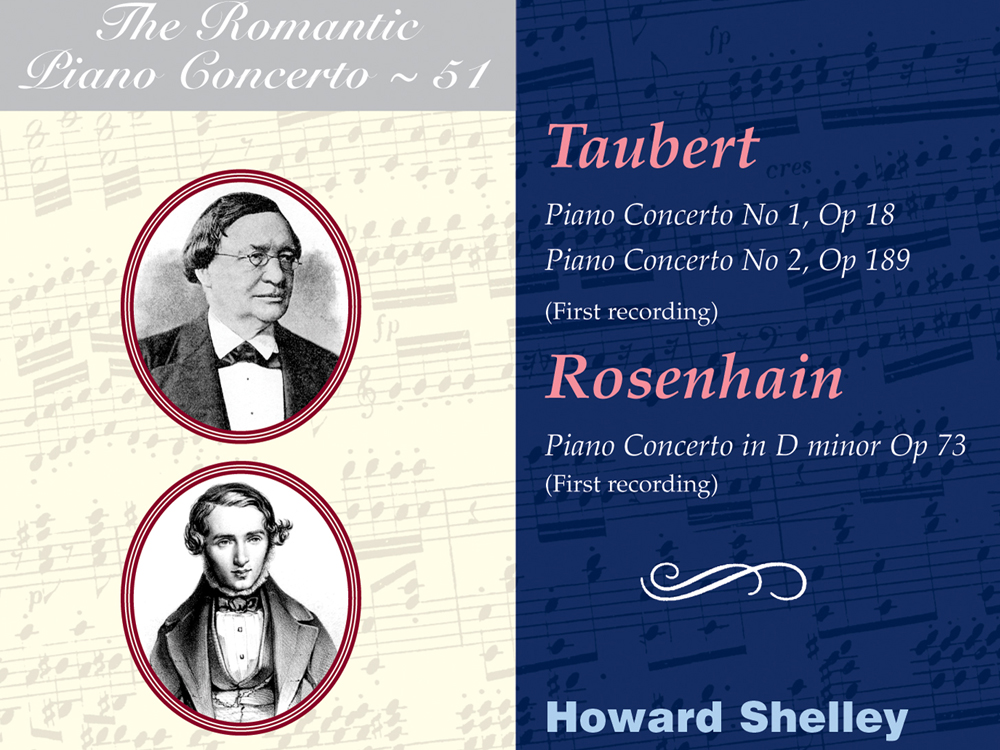 With installment 51 in their Romantic Piano Concerto series, the Hyperion label has turned over yet another damp rock, and look what's popped up! Concertos by German composers Wilhelm Taubert and Jacob Rosenhain, who were good friends of Felix Mendelssohn and outstanding concert pianists.

Both were heavily influenced by Mendelssohn to the point where critics of the day generally dismissed the three concertos on this disc as clones of his. But that was a long time ago, and modern audiences know better and will, I think, find plenty of fascinating, well-built music here.

Rosenhain wrote his Concerto in D minor in the 1840s. The two by Taubert date from 1833 (Concerto No. 1 in E major) and 1874 (Concerto No. 2 in A major). Taubert's first concerto opens with a Mendelssohnian allegro that sports several memorable melodies and some adventurous modulations.

A wistful andante follows, graced with a doleful oboe solo. The supercharged finale, with all its pyrotechnics, closely resembles Felix at his most hyperactive. But who cares. This is beautifully crafted music.

Taubert gets his second concerto off to quite a different start with an andante-allegro. The slow opening is drop-dead gorgeous, and leads right into a sprightly second section with peripatetic key changes that go far beyond the usual Mendelssohn fare. The slow movement features a lovely, lilting melody, while the bravura finale is a high-voltage rondo ending in a flurry of notes.

There's a sense of drama in Rosenhain's concerto that's reminiscent of 19th century French Grand Opera --  not surprising, since he was himself an opera composer, and wrote this concerto while living in Paris.

The opening allegro owes a debt to Schumann, while anticipating both Saint-Saëns and Rachmaninov. The slow, central movement begins with an idea which, oddly enough, presages the opening of Tchaikovsky's 1812 Overture. The finale comes closest to Mendelssohn, but ultimately moves beyond, with virtuosic displays more typical of Liszt. Despite the comparisons, the concerto has a personality all its own.