9:12
Buglers, Veterans And The Lonely Yet Comforting Sound Of Taps 9:12 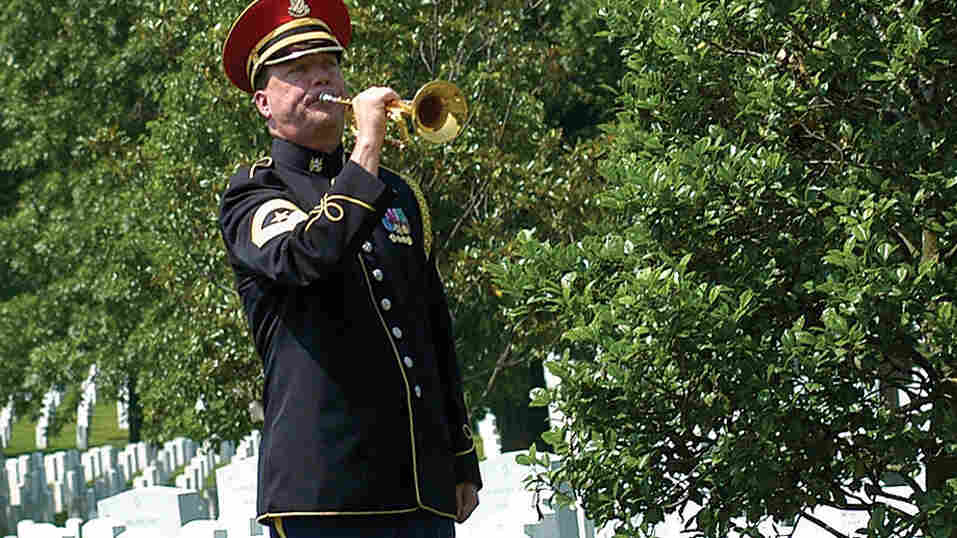 Sgt. Major Woodrow English retired earlier this year as the trumpeter and bugler for the U.S. Army Band. U. S. Army hide caption 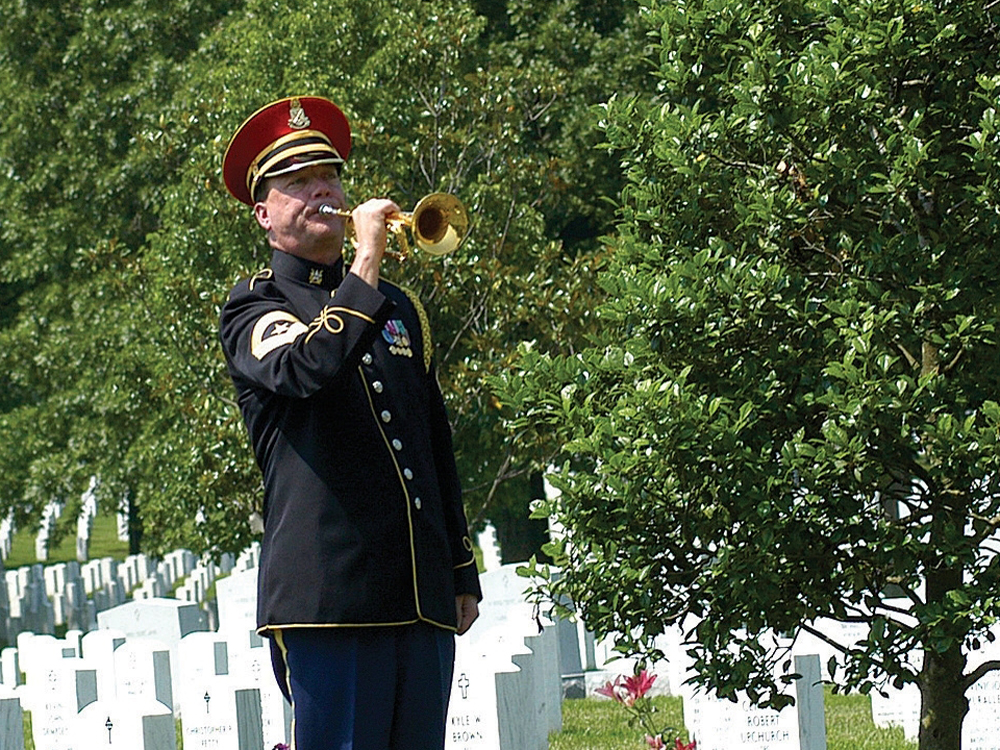 Sgt. Major Woodrow English retired earlier this year as the trumpeter and bugler for the U.S. Army Band.

Today we know taps as the solemn melody played by buglers at our military funerals. But that's not how the simple, 24-note tune got its start.

The origin of taps is a little fuzzy, but there's one version that is generally accepted as the official story. It came from a Civil War bugler who was the first person to play the go-to-sleep tune for Union troops. He wrote a letter about it, 30 years later, in 1892:

One day, soon after the Seven Days Battles on the peninsula, when the army of the Potomac was lying in camp at Harrison's landing, General Daniel Butterfield, then commanding our brigade, sent for me, and showing me some notes on a staff, written in pencil on the back of an envelope, asked me to sound them on my bugle.

I did this several times, playing the music as written. He changed it somewhat -- lengthening some notes and shortening others, but retaining the melody as he first gave it to me. After getting it to his satisfaction, he directed me to sound that call for taps thereafter, in place of the regulation call.

The music was beautiful on that still summer night. It was heard far beyond the limits of our brigade. The next day I was visited by buglers from neighboring brigades, who asked for copies of the music, which I gladly furnished. I did not presume to question General Butterfield at the time, but from the manner in which the call was given to me, I have no doubt that he composed it in his tent, at Harrison's landing.

After that summer night in 1862, taps spread through both Union and Confederate camps. Now it's how we honor all our veterans at their passing.

Sgt. Major Woodrow English retired earlier this year as the trumpeter and bugler for the U.S. Army Band. (You can hear his 2004 conversation with Performance Today's Fred Child at the top of this page.) The sergeant played taps thousands of times, but he almost gave it up for good.

"The toughest, still to this day, that I've ever had to do, was when I played for my father's funeral," English says. "At that time -- I was just in college -- I told myself that I wasn't planning on playing taps ever again, it was just too emotional."

But English went on to play taps many more times, including in May, 2004, at the funeral of Ronald Reagan.

"It was an extreme honor, obviously," English says. "Every time you play taps it's a closure for that family." And in this case it was a closure for the entire nation. But that's not what English thinks of as he's actually playing.

"As I'm doing it, I'm really trying to play the best taps I possibly can, and I'm really worried note-to-note, just trying to make each one sound."

Anyone who has served in the military has the right to have taps played at their funeral, but English says there are just not enough live buglers to go around. So English made a recording of taps. But punching a button on a boom box, he says, is far from satisfying compared to a live bugler. "It's very cold, to a lot of families," English says.

And now there's yet another substitute.

"They've come up with a bugle, and they have something that looks like a mute that goes in the bell, and it has a switch on it. The soldier will stand there and pretend as if he's playing it, and push the button that says 'play.' It has an amazing volume outdoors, and it'll sound as if there is a bugle playing taps. It's not the perfect way, but it's one way," English says.

The chip in that faux bugle was also recorded by English, which means that all across the country, he's playing taps at hundreds of funerals. It also means that he could do something that no bugler has ever done -- play taps at his own funeral.

"I don't want to think about that," English chuckles. "Whenever that happens, whatever my wife wants she can have."