Accessibility links
Composers In The Kitchen: Arnold Schoenberg's Birthday Smorgasbord : Deceptive Cadence Fleeing the Nazi threat, the infamous father of 12-tone music finds himself with a birthday feast, a few new friends and some fresh worries in Los Angeles. Try a recipe for chocolate raisin cake, one of the many desserts at Schoenberg's party. 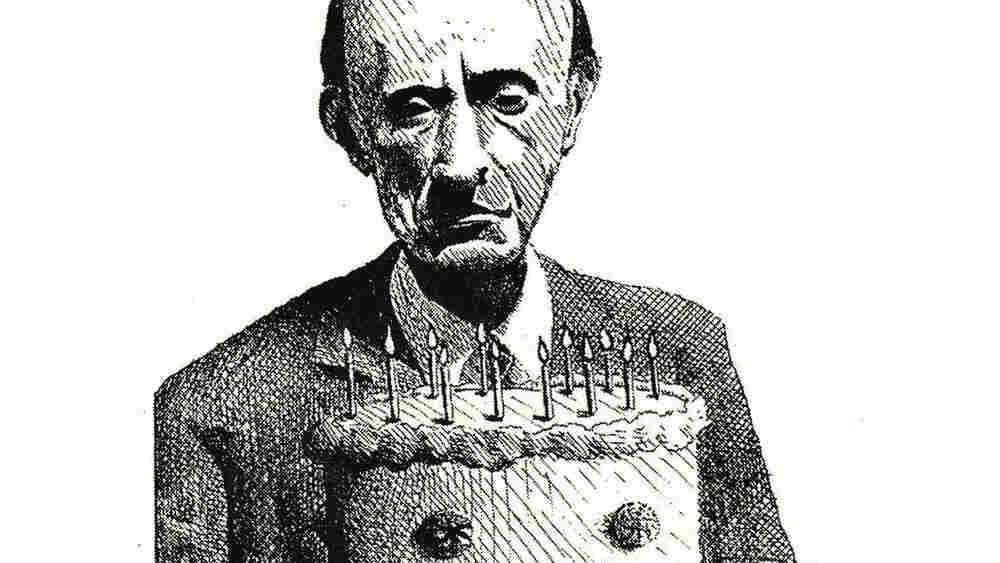 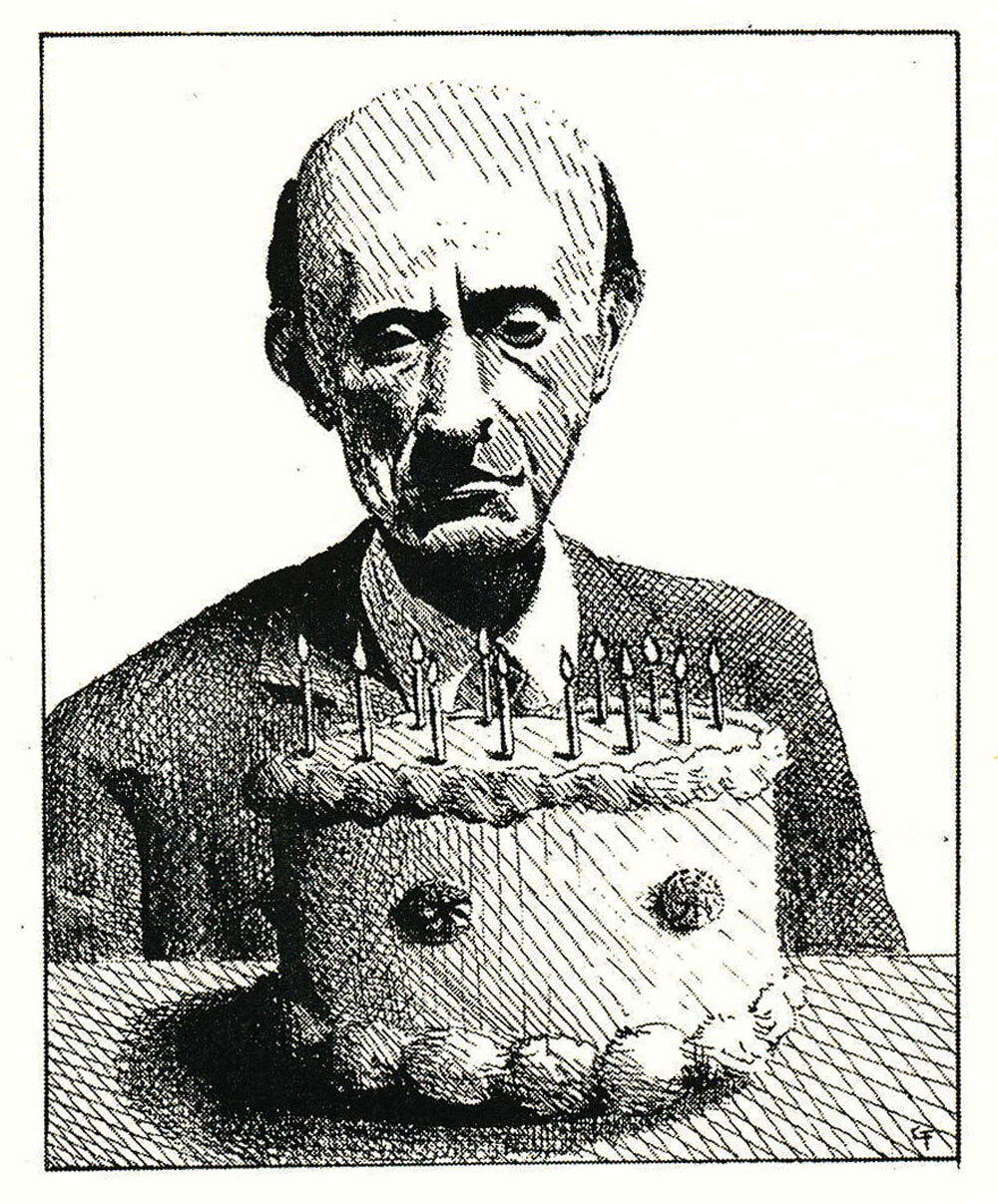 Arnold Schoenberg enjoyed a multitude of cakes on his 60th birthday.

In the drawing above, Arnold Schoenberg doesn't look too happy, even though he's staring at his birthday cake.

The year was 1934, the composer had just moved to Los Angeles, and you could argue he didn't have much to be happy about. The year before, he was forced to leave his position at the Prussian Academy of Arts in Berlin. He had foreseen what was coming when German officials began weeding out Jews from the school.

Then there was his health. When Schoenberg and his family first arrived in the U.S. they landed in Boston, where the harsh winter aggravated his asthma.

So here he is, turning 60 in L.A. with a few friends and family, worried about the deteriorating situation back home under Nazi rule.

In spite of it all, quite a variety of delicious food and drink made its way to Schoenberg's table. Below, Dika Newlin, one of the composer's students, recalls the events of that afternoon, Sept. 13, 1934:

In about an hour after we arrived, the eating and drinking began. There was coffee with whipped cream (lots), six or seven kinds of sandwiches made with cheese, liverwurst and such good things: whole platefuls of rich little pastries, coffee cake, chocolate raisin cake, peach cake and orange cake.

This, keep in mind, was just a little light afternoon tea. The real feast of the day, the birthday dinner, hadn’t arrived yet, nor had the birthday drinks, of which more anon. After eating all these good things, we drifted back into the yard.

At this point, the strictly musical portion of the evening was interrupted by the advent of some more pastries, a bottle of Black and White whiskey (one of several bottles which had been most appropriately brought to the old man in honor of the great day) and some glasses. I tried a little -- a very little -- of the whiskey, in spite of Uncle Arnold’s merciless twitting. Then…. supper was called!

I waded through a platter of sweetened sauerkraut, frankfurters, baked potatoes, salami, shrimp salad, rye bread, anchovies, all washed down with plenty of red wine. Then the circlet of birthday candles was brought in and the old man miraculously blew them all out with a single puff. After Nuria had played "Happy Birthday" on her violin, and Ronnie had sung slightly off key, one more round of wine was served… and a large Apfelstrudel made its triumphant appearance.

Now, among all the treats listed above, that chocolate raisin cake sounds pretty tempting. Who knows how yummy Schoenberg's dessert really tasted, but here's a contemporary recipe (from Cooks.com), so you can make one for yourself.

Cook until thick. Put raisin filling between layers. Use frosting of your choice -- caramel is a good fit.

And now, one final ingredient: music. Which piece by Schoenberg might have complimented the wide variety of food and drink at Uncle Arnold's birthday bash? I'm thinking they all could have gathered around to sing "Friede auf Erde." What about you? Please leave your ideas and picks in the comments section.

(We're grateful to author Ira Braus and his book Classical Cooks. Braus is associate professor of music history at the University of Hartford.)