Accessibility links
When The Runway Meets The Concert Hall : Deceptive Cadence A musician-led initiative in New York merges classical music with fashion. For each concert, designers and stylists create performance attire that matches the music.

When The Runway Meets The Concert Hall

When The Runway Meets The Concert Hall 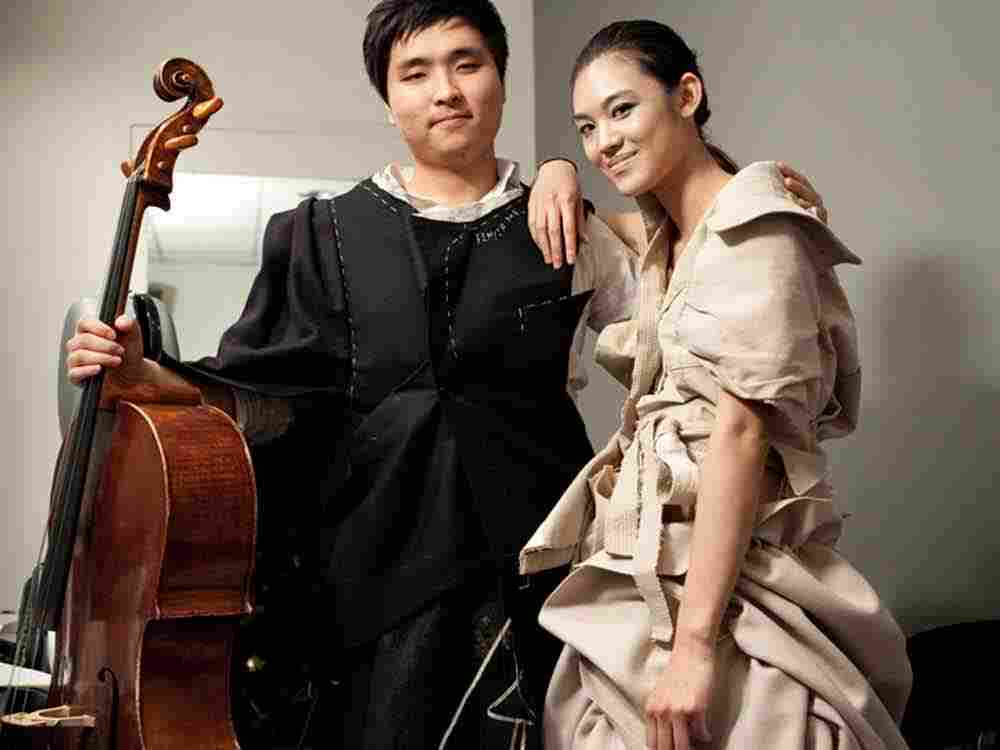 Sugar Vendil (right), founder and artistic director of the Nouveau Classical Project, at a concert with cellist JY Lee. Their clothing was designed by students at Parsons The New School For Design. courtesy of the artist hide caption 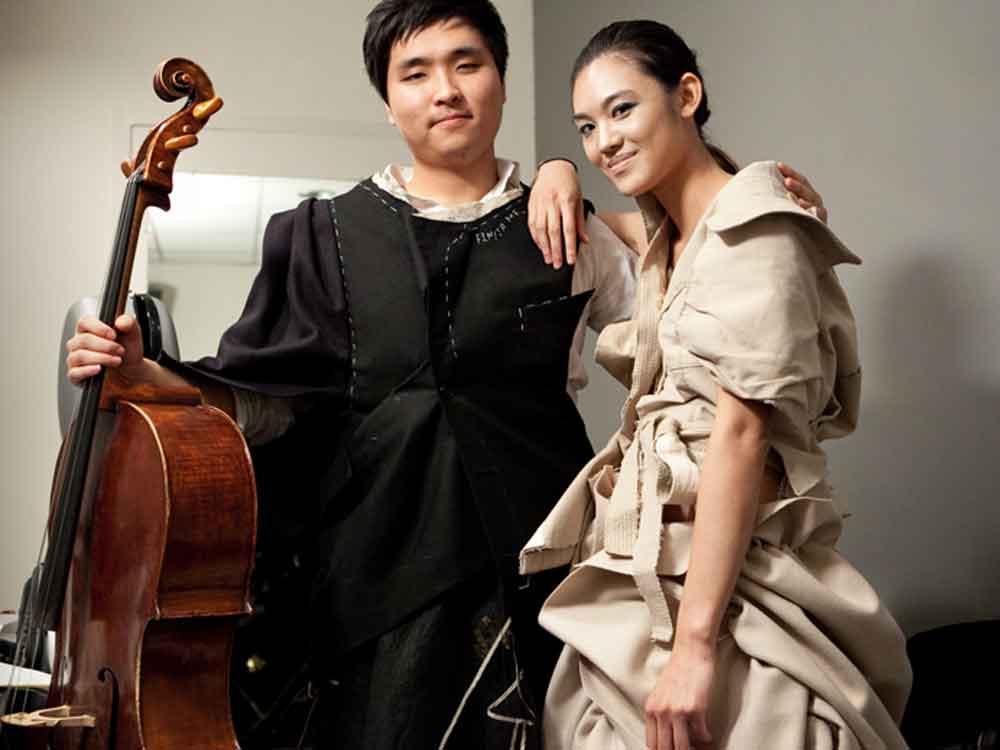 Sugar Vendil (right), founder and artistic director of the Nouveau Classical Project, at a concert with cellist JY Lee. Their clothing was designed by students at Parsons The New School For Design.

When a classical musician is asked to show up in concert attire, that almost always means black and plain. No gaudy jewelry, no excessive ruffles and no bright colors. The basic uniform for musicians (female singers excepted) is meant to remove the focus from the performers and put it solely onto the music.

Pianist Sugar Vendil is turning this convention on its head. In 2007, she founded the Nouveau Classical Project (NCP), a New York-based initiative that fuses music with fashion. The organization works with stylists and designers to bring fashion to the forefront with garments that match the music.

"I've always come up with really weird ways of combining fashion and music," Vendil says. She's loved fashion since childhood. "To me, fashion is a way to express myself. It's the one thing we have to do every day. We have to get dressed. I don't think of fashion as something superficial. It's another form of expression."

Designer Jonathan Cohen, who is creating the costumes for the NCP's upcoming performance at the MATA Interval Concert Series (which spotlights young composers), says music has always influenced his design choices.

"I play with deconstruction a lot," Cohen says. "For example, in some pieces I will leave an unfinished hem, while the inside has couture-like finishing details. It's a classical element with a rock edge to it."

The musicians of the NCP have worked in everything from feathers and masks to hooded capes. For them, the addition of fashion enhances the performance experience.

"Any sort of costume or style can bring a performer deeper into character," says soprano Amanda Hicks, who has been involved with the NCP since its inception.  "Each piece creates a slight change in demeanor and atmosphere for the audience. The clothes, jewelry and headpieces definitely add to the depth and level of the performance."

Their audiences approve. NCP concerts are largely attended by a younger crowd -- many of whom have more of a background in fashion than in classical music. But Vendil says that after the concerts, people talk more about the music than the apparel. Much of the repertoire is from the 20th century, but works by new composers are also featured.

The Nouveau Classical Project is just one of many recent initiatives in New York that are putting a new face on classical music. Musicians, composers and ensembles all over the city are ignoring convention and doing what feels good to them.

"I've been here since 2001," Vendil explains. "Back then, people didn't do this. Now, young people are all starting to do their own thing." 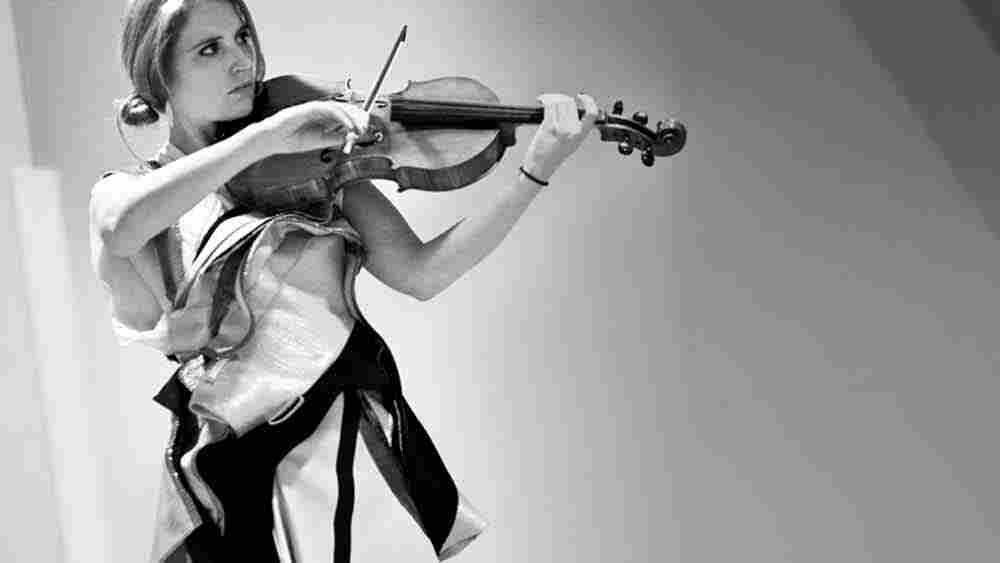 Angela Pickett (viola), of the ensemble Sybarite 5, at the "Reconstruction" concert. courtesy of the artist hide caption 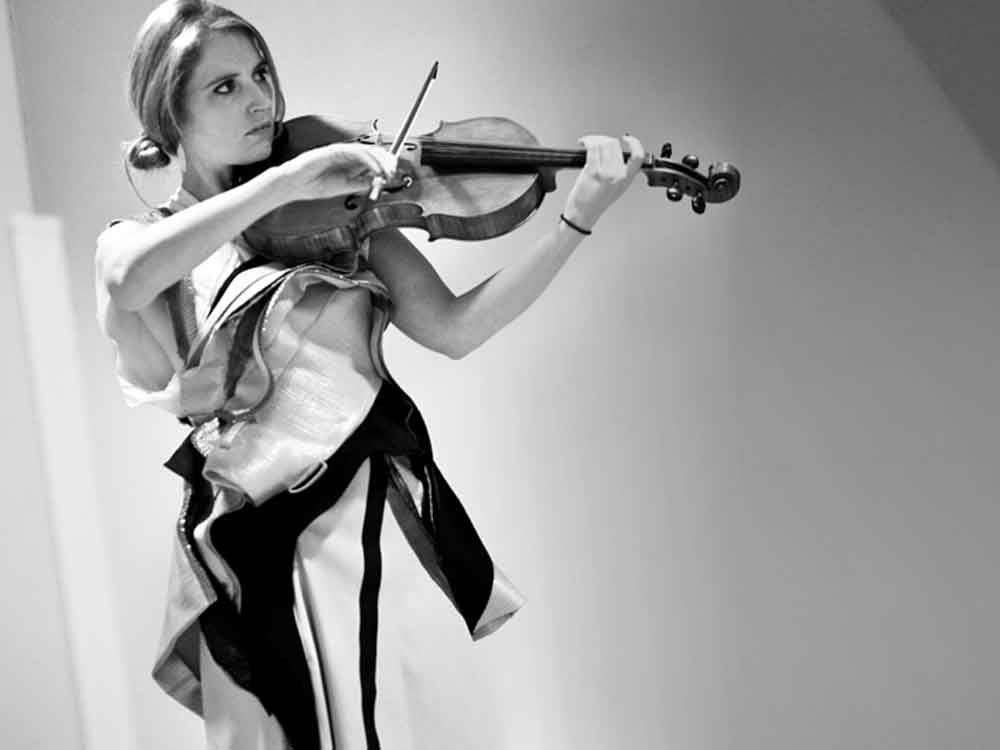 Angela Pickett (viola), of the ensemble Sybarite 5, at the "Reconstruction" concert.

"Everyone's trying to save this art form like it's the whales or hungry children," says Vendil. She thinks classical music culture needs to open itself up to the rest of the world, not the other way around. "Classical musicians hide behind the screen of trying to save the current art form. But a lot of things have changed."

The NCP's next show is on Valentine's Day, and the theme is black.

"It's kind of an anti-Valentine's Day thing," Vendil says. "Black is typically used to hide the musician in classical music, but in the fashion world it's a staple. We're taking black back in this concert."

Have you been to an event where classical music and fashion collided? Do you have an idea about what musicians should be wearing? Tell us about it in the comments section.