Accessibility links
Sing Out Mr. President: Honest Abe, Bullets And Voting Booths : Deceptive Cadence Hear Broadway composer Jason Robert Brown's dramatic song based on a portentous Lincoln phrase. He calls it a snapshot of America that illustrates the power of the voting over shooting.

'The Ballot Is Stronger Than The Bullet' by Jason Robert Brown

'The Ballot Is Stronger Than The Bullet' by Jason Robert Brown

"The ballot is stronger than the bullet." —Abraham Lincoln 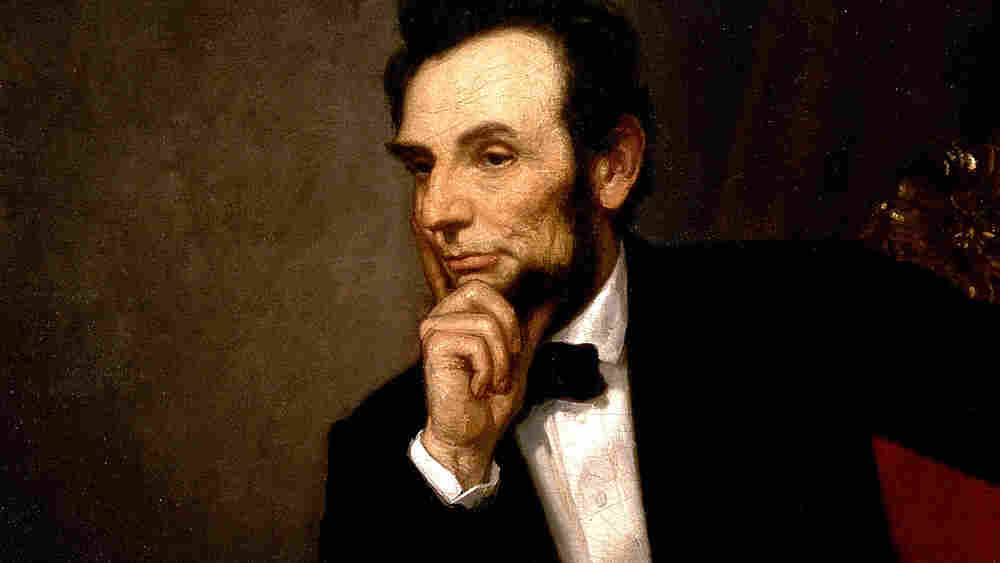 Abraham Lincoln led the country through its most violent internal struggle — and left behind some famous words. Wikimedia Commons hide caption 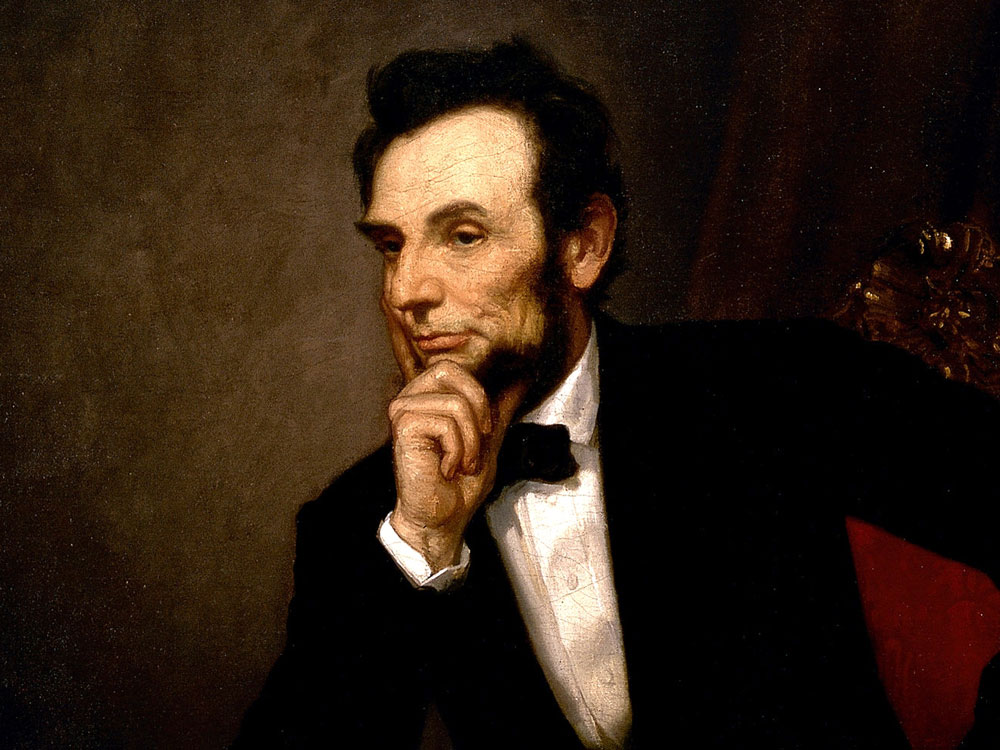 Abraham Lincoln led the country through its most violent internal struggle — and left behind some famous words.

There are few Americans more iconic than Abraham Lincoln, our 16th president. Mention his name and at least two thoughts come to mind immediately: the Emancipation Proclamation and his assassination.

In 1856, four years before he was elected president, Lincoln addressed the Republican State Convention of Illinois. In the speech, he reportedly said, "The ballot is stronger than the bullet." It's at once a strong image and eerily prophetic. It was indeed a bullet that killed Lincoln April 14th, 1865, five months after being elected to a second term.

The Lincoln quote was handed to Broadway composer Jason Robert Brown by Judith Clurman, the choral conductor who created the Mr. President project.

"I felt like given my status as a theater composer," Brown says, "it was a very theatrical choice to give me Lincoln, and specifically to give me such a resonant text in light of the history: 'The Ballot is stronger than the bullet.' I felt like I knew what to do with it, and it felt very powerful."

What Brown did with it was dramatic. He crafted the song as a canon, or round, since that was part of the assignment. But he also took advantage of the quote's imagery.

"I knew Jason would write something very different, and indeed he did," Clurman says. "It's a piece in three parts, but it's a canon, so you can keep adding parts if you wish. We chose a trio for women, but two on a part. At the end of it, you actually hear the sound of the bullet. They come together and they keep singing, 'bullet, bullet, bullet,' and it's really effective."

Conductor Judith Clurman: 'The sound of the bullet'

Brown says he strategized on how to structure the piece as a round, and at the same time include some vivid word painting at the end.

"Rather than have the round keep going, I wanted 'bullet' to be the stopping point," says Brown. "I thought that the way that this game could play is that you get up to 'bullet' and you just have to keep repeating 'bullet, bullet bullet' until everybody's doing it. I thought that it would speak very well to the end of the piece. It would give it a bullet-like character, if you will."

Some composers in this Mr. President series see their pieces as mini-portraits of presidents, but not Brown. He says he didn't want to compete with Aaron Copland's wonderful Lincoln Portrait. Even though his piece is only one minute long, Brown sees it in a larger context.

"I think that my piece is a snapshot of America," Brown says. "That's what I thought the assignment was and that's what I was enthusiastic about. This little phrase of Lincoln's, which has carried through and is still part of the discourse today — I feel that speaks to what America is all about. That our ability to go to the ballot box, to vote, is stronger than just putting a bullet in somebody's head. That rhetoric, which is strong and just a beautiful thought, is part of what this country's made up of."

Jason Robert Brown has written three musicals for the New York stage: Songs for a New World (1995), which has since been produced more than 200 times around the world; Parade (1998), in collaboration with Alfred Uhry and Harold Prince, for which Mr. Brown received the Tony Award for Best Score; and The Last Five Years (2002), winner of Drama Desk Awards for Best Music and Best Lyrics. He has also received the Kleban Award and the Gilman & Gonzalez-Falla Award. As a conductor and arranger, Jason's credits include Dinah Was, A New Brain, john and jen and Yoko Ono's New York Rock. His songs, including the cabaret standard "Stars and the Moon," have been performed and recorded by Audra McDonald, Betty Buckley, Karen Akers, Renee Fleming, Jon Hendricks and many others. Lauren Kennedy's album Songs of Jason Robert Brown is available on PS Classics. He is a member of the Dramatists Guild.