Accessibility links
Sing Out Mr. President: Bill Clinton's Proverb Of Wrong And Right : Deceptive Cadence William Jefferson Clinton felt that right and wrong in America could eventually balance out. His words on the subject sounded like a proverb to composer Zachary Wadsworth, who set them to music.

'An Ode', by Zachary Wadsworth

'An Ode', by Zachary Wadsworth

"There is nothing wrong with America that cannot be cured by what is right with America." —William Jefferson Clinton 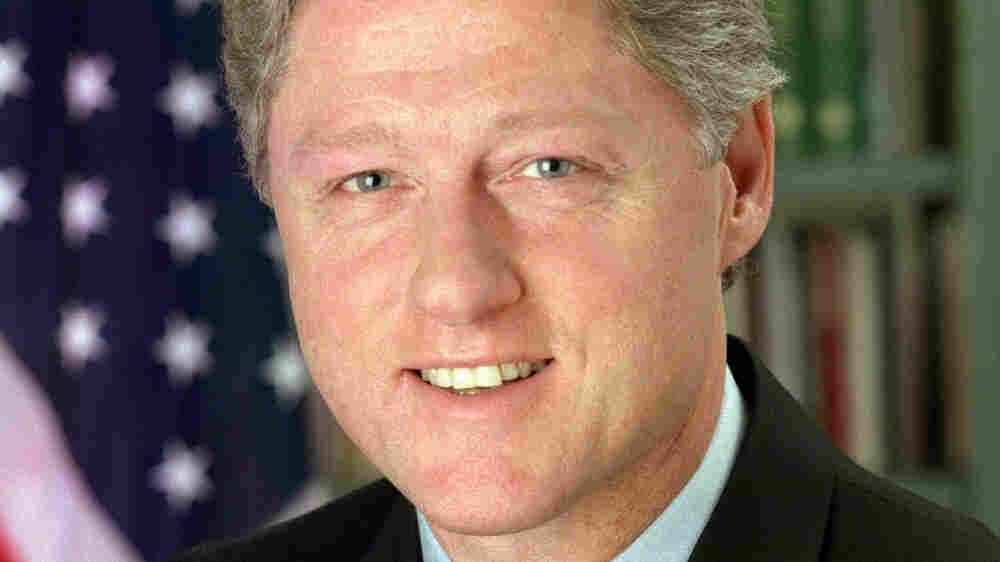 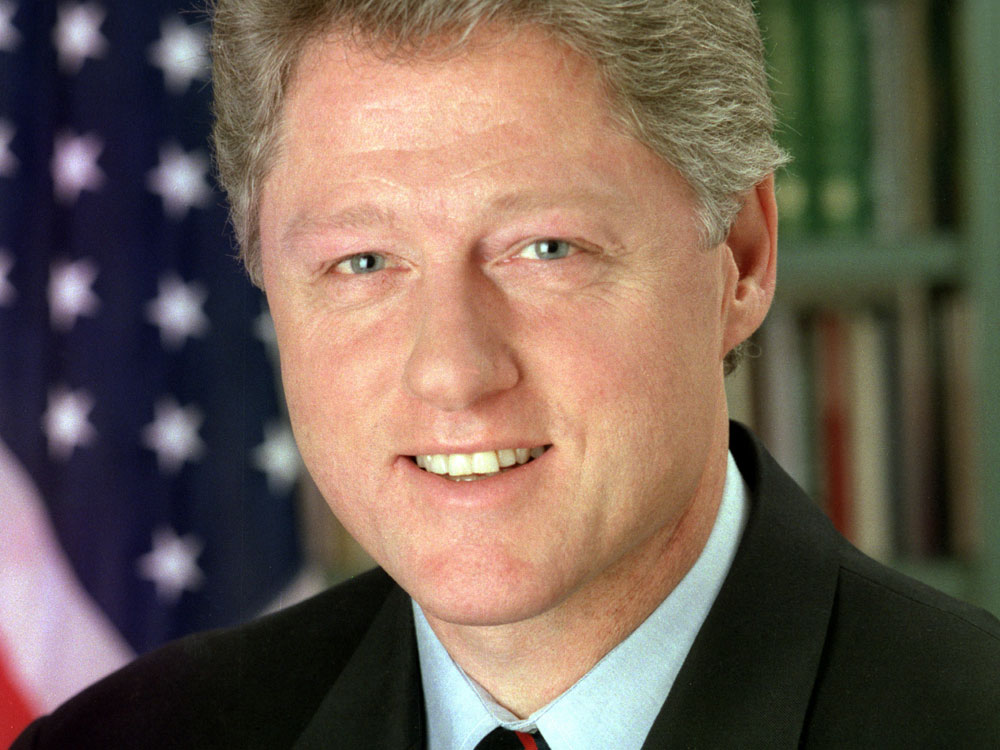 President Clinton presided over prosperity during his administration.

Throughout February, hear new works by contemporary composers based on words of 16 American presidents, in recordings by conductor Judith Clurman and Essential Voices USA. Today, words from Bill Clinton come alive in music by Zachary Wadsworth.

In his inaugural address Jan. 20, 1993, William Jefferson Clinton declared, "There is nothing wrong with America that cannot be cured by what is right with America."

Perhaps that line was something of a prophecy, as quite a few things turned right with America during Clinton's two-term presidency. The White House's own Web site reports that the U.S. experienced the longest stretch of peacetime economic expansion in its history during the Clinton years. Low unemployment, minimal inflation, dropping crime rates, a balanced budget and even a budget surplus were a few of the administration's success stories.

But not everything was rosy in the president's eyes; he knew there was still plenty to fix in America. Clinton tried hard, but failed, to revamp healthcare. His attempt to allow openly gay people to serve in the military failed. Later he focused on ending racial discrimination.

"He's really the first president that I remember thinking of as my president," Wadsworth recalls. "The nature of this text is very much like a proverb. It sounds like something that anyone really could have said, and that most of us, I think, believe in."

Wadsworth thinks it's not a quote that holds a lot of Clinton's personality. It's the very broadness of the quote that attracts him, the openness about the fact that not everything is perfect with America. But the beauty is that the country has the ability to fix its problems and work toward bettering itself.

"Zachary wrote a very simple work," Clurman says. "But sometimes performing simple music is the hardest task for musicians. This is the right sound for these words. And I love these words. They are probably my favorite words in the entire cycle."

Clurman's challenge to all the composers in this series was to take the presidents' words and compose a choral canon, or round, out of them. But Wadsworth didn't exactly follow her instructions.

"I didn't really want to use the traditional canon in which lines overlap and text overlaps with itself," Wadsworth says, "mostly because I thought of this piece as such a proverb." The composer's aim was to communicate the text directly, without any blurring of the words.

"So, what I did was apply a very sort of strict compositional process to the selection of pitches and rhythms, much like that of a canon," he explains. "Throughout the piece, the sopranos only sing two different pitches, A and C, and they alternate back and forth between those pitches. And the rest of the choir simply descends in simple triads that are occasionally concordant with but also occasionally dissonant with the soprano line above."

The chorus keeps descending, Wadsworth says, "until the very end, where they reach a cadence and come to a sort of place of rest."

Zachary Wadsworth has received several awards, including a Charles Ives Scholarship from the American Academy of Arts and Letters, three ASCAP Morton Gould Young Composers Awards and first prizes in the ASCAP/Lotte Lehmann Foundation Art Song Competition, the first Long Leaf Opera One Act Opera Competition, the Chamber Music Rochester Young Composer Competition, the Boston Choral Ensemble Commission Competition and the Pacific Chorale Young Composer Competition. Recordings of his choral works O Saving Victim and Beati Quorum Remissae are available on the Gothic record label, and the latter has been published by Alliance Music Publications. His song cycle Pictures of the Floating World was premiered at Lincoln Center and has recently been published by E.C. Schirmer.