Accessibility links
Sing Out Mr. President: George W. Bush's Populist Simplicity : Deceptive Cadence Bush's presidency was defined by 9/11, but the man himself was known more for his image as a plain-spoken Southerner, which comes through in music by Nora Kroll-Rosenbaum.

'A Simple Oath' by Nora Kroll-Rosenbaum

'A Simple Oath' by Nora Kroll-Rosenbaum 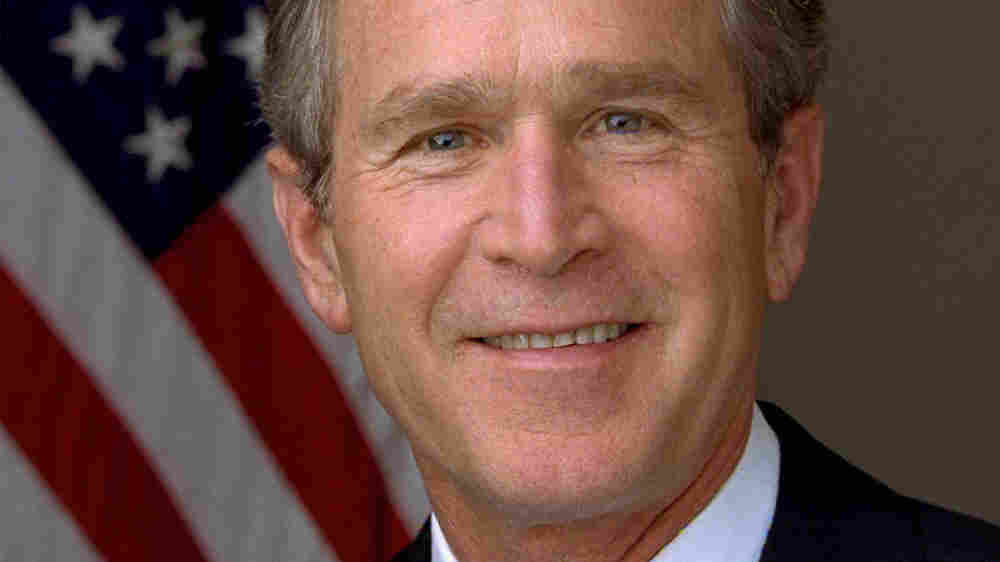 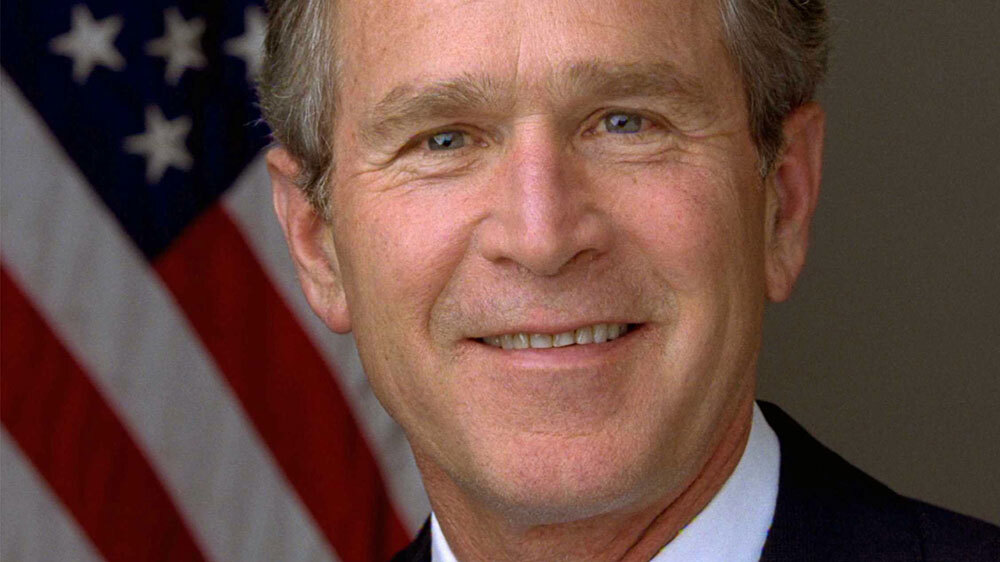 In his Jan. 20th, 2001 inaugural address, George W. Bush declared, "With a simple oath, we affirm old traditions and make new beginnings." Little could he have imagined just how much the nation would miss the simple, old traditions after the terrorist attacks of 9/11. A world of "new beginnings" was indeed affirmed.

Although 9/11 may be the defining moment of Bush's two terms as president, it's not what defines the man himself. His popularity, especially during his first term, was a reflection of his political image as a plainspoken Southerner.

Bush is a man who prided himself on meeting his wife Laura at a backyard barbecue, and sitting in the stands to watch Texas Rangers baseball long after he owned the team. When delivering the 300th commencement address at Yale University, his alma mater, he declared: "To the C students, I say, 'You too can be president of the United States.'" 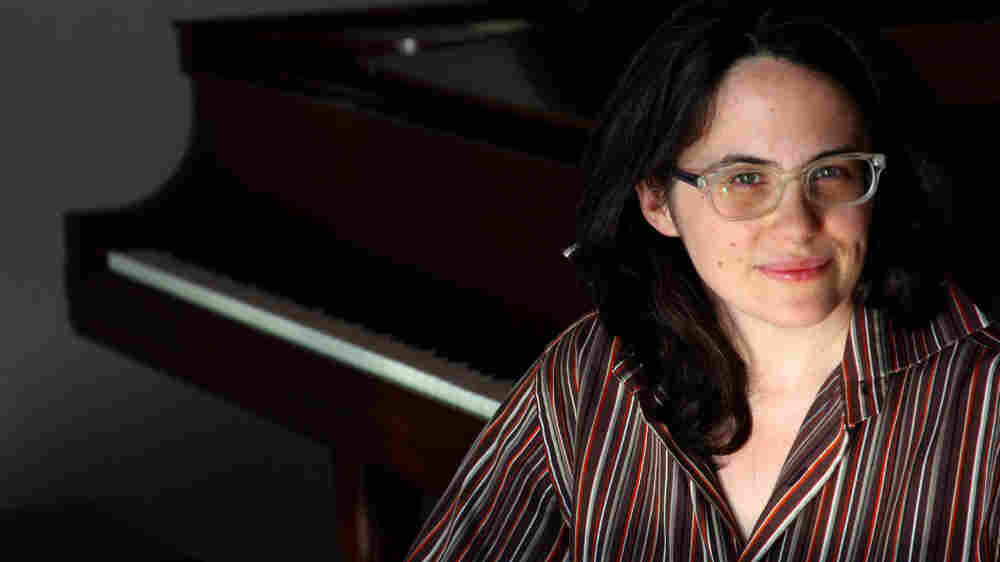 Composer Nora Kroll-Rosenbaum found it difficult to set the words of a living president. courtesy of the artist hide caption 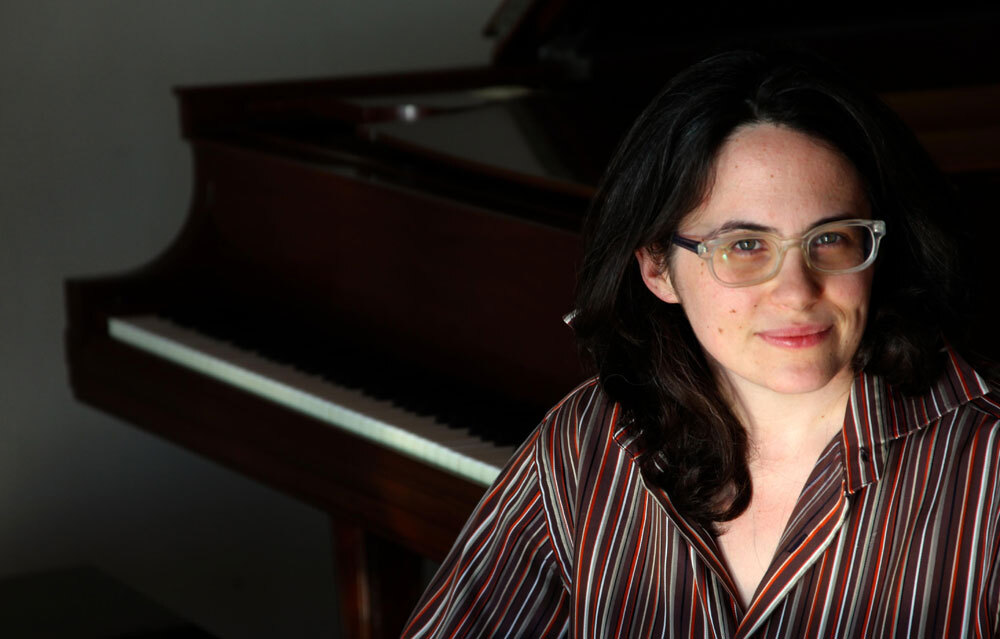 Composer Nora Kroll-Rosenbaum found it difficult to set the words of a living president.

Bush's image was not lost on composer Nora Kroll-Rosenbaum, who set his inaugural phrase to music for the Mr. President project. Her song is titled "A Simple Oath."

Kroll-Rosenbaum says the words that popped out at her "were 'simple,' mostly because of the way Bush kind of positioned himself as being a simple, old-fashioned president. And then his vision of 'new beginnings' — and the irony and the heartache of looking at that text after the fact, knowing now what we know about what happened in history, made this text that was seemingly simple all the more complicated."

"Simple" is a theme that also resonates for choral conductor Judith Clurman, who commissioned the music.

"Think about how many words are in the presidential oath," Clurman says. "It's simple, right? I asked a former student of mine, Nora Kroll-Rosenbaum, to write something on George W. Bush and it's beautiful, very simple and elegant and quiet. Quiet is an important word. Sometimes, less is more in making music, an elegance. And I love these words."

And when it came time for Kroll-Rosenbaum to set pen to music paper, she thought about the president's penchant for colloquial speech.

"George Bush has a very simple language," the composer says. "And so I wanted to be very simple about the way that I set the text, and I wanted to be very clear. Basically, I divided up the chorus into two parts. The sopranos and the tenors really function as one group, and the altos and the basses function as another group. And they are echoing each other, they're singing rounds, and the sopranos and tenors are climbing up the scale."

Kroll-Rosenbaum also pondered her own patriotism while composing the song. For reason's she's still not sure of, she felt the need to weave into her song a very subtle quote of the patriotic song "America."

"I don't know if I was trying to be subversive in terms of this whole relationship with the President," Kroll-Rosenbaum says. I feel patriotic as an American, even though it's a complicated feeling and it's a complicated patriotism — it's one that involves questioning of this place and this culture and our traditions."

Nora Kroll-Rosenbaum has written music for film, theatrical stages and concert halls internationally. She recently completed a commission for the 40th Anniversary of The London Symphony Chorus with string orchestra, and has written for the Seattle Symphony, Detroit Symphony, San Francisco Symphony, Pennsylvania Chamber Orchestra, Ensemble Green in Los Angeles, Hollywood Studio Orchestra, The New York Concert Singers, The Kinor Ensemble, Jim Henson's Sesame Street Muppets, Project Youth Chorus, The Young People's Chorus of New York City, Greenwich House Music and VisionIntoArt. She received the ASCAP Morton Gould Young Composers Award for her work Two Songs from Days of Innocence, which is published by Boosey & Hawkes and released by Vital Records. Nora studied composition at The Juilliard School with Samuel Adler and Milton Babbitt. Upcoming commissions include a new work for The Cabrillo Festival of Contemporary Music as well as a number of new film scores.