Accessibility links
Happy Birthday 'Fanciulla' — Puccini's Spaghetti Western Turns 100 : Deceptive Cadence Puccini's neglected spaghetti western makes a centennial return to the Metropolitan Opera in New York. Although the music is some of Puccini's most daring and satisfying, the opera has languished behind his bigger hits. 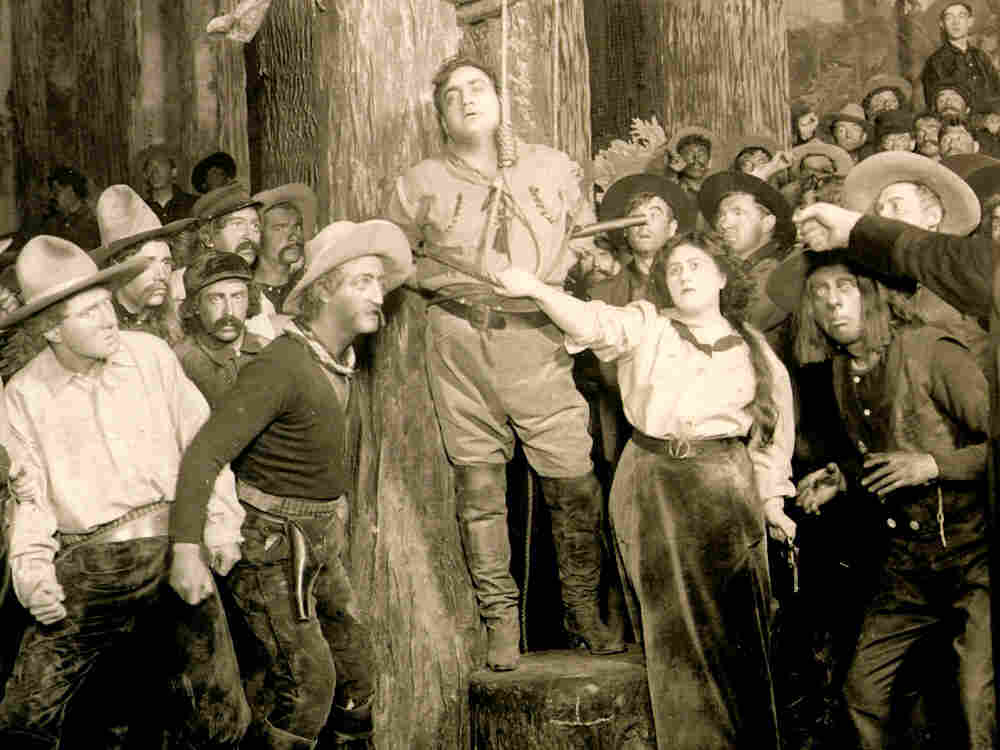 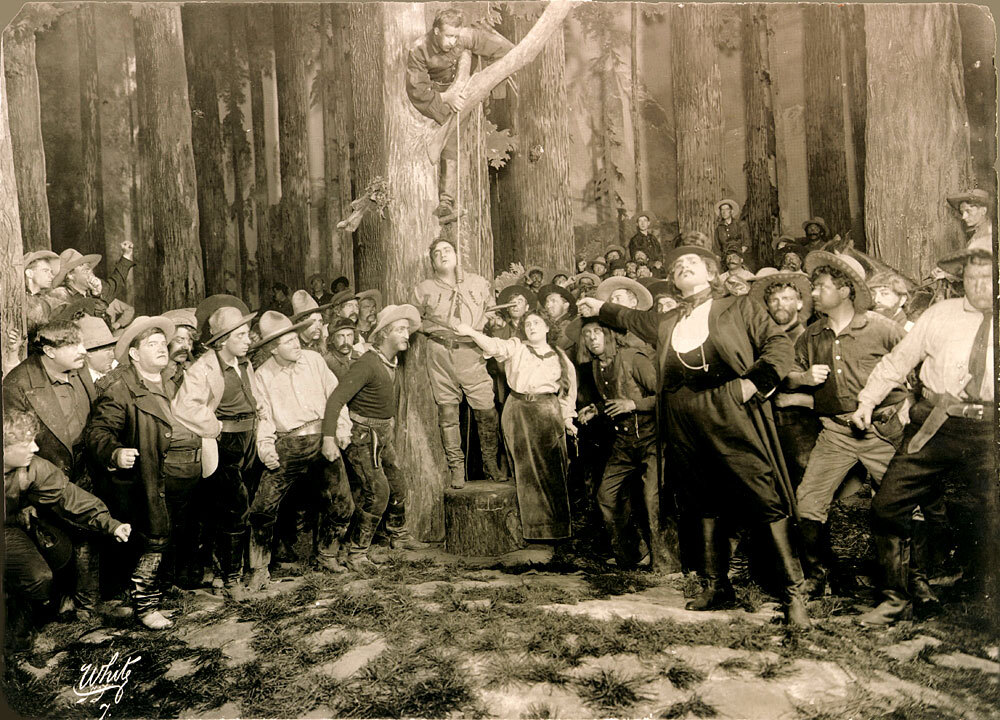 Puccini's La Fanciulla del West (Girl of the Golden West), is his best, least-known opera. It premiered Dec. 10, 1910 at the Metropolitan Opera in New York, with conductor Arturo Toscanini leading a starry cast including Enrico Caruso, Emmy Destinn and Pasquale Amato. Regrettably, none of them ever recorded a note of it.

Puccini was intrigued by exotic locales — Fanciulla was written just after the Japan-based Madama Butterfly. He chose to set this tale of roughneck California gold miners after seeing a performance of David Belasco's play of the same name on a trip to New York in 1907.

Cori Ellison, in her wonderfully informative profile of the opera for The New York Times, notes that even the signing of the contract between Puccini and the Met (with a golden pen) was a much-publicized deal with plenty of pampering for the composer.

The premier itself was a grand success, with dozens of curtain calls — even after the first two acts — but Fanciulla never reached the heights of popularity that many of Puccini's operas enjoy. These days, it's hard to know why, especially when hearing the terrific score. It's laced with bolder harmonies than La Boheme, yet still has those sweeping Puccini melodies, and its scenes range from nail-biting, to heart-warming, to high-spirited ("Whiskey per tutti!").

Puccini is sometimes chastised for his fragile female characters, many of the weak, consumptive and — by opera's end — dead kind. But that's not the case in Fanciulla. Minnie, the female lead, is a strong force, a Miss Kitty from Gunsmoke kind of clear-headed saloon-keeper. Instead of dying for her man, she draws her pistol and saves him. 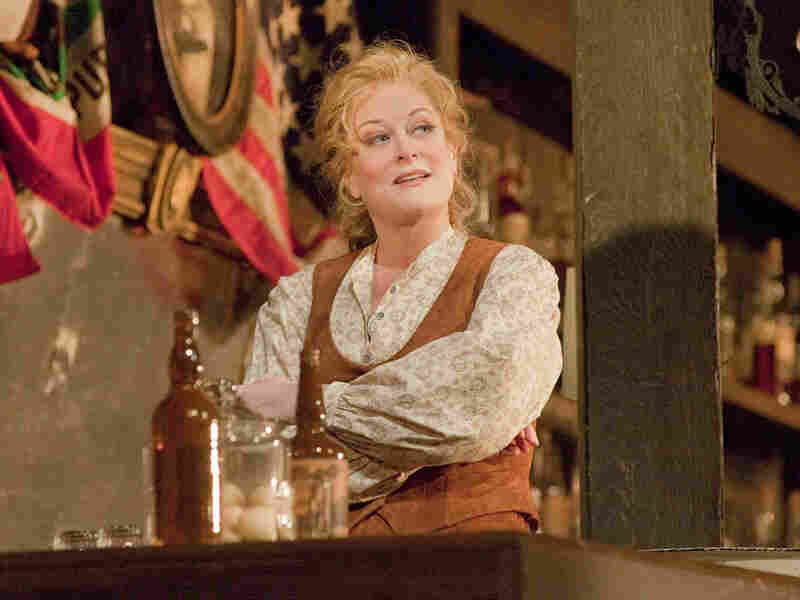 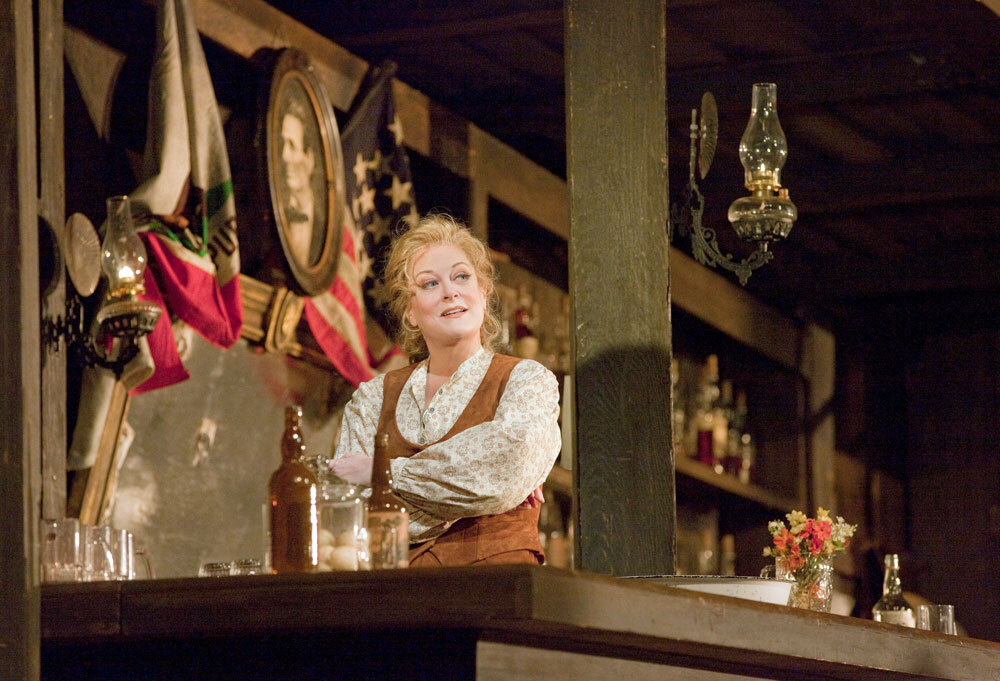 Although Fanciulla has received a few good recordings (from Placido Domingo, Renata Tebaldi and Birgit Nilsson) in the past 100 years, productions other than those at the Met have been surprisingly scarce.

Appropriately, for the opera's 100th anniversary, it's back at the company that created it, in a well-received production starring soprano Deborah Voigt and tenor Marcello Giordani that runs through Jan. 8. If you can't make it to New York, you can see the opera live in movie theaters as a part of the Met's Live in HD series.